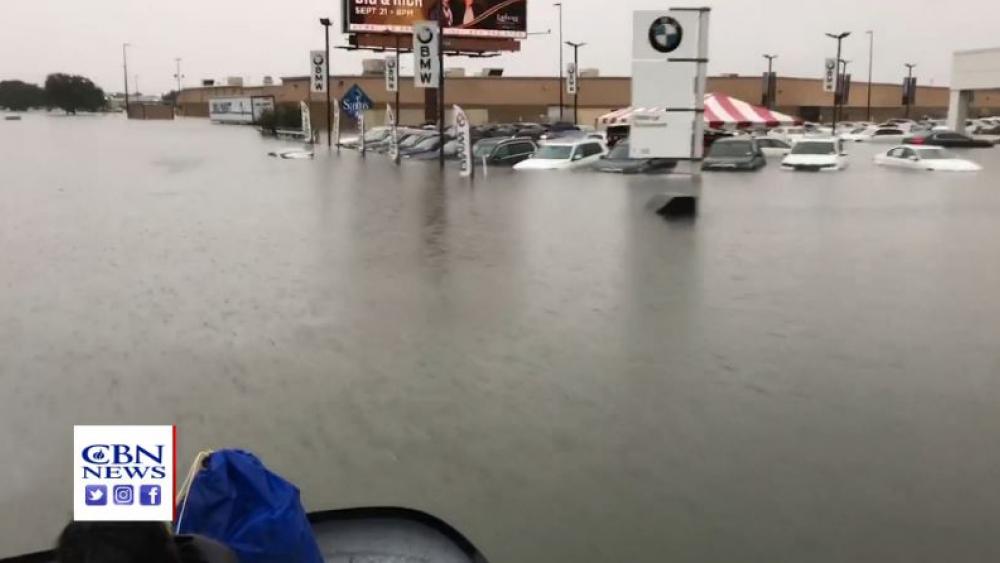 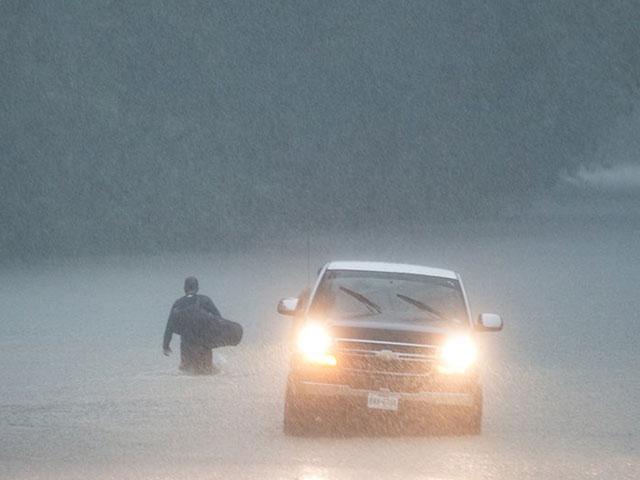 CBN News Contributing Correspondent Chuck Holton has sent in this video from his friend Kenny Vaughn in Beaumont, Texas, who's rescuing people from the flooding with this boat. Click the player to watch.

Officials in Harris County, which includes Houston, said there had been a combination of at least 1,000 high-water rescues and evacuations to get people to shelter, in anticipation of the threat lingering.

Although the amount of predicted rainfall is massive - forecasters say some places could see 40 inches (100 centimeters) or more this week - Imelda's deluge is largely targeting areas east of Houston, including the small town of Winnie and the city of Beaumont.

Still, the Houston area faced heavy rains Thursday, leading forecasters to issue a flash flood emergency through midday Thursday for Harris County. In that area, forecasters said 3 to 5 inches (7.5 centimeters to 12.5 centimeters) of rain is possible per hour.

Sylvester Turner, the mayor of Houston - the fourth-largest city in the U.S. - joined other Texas officials in urging drivers to stay off the roads. And even as the intensity of the deluge around Houston began to weaken in some parts, the area of 4.7 million people was still getting drenched with 1-2 inches of rain an hour, and some areas were warned that the high water in their neighborhoods might not recede until the weekend.

Imelda is the first named storm to impact the Houston area since Harvey hovered for days in August 2017 and inundated the flood-prone Gulf Coast. The storm dumped more than 5 feet (1.5 meters) of water on the town of Nederland, Texas, near the Louisiana border.

No reports of deaths or injuries related to the storm were immediately reported Thursday.

East of Houston, some local officials said the rainfall was causing flooding worse than what happened during Harvey. In Winnie, a town of about 3,200 people 60 miles (95 kilometers) east of Houston, a hospital was evacuated and water was inundating several homes and businesses.

"It's as bad as I've ever seen it. Right now I'm in an absolute deluge of rain," Chambers County Sheriff Brian Hawthorne said Thursday morning as he took cover under a carport at an auto dealership in Winnie. The town "looks like a lake."

Hawthorne said emergency workers completed more than 300 rescues overnight and some residents were up on their roofs because of rising floodwaters.

Airboats from the sheriff's office and the Texas Parks & Wildlife Department were helping with the rescues, along with high-water vehicles, Hawthorne said.

"Right now, as a Texas sheriff, the only thing that I really want is for people to pray that it will quit raining," he added.

Texas Department of Transportation spokeswoman Sarah Dupre said officials do not know exactly how many people were stranded in their cars on a more-than-25-mile-stretch of Interstate 10 that was closed between Winnie and Beaumont. Louisiana officials also closed a portion of Interstate 10 heading west into Texas.

Dupre said the department was currently working with local law enforcement on a plan to get people off the roadway.

In Beaumont, a city of just under 120,000 people about 30 miles (50 kilometers) from the Gulf of Mexico, authorities said all service roads were impassable and two hospitals were inaccessible, the Beaumont Enterprise reported. Beaumont police said on Twitter that 911 had received requests for more than 250 high water rescues and 270 evacuations.

"It's bad. Homes that did not flood in Harvey are flooding now," said Jeff Branick, a presiding official with the title of county judge for Jefferson County, which includes Beaumont.

During Harvey, Beaumont's only pump station was swamped by floodwaters, leaving residents without water service for more than a week.

The Jefferson County sheriff's office said in a Facebook post that residents of an area where a levy was deteriorating should use their boats to pick up neighbors and carry them to safety.

The National Weather Service issued a flash flood emergency for several counties, saying "life-threatening amounts of rainfall" have fallen and more was expected Thursday. Imelda's center was about 110 miles (180 kilometers) north of Houston early Thursday and was moving north-northwest at 5 mph (7 kph), according to the National Hurricane Center.

Heavy rainfall occurred Wednesday in many areas. Thunderstorms spawned several weak tornadoes in the Baytown area, about 25 miles (40 kilometers) east of Houston, damaging trees, barns and sheds and causing minor damage to some homes and vehicles.

Coastal counties, including Brazoria, Matagorda, and Galveston, were hit hard by rainfall through Wednesday. Sargent, a town of about 2,700 residents in Matagorda County, had received nearly 20 inches (50 centimeters) of rain since Tuesday.

Karen Romero, who lives with her husband in Sargent, said it was the most rain she had had in her neighborhood in her nine years living there.

She said her home, located along a creek, was not in danger of flooding as it sits on stilts, like many others nearby.

In the Houston area, the rainfall flooded some roadways Wednesday, stranding drivers, and caused several creeks and bayous to rise.

The National Hurricane Center said Imelda weakened to a tropical depression after making landfall as a tropical storm Tuesday near Freeport, Texas, with maximum sustained winds of 40 mph (64 kph).

The flooding from Imelda came as Hurricane Humberto blew off rooftops and toppled trees in the British Atlantic island of Bermuda, and Hurricane Jerry was expected to move to the northern Leeward Islands on Friday and north of Puerto Rico on Saturday.

2nd '500-Year Rainfall' in 2 Years Will Cause $6 Billion to $8 Billion in Damages, AccuWeather Predicts 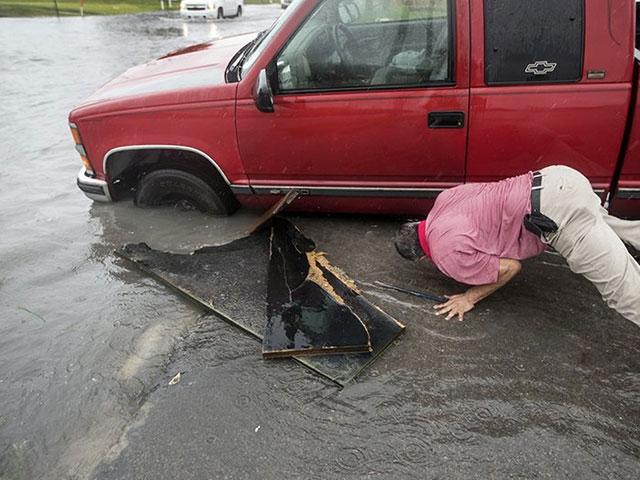 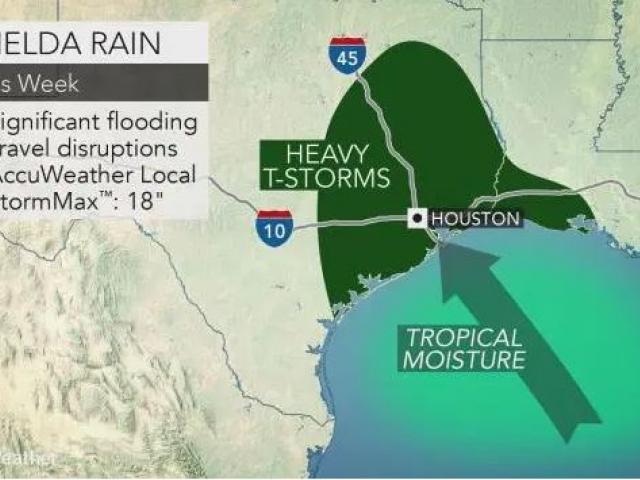