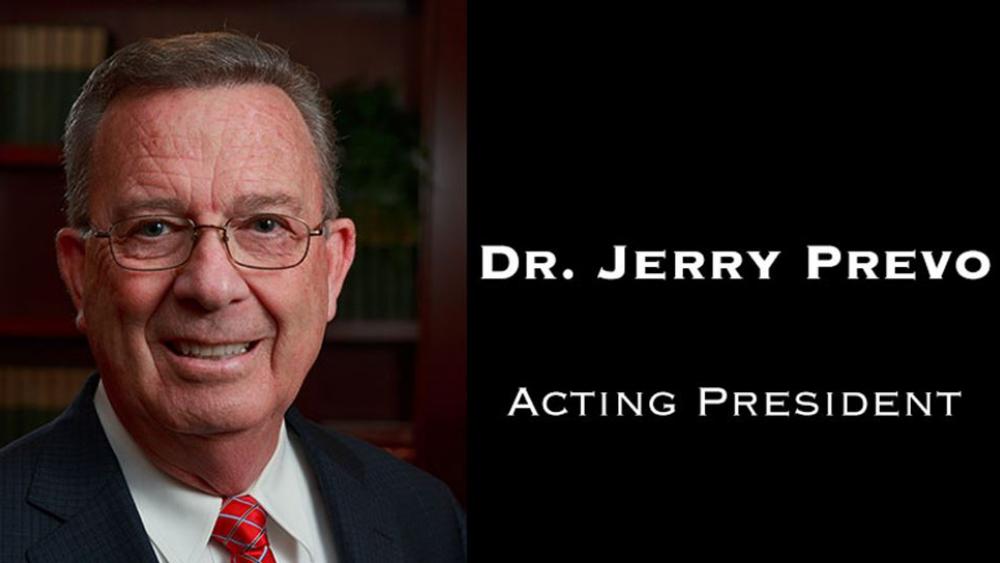 Liberty University announced on Monday that Dr. Jerry Prevo will serve as acting president of the school.

This follows the announcement on Aug. 7 that the school's board of trustees and President Jerry Falwell, Jr. agreed to Falwell taking an indefinite leave of absence following intense backlash after sharing a questionable photo with a young woman.

Falwell's father founded the Christian university in 1971. Its main campus is located in Lynchburg, Virginia.

Prevo, 75, has served as the chairman of Liberty's board of trustees since 2003. He recently retired as the senior pastor of Anchorage Baptist Temple in Alaska.

Pastor Dean Inserra, the lead pastor at City Church in Tallahassee, Florida, and a Liberty grad appeared on the Tuesday afternoon edition of CBN's Newswatch to talk about the leadership change and his hopes for the school going forward.

Newswatch is seen weekdays on the CBN News Channel.