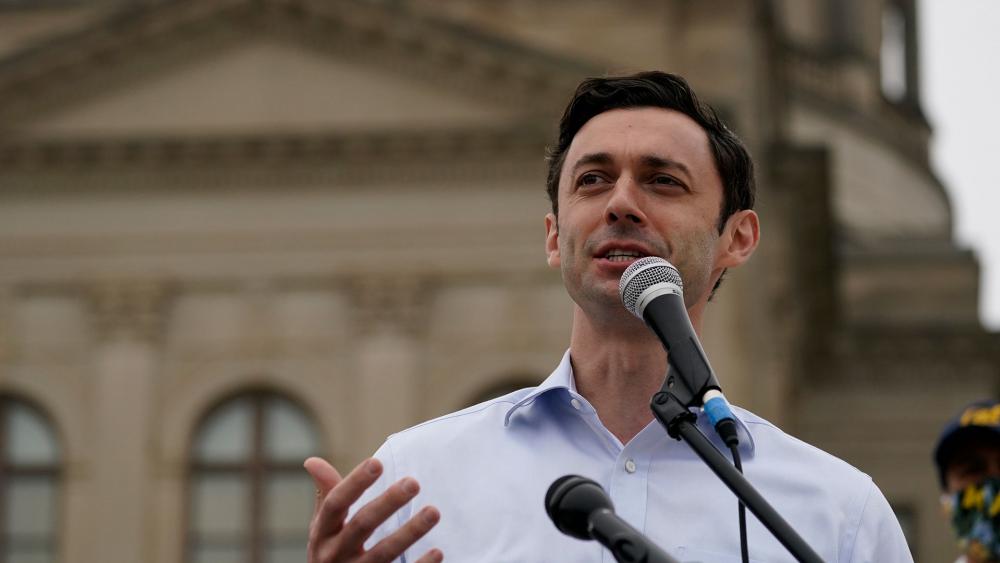 Project Veritas has posted an undercover video to social media showing the deputy political director of Georgia US Senate Democratic candidate Jon Ossoff acknowledging that Democrats do have plans to pack the Supreme Court with liberal justices if they can achieve a Jan. 5th election win in both US Senate runoff races in the state.

James O'Keefe, the founder of the whistleblower website, posted the video to Twitter on Thursday that shows the Ossoff campaign's Max Harris talking about the Democrats' plans for the high court.

"If Biden gets elected, maybe we'll add three justices to the Supreme(Court)"

"I can't say that here today(Pack the court), but…" pic.twitter.com/PQ2pGnDpIG

"Why not? Really?" the undercover journalist asks.

"Well, it's not the official...The official position of the party right now is not 'aggressively pack the court'," Harris answers. "It's, 'We're waiting and seeing how the nomination process goes' and then we'll go from there."

"We're gonna do whatever it takes. Whatever it takes, I don't care," the journalist said. "So if that means keeping the low key, progressive stance hidden, I am about it. Because that's..."

"I think that privately, a lot of people, share that feeling, but it's more about trying to prevent conservatives' vote on the (Supreme) Court," Harris interjects.

"What do you think about defunding the police and all that?" the journalist asks Harris.

"Um. I think it's bad branding," Harris replies. "I think that if you go to people and you say, 'Look how much we're spending on police departments compared to things like education,' and you can provide evidence. I think most people would look at that and say, 'Yeah, there's something that's not right here.' But when it comes to things like defunding the pol-- like the slogan 'Defunding the Police' the way that politics works, you're just feeding right into the narratives that the other side is painting about law and order and violence."

"Right. So I think that the slogan (Defund the Police) is over-simplified and it doesn't help Democrats. That's my personal opinion," Harris continued.

"So what would be a better way, another better term, 'Demilitarize the Police'?" the journalist asked.

"Demilitarize the Police and also and I think that's also something about defunding the police that's interesting to me is that, if you just heard, I forget what his name is, talking about police brutality in Nigeria," Harris responds. "Police brutality doesn't just...It might disproportionally affect people of color, but it's a winning issue. Conservatives can get behind the idea that the government is too powerful. And that it's using its power to bludgeon citizens whose rights...They're violating their rights."

"So why don't we start being creative about the way we're framing these issues so that people who might not agree with us in theory can start seeing the light," Harris said as the video concludes.

Contrary to what his staff member says in the undercover video, Ossoff has gone on record opposing packing the Supreme Court with more justices to turn it into a liberal court. In a September interview with Classic City News, he said, "We shouldn't expand the Supreme Court just because a justice may be confirmed with whom we disagree on policy."

Sen. David Perdue (R-GA), whom Ossoff is trying to unseat, has been trying to get Ossoff to go further and support a constitutional amendment limiting the number of Supreme Court justices to nine. So far, Ossoff has not agreed to support the proposal, according to Fox News.

Raphael Warnock, the Democrat challenger running against Republican Sen. Kelly Loeffler in the other Georgia runoff election, dodged the question of court-packing during an interview with the Washington Free Beacon early last month.

"I think it's presumptuous for me to go further down that path—talking about what ought to happen with the courts," Warnock said. "I'm hopeful that the people of Georgia will look at my life, look at my record, and give me the great honor of representing them in the United States Senate."

During an interview with CBS' "60 Minutes" back in October, former Vice President Joe Biden said he would form a commission to look at "how to reform the court system," after he was reluctant to give details to the media about where he stood on packing the high court.

"If elected, what I will do is I'll put together a national commission, a bipartisan commission of scholars, constitutional scholars, Democrats, Republicans, liberals, conservatives," Biden said. "I will ask them to, over 180 days, come back to me with recommendations as to how to reform the court system because it's getting out of whack."