Hey Rush, Today We Are All Ditto Heads 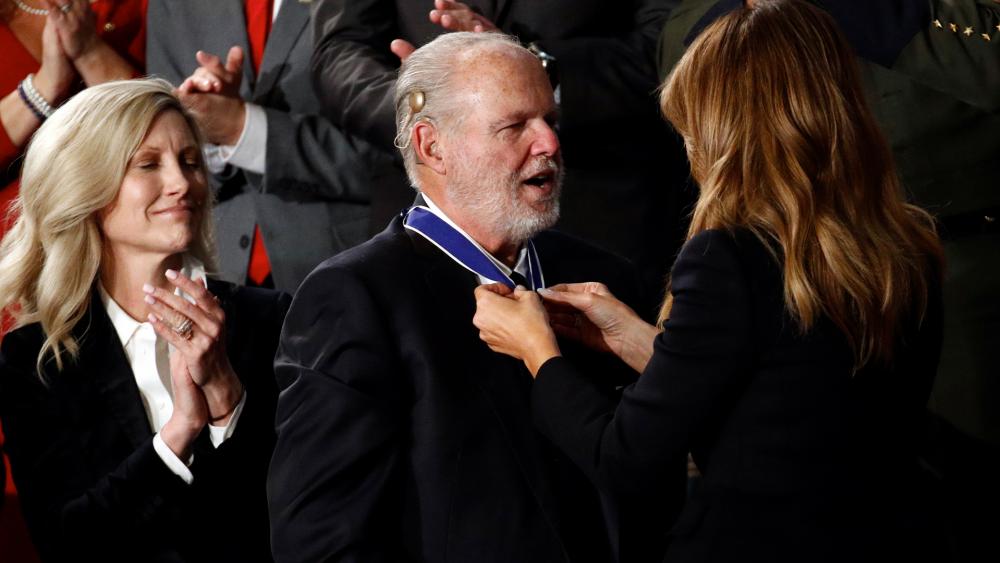 I heard the news about Rush Limbaugh just a few minutes after I concluded Monday's talk radio show.

Rush is one of my radio heroes – like Paul Harvey – a heartland legend.

He's one of the good guys in the radio business and a brilliant broadcaster and entertainer.

I'll never forget the first time I heard the Excellence in Broadcasting Network – finally, there was a guy on the radio who said what I was thinking.

He helped me find my voice as a young conservative and a broadcaster. He showed the nation that conservatives could be intellectual, engaging and wickedly funny. Anyone remember the Clinton parodies or Algore or Barack the Magic..lol haha.

El Rushbo used the hallowed EIB Golden Microphone to channel the voices of conservatives from across the fruited plain – from Ivy League students to Blue Collar workers.

His show to this day is indeed a daily excursion into broadcast excellence. And I'm a proud subscriber to the Limbaugh Letter – one of the best political newsletters in the country.

Rush spent his career standing up for conservatives and standing up for talk radio. And now it's time for us in the industry to stand alongside America's Anchorman during these difficult days.

Pray for Rush and his wife and the Limbaugh family. And pray for all the good-hearted broadcasters working behind the scenes at the EIB Southern Command.

The Bible tells us that God's mercies are new every morning. And I pray that the Good Lord will shower Rush and his family with an abundance of blessings every single day.

We all know that Rush Limbaugh is a fighter.  And cancer picked a fight with the wrong talk radio host.

Today – we are all Ditto Heads – even you folks in Rio Linda.

Todd Starnes is a nationally-syndicated talk radio host and best-selling author. His website is toddstarnes.com. He is also a Ditto Head.