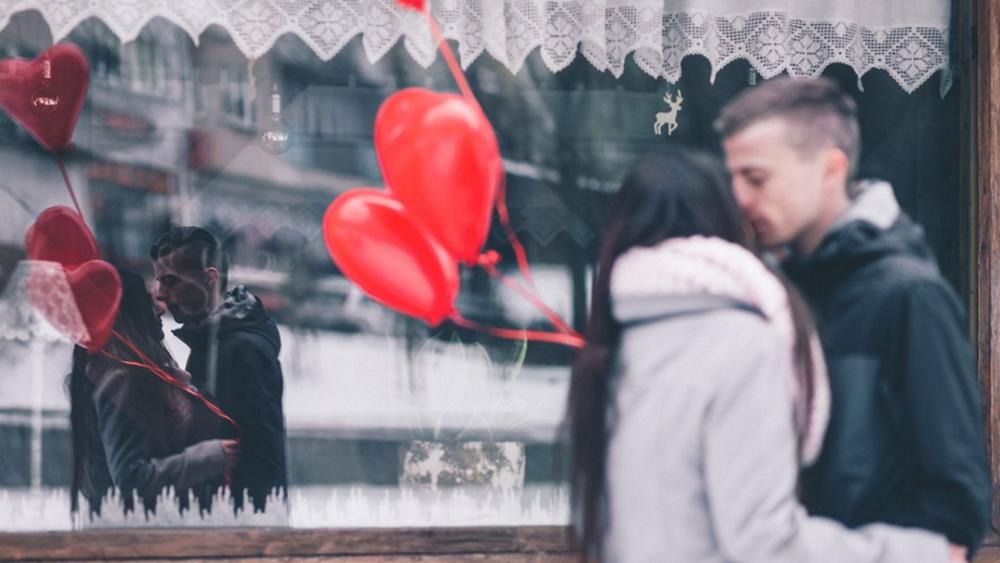 Holding hands across the table, the newlywed couple was ready to celebrate their first Valentine’s Day in love as husband and wife. Everything was going great until the woman in the red dress strolled past the table. Temptation. The husband struggles to maintain his actions but he gives in and allows his eyes to follow her as she walks to her table.

Completely startled, this new bride has tears stinging at the corners of her eyes.  She thinks to herself, “It’s Valentine’s Day and I can’t believe he is doing this!”. She quickly brushes her emotions aside and vows that nothing else will spoil this beautiful night.

About an hour later, just as they were getting ready to take to the dance floor, the husband excuses himself. In disbelief, his wife watches as he goes out of his way to walk past the woman in the red dress’ table. Lust.

The undeniable grip of lust had its way with him and surely this was not the first time.

With this, the damage was done. Her heart was crushed. The remainder of the evening was plagued with the memories of this young husband’s wandering eyes.

The Problem with Lust

Some may argue, “What’s the big deal? It was only a glance.” But for this wife, and countless other wives around the world, they are hit with the realization that maybe they are not enough. As situations like this continue throughout a lifetime, the damage to the relationship will likely become catastrophic.

Even if the couple stays together, if lust and sexual sin are not dealt with properly, the relationship will always be void of trust and true intimacy.

The Merriam-Webster dictionary defines lust as “usually intense or unbridled sexual desire”. The roots of lust usually begin on a small scale. If left unchecked, they can grow to an addiction level.

Lust has been around since the beginning. Adam and Eve allowed their “appetite” to lead them into the original sin. And David lusted after Bathsheba, causing a host of life problems for all involved.  David’s sin even cost him the life of his son.

Many who struggle with lust can track those roots back to their teen years.

For most, the teen years offer a time of self-exploration as sexual maturity occurs. These are critical years where healthy habits are formed and a positive body image is developed.

At increasing levels, more and more teens are struggling in this area.  Today’s media is constantly unleashing an arsenal attack of sexuality, perversion, and judgment.  Television shows often exemplify that only perfection can succeed, and often set an unattainable standard for which teens attempt to live by.  Movies, magazines, and music are constantly putting sexually explicit content as the main focal point.  And social media promotes the “selfie”, where everyone appears to have their lives together and in perfect order.  This often causes individuals to envy or lust after another person and their life.  It leaves little, if any, room to recognize that everyone has imperfections or past hurts.

Self-esteem is typically a huge struggle throughout the teenage years.  Too often, individuals tend to seek out the validation of their peers.  This can lead to depression, addiction, or extreme measures being taken in an effort to fit in.

As adults, we must recognize that it is our responsibility to train up our children.  It is our job to regularly discuss healthy sexuality and other issues that our kids are facing.  And it’s never too early to begin those conversations.  Remember, the world is greatly influencing the development of our children’s arousal template.  We must become a voice of reason and discernment, and live a life that sets a positive example to this generation.

Understand that simple, yet risque, advertisements can sometimes be enough to spark the roots of lust.  These can take hold and often develop into more serious problems down the road.  They can also spark curiosity.

If a child does not have an open relationship with a parent, they may instead turn to the internet for answers to their questions.  Even without searching for anything explicit, a child can be introduced to pornography.  The Barna Group reports that 85% of teens and young adults who have viewed pornography did so using online videos.

Yes, we know that the internet can be a great source of information and entertainment.  However, we also want to caution parents that guarding your children against the potential harm is vital.

“The righteousness of the upright delivers them, but the treacherous are taken captive by lust.” – Proverbs 11:6 ESV

In Love, The Early Married Years

Often what becomes a small crutch in the early years becomes a huge life-altering struggle down the road. The roots of lust start small yet run deep.

1 Thessalonians 4:4 (NIV) says, “that each of you should learn to control his own body in a way that is holy and honorable, not in passionate lust like the heathen, who do not know God.”

Many churches around the world now offer a Conquer Group for men. In some locations, the Conquer Series has been used with women and couples as well.

If you’re ready to take the steps necessary to restore intimacy with God and your spouse, you will need to deal with every element of sexual sin – including lust. Invest in yourself, your marriage, your family, and your church – order the Conquer Series today!