Trump's Legal Team Rests Their Case, but McConnell Warns of a Mutiny Over Witnesses – Now What? 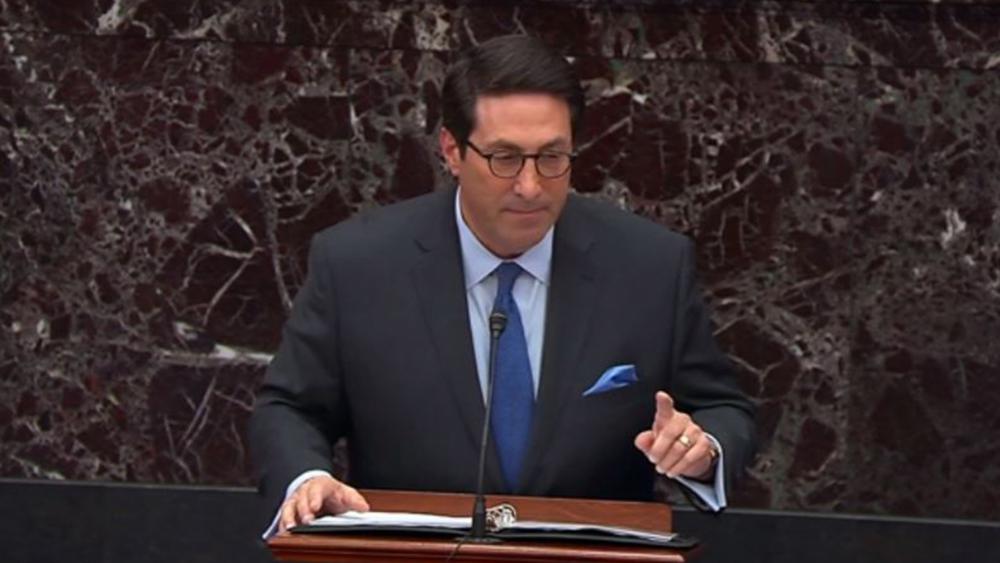 Trump's Legal Team Rests Their Case, but McConnell Warns of a Mutiny Over Witnesses – Now What?

President Donald Trump's legal team wrapped up their defense Tuesday afternoon, ending the argument period of the trial. But now Senate Majority Leader Mitch McConnell is warning that enough Republicans may join the Democrats to demand witnesses testify, adding some major uncertainty to the next phase.

Jay Sekulow, Trump's personal attorney, took a dismissive swipe at an unpublished book by John Bolton that is said to contradict a key defense argument.

“It is not a game of leaks and un-sourced manuscripts," said Sekulow. “That's politics, unfortunately."

He was referring to media reports about a soon to be released book by Trump's former national security adviser, who writes that Trump told him that he wanted to withhold military aid from Ukraine until it helped with investigations into Democratic rival Joe Biden. Trump and his lawyers have repeatedly insisted he never tied the security aid to political investigations.

One of the president's lawyers, Deputy White House Counsel Pat Philbin, told the senators that America's Founding Fathers took care to make sure that impeachment was narrowly defined, with impeachable offenses clearly enumerated.

“There has to be a defined offense in advance," Philbin said.

Democrats have demanded witnesses since the Senate trial began, and now some Republicans are expressing openness to the idea.

In response, one Republican, Sen. James Lankford of Oklahoma, is floating an idea to subpoena Bolton’s book manuscript so senators can see the evidence themselves – but only in private.

Sen. Lindsey Graham (R-SC) wrote on Twitter that he “totally” supports Lankford's proposal. Graham, a key Trump ally, said the Bolton document should be made available to the Senate, in a classified setting, “where each Senator has the opportunity to review the manuscript and make their own determination."

However, Senate Minority Leader Chuck Schumer (D-NY), called the proposal, which would keep Bolton out of public testimony, “absurd."  He said, “We're not bargaining with them. We want four witnesses, and four sets of documents, then the truth will come out."

News of the possible Bolton revelations distracted from hours of arguments Monday by Trump's lawyers, who declared anew that no witness has testified to direct knowledge that Trump's delivery of aid was contingent on investigations into Democrats.

“We deal with transcript evidence, we deal with publicly available information," Sekulow reminded senators. “We do not deal with speculation."

Trump is charged with abusing his presidential power by asking Ukraine's leader to help investigate Biden at the same time his administration was withholding hundreds of millions of dollars in security aid. A second charge accuses Trump of obstructing Congress in its probe.

Even as defense lawyers laid out their case as planned, it was clear Bolton's book had scrambled the debate over whether to seek witnesses. Trump's legal team has rejected Bolton's account, and Trump himself denied it.

“I NEVER told John Bolton that the aid to Ukraine was tied to investigations into Democrats, including the Bidens," Trump tweeted. "If John Bolton said this, it was only to sell a book.”

Next Phase of the Trial

In the next phase of the trial, senators will get the chance to ask questions of both the House impeachment managers and the president's lawyers during a 16-hour period that will begin in the next day or so.

The Senate majority and minority will go back and forth posting written questions that will be read aloud by Chief Justice John Roberts.

After the question and answer period, impeachment managers and the president's legal team will debate new evidence and call any new witnesses.

McConnell Facing a Mutiny Over Witnesses?

Senate Majority Leader McConnell told senators privately Tuesday he does not yet have the votes to block new witnesses in the trial.

McConnell convened a closed-door meeting of GOP senators shortly after Trump’s legal team made its closing arguments in the trial, the third and final day of defense proceedings punctuated by revelations from John Bolton, the former national security adviser. A Republican familiar with the meeting was not authorized to describe it by name and requested anonymity, according to The Associated Press.

The GOP leader faced a handful of potential defections, but several days remained before any potential witness vote would be taken.

A decision to call more witnesses would need 51 votes to pass. With a 53-seat majority, Republicans can only afford to lose three Republicans to prevent more debate over witnesses.