'To Injure My Wife and Kids': Tucker Carlson Says NYT Planning to Expose Where His Family Lives 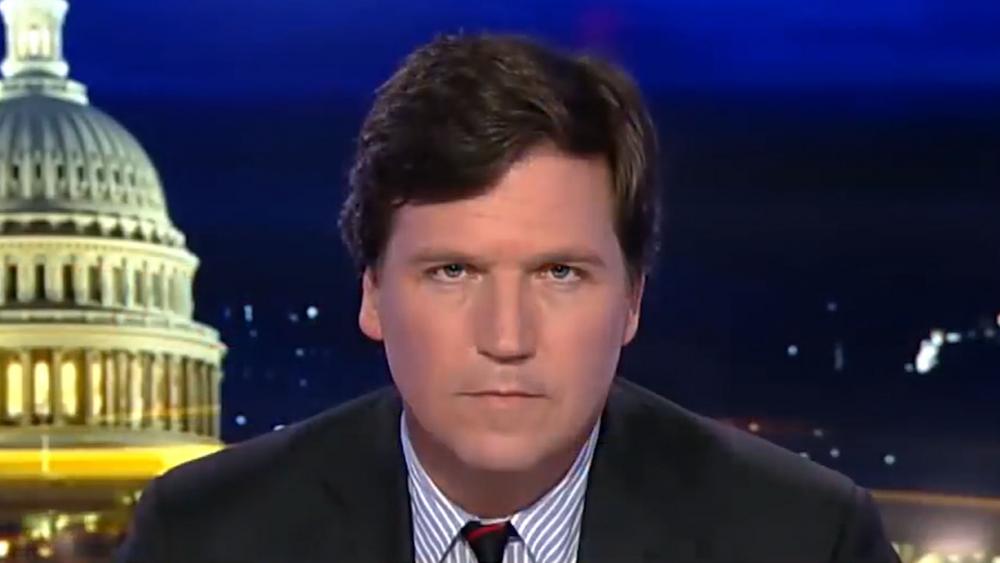 Popular Fox News Host Tucker Carlson announced at the end of his show Monday night that The New York Times is planning to publish a story about where his family currently lives after his house in Washington, DC was vandalized. Carlson and his family subsequently moved for safety reasons.

The Fox host said, "Last week, the New York Times began working on a story about where my family and I live."

"As a matter of journalism, there is no conceivable justification for a story like that," he said. "The paper is not alleging we've done anything wrong and we haven't. We pay our taxes. We like our neighbors. We've never had a dispute with anyone. So why is the New York Times doing a story on the location of my family's house? Well, you know why. To hurt us, to injure my wife and kids so that I will shut up and stop disagreeing with them."

"They believe in force. We've learned that" he added.

Carlson recalled for his viewers an incident that occurred in late 2018 when a left-wing journalist published his address and members of Antifa showed up at their house, vandalizing it and threatening his wife. He explained his family eventually decided to move after receiving death threats.

During the three-minute segment, Carlson named the reporter and the photographer who he said was working on the Times story.  He said the paper was supposed to publish their story this week.

"Editors there know exactly what will happen to my family when it does run. I called them today and I told them. But they didn't care," he said. "They hate my politics. They want this show off the air. If one of my children gets hurt because of a story they wrote, they won't consider it collateral damage. They know it's the whole point of the exercise. To inflict pain on our family, to terrorize us, to control what we say."

Carlson then asked how the reporter, photographer, and even the editors at the newspaper would feel if they broadcast the pictures of their homes and televised where they lived.

"Would that qualify as journalism?" the Fox News host asked. "We doubt they would consider it journalism. They'd call it criminal behavior if we did it. And that tells you everything."

In a statement to Mediaite, a New York Times spokesperson said: "While we do not confirm what may or may not publish in future editions, The Times has not and does not plan to expose any residence of Tucker Carlson's, which Carlson was aware of before tonight's broadcast."