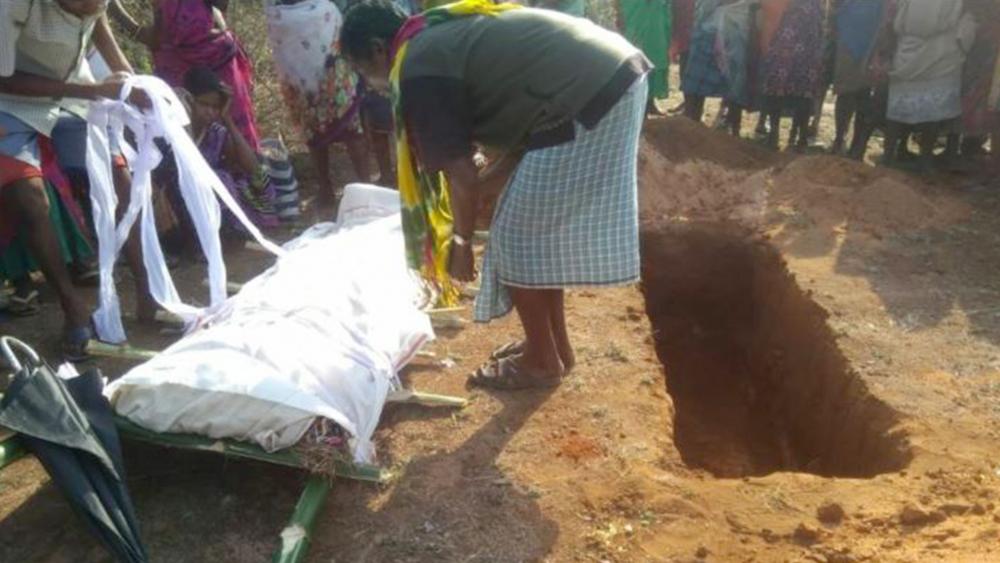 Imagine being so persecuted in your own community that even when a member of your family dies, you're prevented from burying them. That's exactly what has happened to several Christian families in the state of Chhattisgarh, India.

ADF India reports that despite a national lockdown due to the COVID-19 pandemic in place, six incidents of targeted violence against Christian occurred during the month of April. In most of these incidents, Christians were asked to attend their village meetings in which they refused to participate in religious rituals that violate their conscience. When the Christians refused to participate in these rituals, they were attacked by large mobs.

Local law enforcement officials have done nothing in response to these attacks.

Then last month in three separate incidents, Christian families were told that since they haven't participated in the village's religious rituals, they would have to pay restitution, along with a fine, before their loved one can be buried in the village cemetery.

There have been 15 confirmed incidents of Christians not being allowed to bury their dead, according to ADF India.

In response, ADF India's Chhattisgarh Legal Aid Center brought the situation to the attention of the nearest police station and the police officer in charge of the district where the incident took place. Upon their intervention, the Christians were provided police protection, and in some cases even provided land by the government, so they could bury their loved ones.

Christian leaders in Chhattisgarh plan on submitting a memorandum to the government to prevent the repetition of such instances of social exclusion and physical violence. They may also petition the state's high court at Bilaspur for appropriate directions.

Christians in India have seen a rise in persecution since 2014 when the current ruling party took power, and Hindu radicals have attacked believers with little or no consequences. But the attacks come from other sects as well.

As CBN News reported last month, a mob of animists in central India attacked members of five Christian families after they refused to renounce their faith in Jesus Christ.

The Christians had forbidden a tribal animist leader, Dulla Poyami, to perform tribal worship on their land.

India ranks #10 on Open Doors USA's 2020 Watchlist of countries where Christians are likely to be persecuted for their faith.

Members of Christian Families in India Beaten, Threatened After Refusing to Deny Their Faith in Christ
CBN News Email Updates