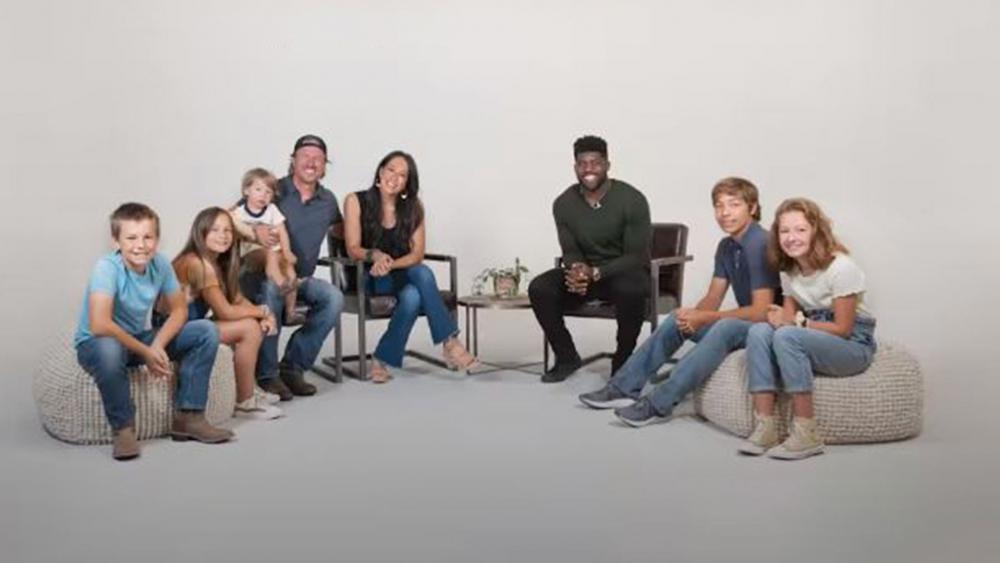 A former NFL linebacker is trying to break down racial barriers and promote harmony while remaining Christ-centered at all times.

Emmanuel Acho has created a web series titled "Uncomfortable Conversations with a Black Man" on his YouTube channel, which has more than 174,000 subscribers. His initial videos have all gone viral.

Acho's website addresses what the series is designed to do. "Racism is not a virus of the body; it is a virus of the mind, and unfortunately, it can be lethal," it reads.

"But you cannot fix a problem that you do not know you have. And if 'ignorance is bliss,' in this case, bliss has caused bondage and pain for others. But there is a fix. We can all access the life-saving medicine that will cure the world's most ailing, long-lasting pandemic. But in order to access it, we're going to have to have some uncomfortable conversations."

The series has drawn the attention of several celebrities, including Matthew McConaughey, who appeared in the second episode of the series.

In the third episode, Chip and Joanna Gaines brought their entire family along to listen and participate in the short program.

The Gaines of "Fixer Upper" and Magnolia TV fame are well-known philanthropists who have also been outspoken about their Christian faith.

Chip said when he saw Emmanuel's first video, it was a life-changing moment for him.

"When I saw your video, and even the title, 'An Uncomfortable Conversation with a Black Man', it was like there was a light-bulb that went on in my head and I was like, 'I think I've been blind to this reality for maybe my whole life'," Chip explained.

Joanna asked Acho what he thought about raising parents who are raising their kids as "color-blind" and whether that's the best way to move forward.

"I think that it's best that we raise our kids to see color," he replied. "Because there's a beauty in color and a beauty in culture."

Acho, a first-generation American, didn't grow up with any animals, including dogs, he said. And he told the Gaines that his sister was attacked by a dog when she was younger.

"So now as a 29-year-old man, I can't decipher between a dog that is a threat and a dog that's just a pet because I didn't grow up with any animals," Acho said. "And I think that if we don't see color if we don't expose our children to different colors and to different races...then it will be the same thing as a white kid who becomes an adult, you won't be able to decipher a black man that's a threat and a black man that's just black."

"A black person won't be able to decipher between a white person that is a racist and a white person who is just white and racially ignorant," he continued. "I think there's a strength. There's a beauty in seeing color. I don't like the concept of color blindness, because colors and cultures are beautiful."

According to Sports Spectrum, Acho, 29, recently appeared on the faith-based podcast "The Home Team" where he spoke about his faith and what he believes God has called him to do.

"Everything has culminated at once, very similar to my 'Esther moment' in the Bible. 'Who knows whether or not you have come to the kingdom for such a time as this?' (paraphrase of Esther 4:14). This has been my time. This has been my moment," he said.