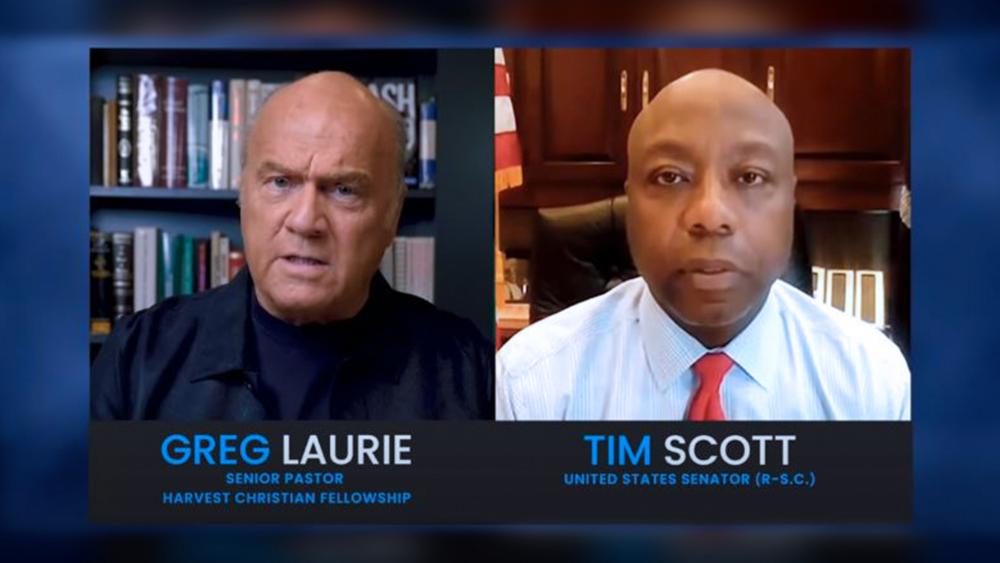 Pastor Greg Laurie, the founder of the Harvest churches in California and Hawaii as well as the Harvest Crusades, had a candid conversation about faith, racial reconciliation, and justice reform with US Sen. Tim Scott, a black Republican from South Carolina. The interview, recorded for Harvest's church services last weekend, touched on the subject of police reform ahead of the Senate's unveiling of the "Justice Act."

The "Justice Act" is the most ambitious GOP policing reform proposal in years, a direct response to the massive public protests over the death of George Floyd and other black Americans. Senate Republicans unveiled proposed changes to police procedures and accountability Wednesday, countering Democratic policing legislation with a bill that stays clear of federal mandates.

In their discussion, both Sen. Scott and Pastor Laurie both condemned racism and applauded what Scott calls "character-driven law enforcement." The two addressed the importance of balance in police reform and the struggle that comes with being simultaneously anti-racist and pro-law enforcement.

"I believe God has established law enforcement. I believe racism is a real problem in our country. And I think we need to talk about it. And I don't know why you have to be in one camp or the other," said Laurie.

'Choose the Lord's Side. God Must Be Invited into the Conversation for Lasting Change'

The South Carolina senator shared that ultimately his relationship with Christ is what motivates and strengthens him to continue the fight against racism. He and Laurie agreed that God must be invited into the conversation if society is to seek lasting change.

"So if we're going to treat the subject right, we have to view it not from my view up, but from the Lord's view down, and that's the best way for us to make progress in this nation. And unfortunately, most of us are picking sides," Scott noted.

"Choose the Lord's side. And I don't mean to be overly religious because in my opinion, this is not about religion. This is about a personal relationship that transformed the way I see others because it first transformed how I see myself. And if I will take that new transformed self, who, before I was saved, I was filled with iniquity, driven by sin, driven by my instinctual luxuries or lusts, so to speak," he continued.

"Now, as a born again believer, I'm driven by the gospel of Jesus Christ, so I don't look for a black solution or a white solution or a blue solution. I look for a God solution. And that means I have to start there, end there and in the middle, stay there," Scott explained.