These Photos of Elderly in Isolation Will Melt Your Heart: 'I'm Doing Good. I Miss Y'all and I Love Y'all' 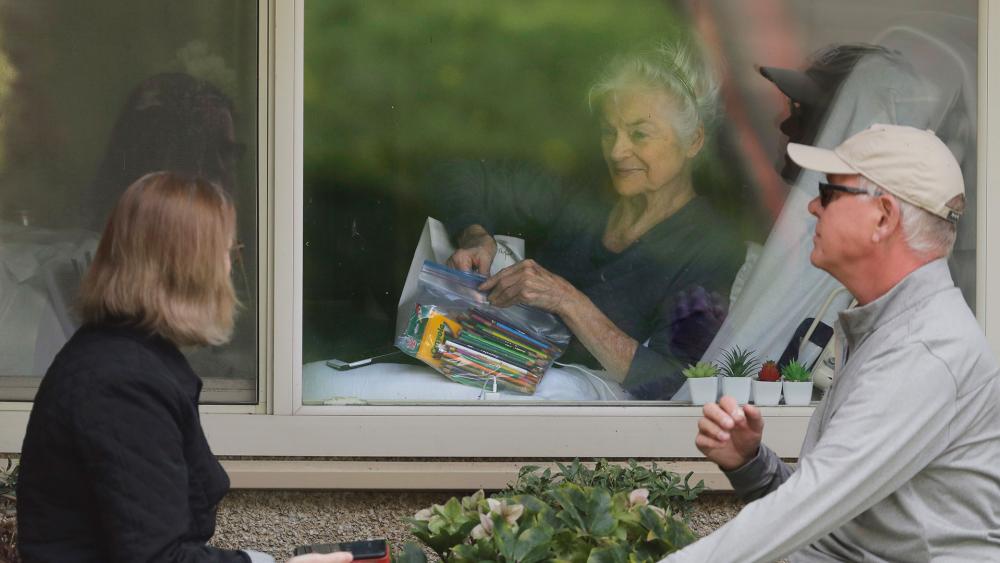 As the fallout from the COVID-19 pandemic continues to affect American life, some of the nation's elderly in nursing homes are finding themselves feeling even more isolated as many senior living centers have stopped all visitation for fear of spreading the virus to the most vulnerable.

One senior care center in Malvern, Arkansas decided to use social media as a way for their residents to communicate with their families and friends.  The Encore at Malvern took a photo of each resident with a message written on a dry erase board.

And the response to the post has been well-received. The group of photos has so far received more than 1,100 views on Facebook.

One senior dad sends a heartwarming message to his family saying, "I'm doing good. I miss yall and I love yall."

In an earlier post, the senior care facility said: "CMS has issued all-new guidance with restrictions on all visitation. We have an obligation to our residents to comply with this mandate.  However, we will not be restricting laughing, Netflix-binging, reading, art, singing, praying, faith, and talking."

"We will continue to keep our residents' health and safety a top priority and provide timely information as we receive it," the post concluded.

Bob Shellard, 90, was going to visit his wife Nancy in her nursing home for their 67th wedding anniversary. But when the home banned visitors due to the coronavirus, Bob got creative.

The two met when Nancy worked at a small dairy shop and Bob would visit while he waited for the bus to go to work at his job after World War II. The couple has four children, nine grandchildren and two great-grandchildren with one on the way.

Nancy was diagnosed with dementia and moved into a nursing home in Stafford Springs, Connecticut, in December.

Bob's daughter, Laura Mikolajczak, 51, called her dad to tell him that the home was not allowing visitors.

"He asked me, 'How am I going to get in there?'" Laura said. "I told him he couldn't get in, but maybe they could wheel her up to the window and we could stand with balloons outside so she can see us," she told ABC News.

Bob was a graphic artist before he retired, so he decided to make Nancy a sign she could read through the nursing home window.

Highlighted by a big red felt heart, he wrote, "I've loved you 67 years and I still do. Happy Anniversary."

Mikolajczak drove her father to the nursing home on their anniversary, where the staff was expecting his arrival. When he was all set up with his sign, they brought Nancy to her window to see him.

"I just wanted her to know for sure that I hadn't forgotten," Bob said. "This year she may have forgotten our anniversary, but I'd hoped it would remind her."

Brittany Thorne, director of Social Services at the nursing home, told ABC News when Nancy saw Bob she got a big smile on her face and began waving and blowing kisses.

"At one point I glanced over and saw the smile on his face. He was so happy to see her happy," Mikolajczak said.

Mikolajczak also called the nursing home staff so her father and mother could exchange "I love you's" on the phone for their big day. Nancy told the staff she "felt like a queen."

"That was a treat," Bob said. "That's something we can't do every day."

BELOW: Another family meets through the glass at a nursing home. Carmen Gray talks with her mother, Susan Hailey who has tested positive for the new coronavirus, through the window of Hailey's room at the Life Care Center in Kirkland, Wash., March 17, 2020, near Seattle. (AP Photo/Ted S. Warren) 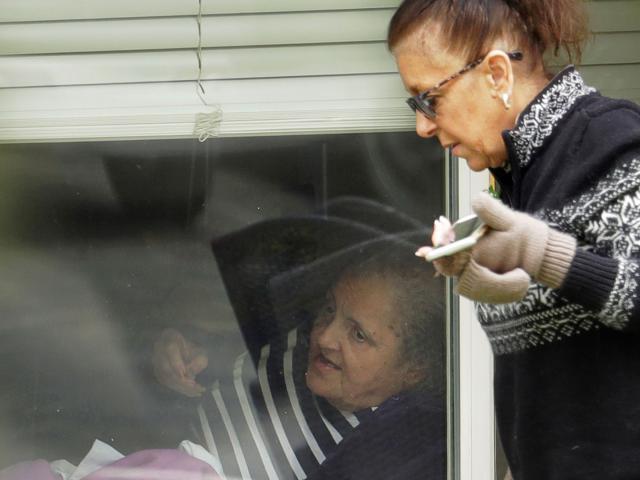