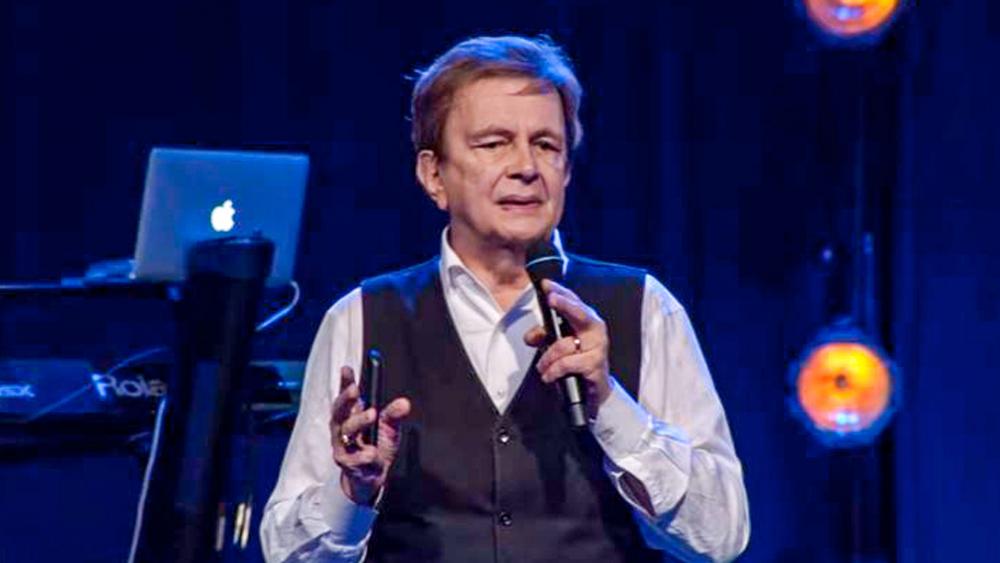 An Argentinian revivalist known as the father of the Transformation movement around the world is calling the church to a live internet broadcast Friday night to share hope about the coronavirus situation. He has rallied some extremely impactful friends to join him and they together believe that God has a remedy for the nations and that it is linked to faith and prayer.

Dr. Ed Silvoso is most notable for his impact in mentoring Christian leaders to bring transformation to the world around them with the Gospel into every sphere of society. Not only are people in his ministry involved with the intense immigration issues in the US, but they are mentoring government leaders in the local school curriculum, training people in the entertainment industry and doing mentoring programs with CEOs and chairmen in some of the most respected companies in the world.

It's no wonder that Silvoso has the faith to lead leaders and mentor trainers. A native of Argentina, he was involved in the 1984 revival in his country. At the time, the nation was declared to be the hardest in which to preach the gospel, with the lowest number of evangelicals in Latin America. The economy had crashed and the level of poverty was at an all-time high.

Then through a move of God, between 200,000 to 300,000 people became Christians, including many people in influential positions and it created a transformation of the metrics in the nation. It touched every facet from the prison system to the president's family. Silvoso believes this is going to happen again here in the US.

Silvoso had already initiated a team of prophets and apostles for the state of California, lead by Pastor's Bill Johnson and Kris Vallotton of the Bethel Church in Redding, Pastor Che Ahn of HIM network, and myself, amongst others. Together, we rallied leaders from across the state on Oct. 18, 2019, to give vision and hope in their last Transformation Now broadcast. He proposed another such broadcast now, saying that he had heard the Holy Spirit tell him, "We need to do this to prepare people."

When I asked Silvoso what was behind it he shared, "COVID-19 has the world crippled and staggering in fear and uncertainty. However, the Scriptures declare that it has been defeated by the Lord Jesus at the cross and that by His stripes we have been healed. It is done. Now it has to be proclaimed and appropriated."

"Three days ago, Bill Johnson, Kris Vallotton, Shawn Bolz, Ché Ahn and I were led by God to meet in His presence and He instructed us to activate His Church, which is also called the Ekklesia in Greek, to claim His promises to turn the tide of destruction engulfing our nation and the world," Silvoso continued.

To that effect, we are inviting everyone to join us this Friday at 10:00 pm Eastern/7:00 pm Pacific for an all-important LiveCast titled "ACTS 19 – God's Response to COVID-19."

Each of the leaders involved with the LiveCast has prepared a specific message to strengthen Christians to believe for God's plan and story for this epidemic.

When Bolz asked Silvoso what made him choose Acts 19, he explained.

"Because in that passage we see the Church operating as the Ekklesia, the name of the early church called themselves, outside of the religious buildings with such power and favor in the eyes of the unbelievers that "all who lived in Asia heard the word of the Lord…and God was performing extraordinary miracles by the hands of Paul" (Acts 19:10-11)," Silvoso said.

"We firmly believe that this current crisis is an opportunity for us, the Ekklesia, to operate in new arenas for God to perform extraordinary miracles, for deliverance from fear and depression, for financial provision and, most important yet, for massive salvations so that large numbers of people will be saved through the manifestation of the children of God. This is not unlike the persecution reported in Acts 11:19-21 that resulted in the Gospel breaking out into the Gentile world," he continued.

"In listening to what Bill Johnson is going to present, I could see that God has given this team some of the most empowering prophetic words regarding the pandemic, and inspiring Scriptural promises to be claimed in unison with you and myriad of believers all over the world during this LiveCast," Silvoso concluded.

Pastor Che Ahn shared how he' s convinced that the world has never been so ripe for revival and how this is the time for the church to evangelize.

The event is free to all viewers.

Shawn Bolz is an author, TV personality, prophet, speaker, producer, and the founder of Bolz Ministries. SEE MORE entertainment insider news from Shawn on his new show, Exploring the Industry, seen weekends at 4:30 PM and 11:30 PM Eastern on the CBN News Channel.