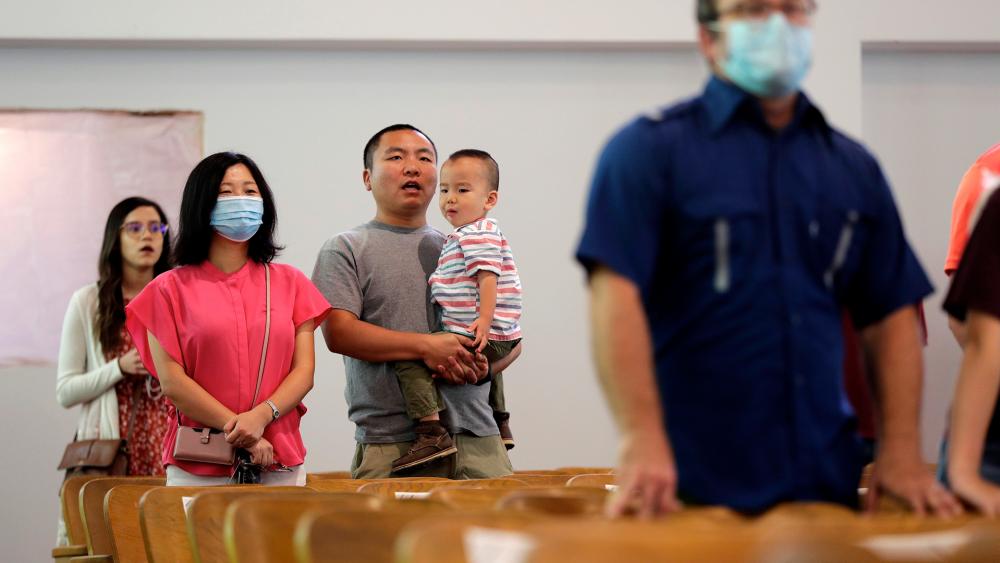 Willie Wilson, a former mayoral candidate in Chicago, IL, and a leading businessman, has announced he will pay the $500 fines that were handed out to three Chicago churches for holding worship services this past Sunday.

The Chicago Sun-Times reports the Philadelphia Romanian Church of God in Uptown, Elim Romanian Pentecostal Church in Albany Park, and Metro Praise International Church in Belmont Cragin were criticized and fined by authorities for allowing more than 10 people — the current limit set by Gov. J.B. Pritzker — to attend services.

Wilson said he believes that limiting the number of people who can meet together imposes on the churches' free exercise of religion.

"The Governor and Mayor continue to trample on our constitutional rights while hiding behind a Stay at Home Order that treats the church as non-essential," Wilson said in a statement. "It is shameful that the church is discriminated against, while liquor stores, marijuana dispensaries, and Home Depot are treated as essential businesses."

Elsewhere in Chicago, Megachurch Pastor Brian Gibson, founder of the Peaceably Gather movement to safely reopen churches across America, will be preaching in the Windy City this Sunday, May 24.

Gibson is scheduled to preach at the in-person 9:00 am service at the Elim Romanian Pentecostal Church on Bernard Street.  Video of the pastor's Memorial Day message will be streamed at the Peaceably Gather website.

As CBN News reported, Gibson, the pastor of HIS Church with locations in Owensboro, KY, and Amarillo, Texas, has been influential in his efforts trying to get churches to reopen for in-person services across the country.

In an interview with CBN News earlier this month, the pastor said the First Amendment is being run over roughshod.

"There's all of these other places that are open for business," he said. "I walked into a Kroger down in Paducah, Kentucky, and the girl at the door said, 'We're trying to keep it under 350 people inside the grocery store.'  And so, I looked at the building, and I could tell it was smaller than our Owensboro, Kentucky location.  I got online and Kroger was doing about one person per 120 square feet in Lexington, Kentucky. According to that math, I could have 414 people in my building."

Gibson also told pastors, "Get ready and come back and don't let the government dictate to you what your fundamental American rights are. It's time to stand up for liberty."

Gibson's movement to reopen churches around the country is not alone. As CBN News also reported, nearly 500 California pastors are preparing to open their doors on Sunday, May 31 - whether or not they have guidance from the state.

'It's Time to Stand Up for Liberty': KY Pastor Asks Pastors across the Country to 'Peaceably Gather' with Their Members This Sunday