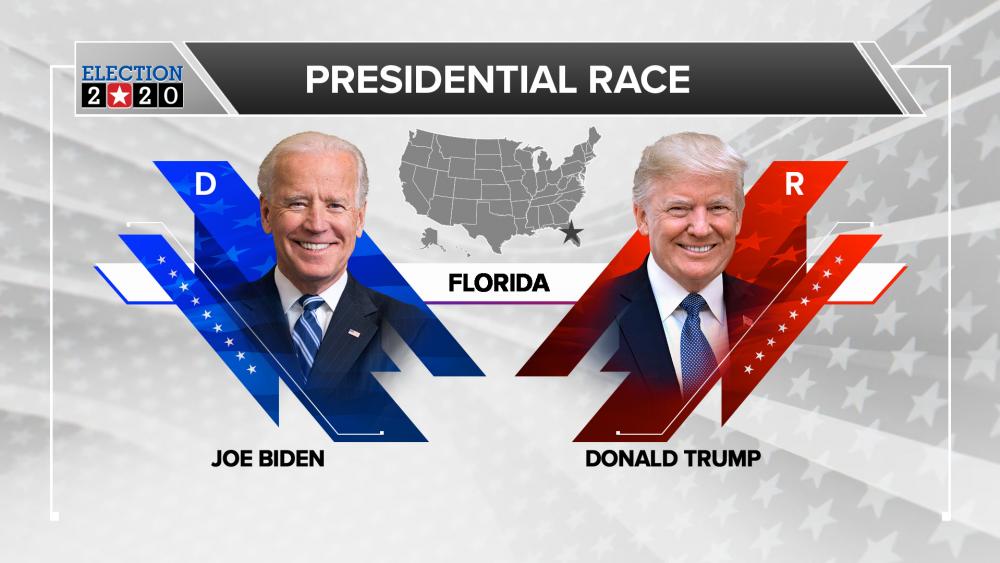 President Donald Trump has won the battleground state of Florida and its 29 electoral votes.

Once again, Florida was seen as a toss-up. Polls showed the Republican incumbent and Democratic former Vice President Joe Biden virtually tied. And while Democrats dominated the record vote-by-mail ballots, Republicans closed the gap with early in-person voting and a higher turnout on Election Day.

Both campaigns sought to encourage turnout among their black and Hispanic supporters.

Trump’s lead over Biden in Florida appeared to top the president’s 1.2 percentage-point victory over Democrat Hillary Clinton in 2016, according to Tampa's Fox 13.

“I am proud to announce that Florida has once again delivered for President Donald J. Trump and that Florida Republicans will retain control of both chambers of the Florida Legislature,” Gov. Ron DeSantis, a close ally of the president, said in a prepared statement.

With 96% of precincts reporting, Trump was up by 3.5% or nearly 4 million votes, thanks in large part to support from Latino voters.

The President made numerous visits to Miami-Dade County, as he courted Cuban-American voters and it appeared to have paid off. The president’s campaign made a “real-deal commitment” targeting Hispanic voters throughout the state, Trump 2020 senior advisor Jason Miller told reporters in a phone call before the polls closed Tuesday evening.

Florida set the standard for close presidential elections in 2000 when George W. Bush defeated Al Gore by 537 votes out of nearly 6 million cast. It took five weeks and a US Supreme Court order halting Florida's messy recount to decide the presidency.