Giving Thanks in 2020: Here's What Most Americans Are Grateful for Right Now 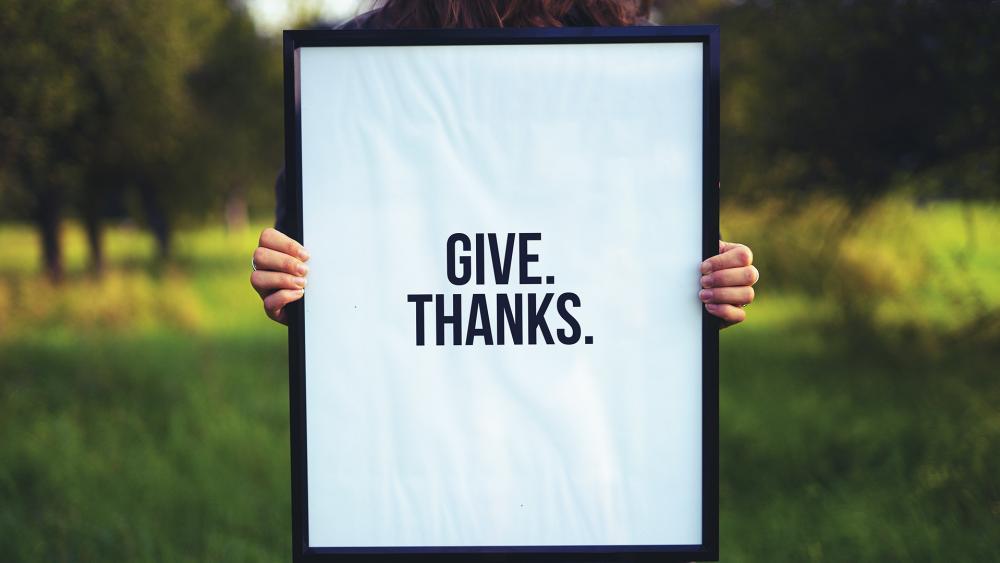 Despite the hardships our country and the world have faced this year, a new survey reveals that the majority of Americans are finding some very important reasons to be thankful – God and family.

The poll by LifeWay Research shows that 84 percent are grateful for their family while 63 percent appreciate having friends.

This year, Americans are thankful for family, health, friends, and memories. https://t.co/5T0se6UqQI pic.twitter.com/JhRJ3P5CSI

"In a year that has been difficult for most, Americans still express a lot of thanks," said Scott McConnell, executive director of LifeWay Research. "This year of loss and division does not mean people have an absence of good things for which to be grateful."

A 2016 survey revealed that fewer Americans were grateful for several options. Four years ago, 77 percent said they were thankful for their health compared to 69 percent in 2020. And 72 percent acknowledged the advantage of personal freedom versus 53 percent this year.

Other selections that saw a considerable decrease from 2016 to 2020 include friends, which dropped from 71 percent to 63 percent, while 51 percent said they are thankful for their achievements compared to 33 percent.

And on Thanksgiving Day, many Americans say their appreciation is directed toward family and our Heavenly Father.

With 68 percent citing family as their source of blessing, 67 percent referred to God, and 16 percent are thankful for themselves.

At Thanksgiving, most Americans say they express their gratitude toward their family and God. https://t.co/5T0se6CPs8 pic.twitter.com/HvQcqfx0r5

"Giving someone else thanks is not a given on Thanksgiving," said McConnell. "But four times as many people give thanks to family or God then choose to thank themselves."

Among those who identify as Christians and attend church services weekly, 94 percent are the most likely to show gratitude toward God during the Thanksgiving holiday. And people of faith (96 percent) are more likely than other Americans (60 percent) to say they are grateful to God.

Additionally, younger Americans tend to say they are thankful for themselves versus older Americans.