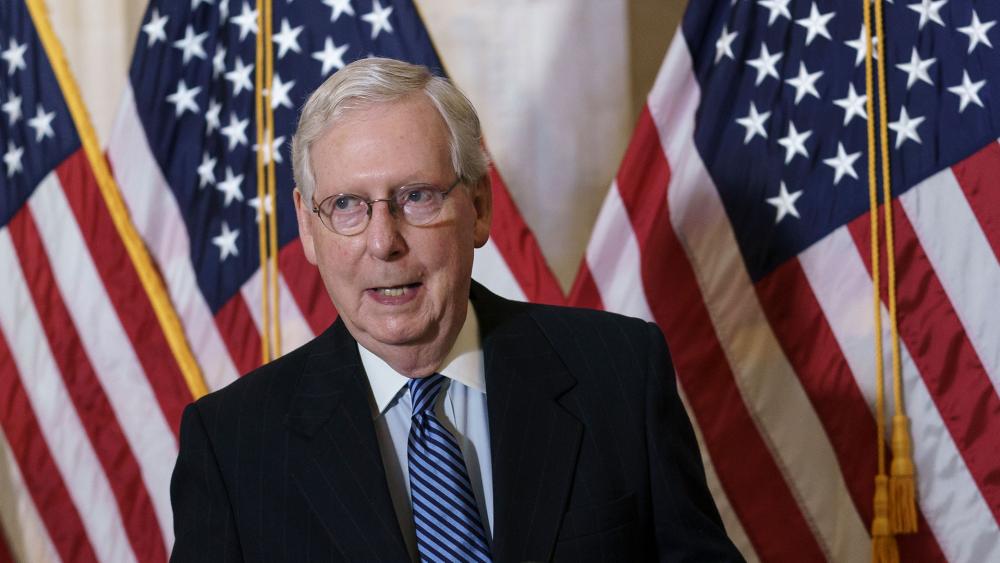 Some top Republicans are rallying behind President Donald Trump in his post-election legal challenges of voter fraud in various battleground states.

"The president wasn't defeated by huge numbers. In fact, he may not have been defeated at all," Blunt said, adding that the election results show that "virtually every predictor" was inaccurate.

While leaving a Senate GOP meeting on Tuesday, a reporter asked him if he would congratulate Biden.

Johnson replied, "No. Nothing to congratulate him about" as he walked by the media pool.

Reporter: "Senator, have you congratulated Vice President Biden yet?"

Johnson: "Nothing to congratulate him about." pic.twitter.com/Is7APE2frx

Earlier on Monday, Republican Senate Majority Leader Mitch McConnell also declared his support for the president saying Trump is "100% within his rights" to question election results.

"Our institutions are actually built for this," McConnell said as he opened the Senate. "We have the system in place to consider concerns and President Trump is 100% within his rights to look into allegations of irregularities and weigh his legal options."

McConnell said the process will play out and "reach its conclusion."

The election disputes could drag on for weeks as states certify their tallies, possibly lasting to mid-December when the Electoral College is set to vote.

Sen. Lindsey Graham (R-SC) said he would encourage the president "not to concede."

Many Republicans are pointing to a December deadline, recalling the time it took to resolve the disputed 2000 election before Democrat Al Gore conceded to Republican George W. Bush.

"In the end, we want all legal ballots to be counted," the No. 2 House Republican, Steve Scalise, told AP. "You go back to Bush v. Gore, it was the second week of December that it got resolved ... so there's still questions out there that need to get resolved and that process is playing itself out."

One newly reelected GOP senator, Sen. Susan Collins (R-ME) congratulated Biden on his victory in a statement posted to Twitter but said the President should be given an opportunity to challenge the results, urging Americans to be patient.

My statement on the 2020 Presidential election results: pic.twitter.com/8NY1WpaJpC

"I know that many are eager to have certainty right now," Collins said. "While we have a clear direction, we should continue to respect that process."

Responding to McConnell on Monday, Democratic Senate Minority Leader Chuck Schumer said the Republicans' refusal to stand by the election results is "extremely dangerous, extremely poisonous to our democracy."

Schumer said election lawsuits can be valid but they must be based in evidence and facts. "Joe Biden won the election fair and square," Schumer said.

McConnell and Republicans said Monday they don't want the "media" to declare the outcome of the election.