'I Felt as Though I Saw the Face of God, and He Was Reaching Out to Me': COVID Survivor's Testimony to the Power of Prayer 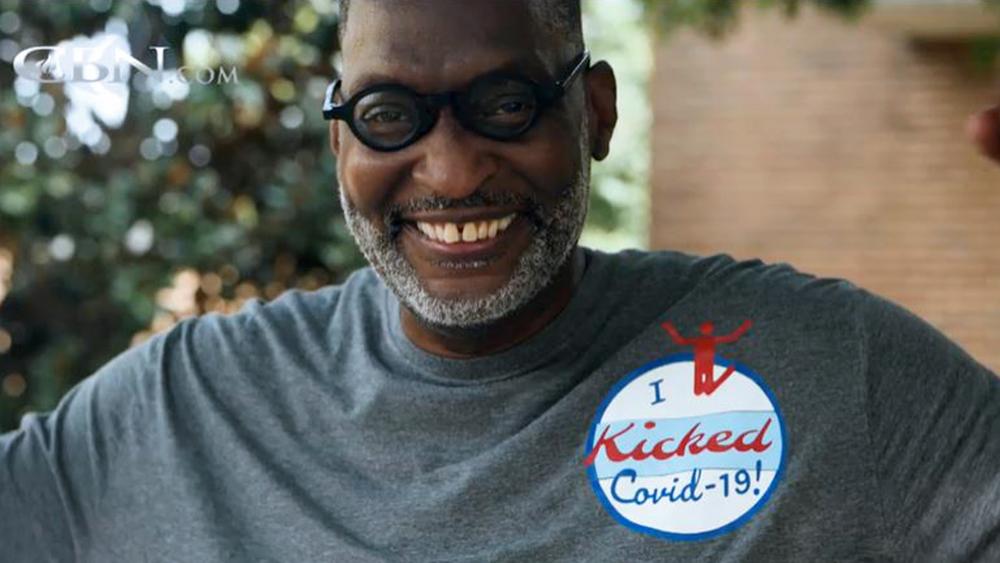 “The first time I heard about COVID we were in a staff meeting at church, at Gallatin First United Methodist Church in Gallatin, Tennessee. The administration from the Bishop's office had sent down some recommendations of how to prepare for this pandemic that we were about to experience,” said James Story, a retired high school and college music professor in Tennessee, who began feeling ill in March of 2020.

“I started having chills and a fever and I had gone to the emergency room and they had sent me home. But over the weekend I had gotten worse. I went to my regular PC and he did some bloodwork. Of course, there was no mark at that point in time, to distinguish that ‘You have COVID at this point in time,’” he continued.

His friend Brenda Reed said, “He called and asked me if I could take him to the hospital, to the ER to the doctors – his bloodwork had come back and the doctors wanted him to go to the ER. We didn’t know what was going to happen. I was getting the calls every day and I was seeing what was going on with his vitals and everything that was going wrong with him. So yeah, it was scary.”

“I had become septic. I had started dialysis because my kidneys were failing and from there it was pretty much downhill,” James said.

James spent several weeks going in and out of consciousness as his condition worsened. Nurse Practitioner Laura Youngman says, “He was on a ventilator for fifteen days. He required beginning hemodialysis because his kidneys had stopped working. So his case would have been considered a pretty serious case of COVID-19.”

James’ friends set up a Facebook page and began a prayer vigil for him. Meanwhile, James decided to use this time to grow spiritually. “I took advantage of the time that I had to meditate and read Scriptures and become closer to God,” he told CBN.

At one point, James saw a vision.

“I felt like I was in a grave and I was trying to pull myself up to the sunlight. And once I got to the top, I felt as though I saw the face of God and he was reaching down his hand to me and all I could do was bow down and worship,” he recalled. “My family, my friends, my church members, and people around the world were praying for me.”

“There were a few days when we wondered if we were going to be able to wean him off the ventilator or if his family was going to have to make some decision about considering a tracheostomy, a feeding tube, and things of that nature,” Youngman explained.

Several months before, James had written a song for his deceased sister that he says actually helped sustain him.

“Our pastor James Johnson had used our mission statement, ‘Love Now. Let us love not only in words and deeds but in truth and action.’ So I sat at my piano, and using the mission statement of ‘Love Now’ the song wrote itself,” James said.

“There were times that I was, I was fighting not wanting to have the ventilator taken out. But over a series of a few days that song was playing I finally calmed down and they were able to remove the ventilation. How could I have known that that song written for my sister would be part of the miraculous healing for me!”

James began to turn the corner. He was taken off the ventilator, his kidneys began functioning better, and he was transferred to another facility. In all, he had been hospitalized for 71 days.

“I truly believe that prayer was part of it," noted Brenda Reed. “Every Wednesday night we did that at 7 o'clock because that was our choir practice time. So yes, I believe it was truly a part of it, of his healing.”

Since James was released from Hendersonville Tri-Star hospital, he has made a near-full recovery. “I’m just overcome with joy in his recovery,” Youngman adds. “He could have died. And I think that God spared him, and he is just a wonderful success story, you know, to his faith, and also the excellent health care that he received.”

Reed adds, “When we left the hospital, there was a group of choir members and some of his friends that had gathered and they were singing, ‘Oh Happy Day.’ So I think there couldn’t have been a more appropriate song for that day, cause it was a happy day.”

James says, “Not only is there a miracle that happened to me, there is a miracle within every one of us if we seek and find. I know it was His healing grace and power that gave me a second chance. I don’t consider myself lucky. But I consider myself blessed.”