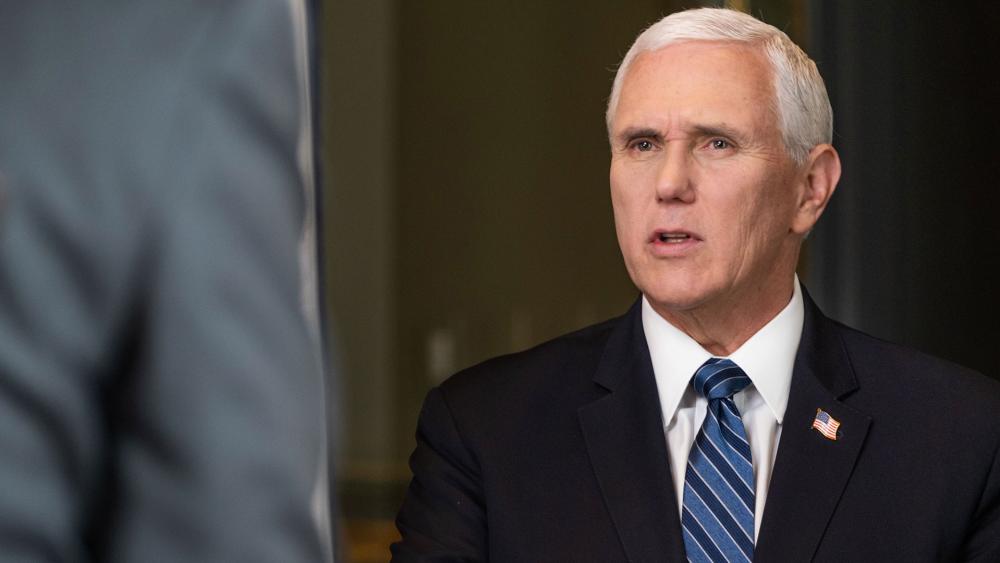 He reminded the audience at the Community Choice Credit Union Convention Center about Barrett's confirmation hearing just two years ago, when she was nominated to the US Court of Appeals for the Seventh Circuit.

"At Judge Barrett's confirmation hearing, the Democrat chairman of the Judiciary Committee criticized her Catholic faith, saying that quote, the dogma lives loudly within you. And Hollywood elites have already begun to criticize her and her family for their commitment to their faith," the Vice President said.

"Well, I got news for the Democrats and the Hollywood elites. That dogma lives loudly in me. That dogma lives in hundreds of millions of Americans. And every American who cherishes faith has the right to live and work and worship according to the dictates of our faith and conscience enshrined in the Constitution of the United States," Pence said to thunderous applause.

"The American people cherish the freedom of religion of every American and every faith and these attacks on Judge Barrett's faith must stop!" he said.

The Vice President reminded the audience that President Trump and his administration have taken steps to restore the conscience rights of doctors, nurses, and teachers in religious charities all across America.

"It was this President and this administration that ended the assault on the Little Sisters of the Poor and the Supreme Court made it permanent just weeks ago," he said. "It's remarkable to think that a group of nuns who have taken a lifetime vow of poverty to support and help the underserved community was hauled into court when Joe Biden was vice president for the sole purpose of requiring them to compromise their faith to live under the restrictions of Obamacare. The Supreme Court actually voted by 7 to 2 to make permanent the efforts to conform the Little Sisters of the Poor to Obamacare."

"But Joe Biden has already announced that if elected president, he'll reimpose the Obamacare mandates on the Little Sisters of the Poor and on religious institutions," he continued. "His own running mate actually attacked one of our judicial nominees for being a member of the Catholic Knights of Columbus. Let me just say these attacks on the freedom of religion must stop in America," he said.

"The truth is faith is at the very heart of who we are as Americans. And I believe the foundation of this country is strengthened each and every day by the stand that each and every one of you takes," he said, then quoting President Lincoln: " 'It is the duty of nations as well as of men to recognize the sublime truth announced in the holy scriptures and proven by all histories that those nations are only blessed as God is the Lord'."

The Vice President reminded the audience that even in these challenging times to remember to pray.

"I urge you to hold fast to freedom, let's also hold fast to faith. And let's remember to pray. The Bible tells us that the prayer of the upright pleases him. Prayer reaches heaven, his holy dwelling place," he explained. "And in times of great challenges in our life or the life of the nation, we're not to be anxious about anything. But in everything in every form of prayer and petition with thanksgiving, we're to present our request to God. And note the peace of God that passes all understanding will guard our hearts and minds in Christ Jesus."

The event was billed as a special faith event, not a campaign rally, but an opportunity to educate and inspire Christians toward active, civic engagement and leadership.

Funds raised from donations and sponsorships will support the ministry of the FAMiLY Leader Foundation.