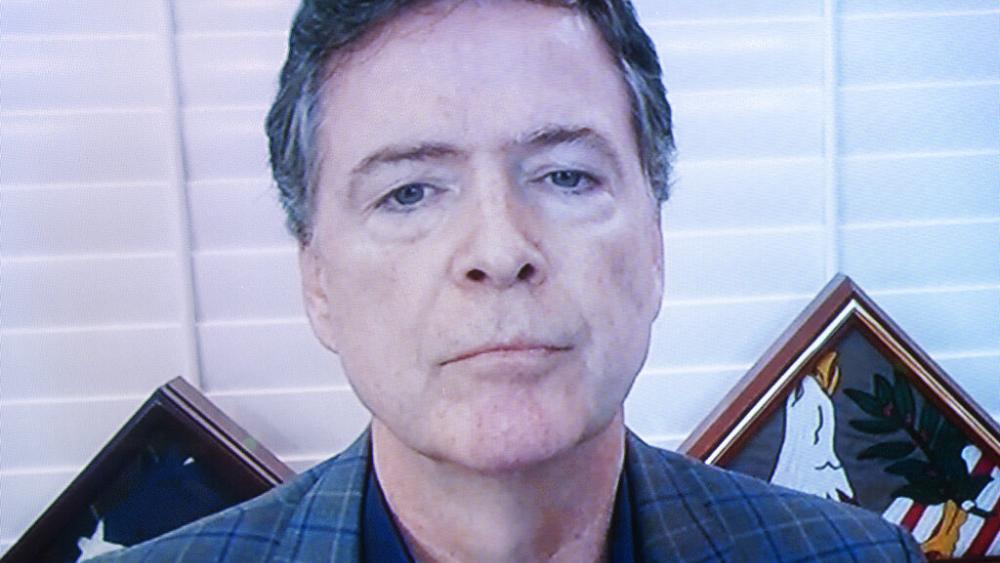 Former FBI Director Jim Comey on Wednesday defended the bureau's actions when it comes to the origins of the Russia investigation that was launched in order to spy on the Trump campaign.

Comey was testifying before the Senate Judiciary Committee where GOP senators threw out some tough questions about the investigation known as Crossfire Hurricane.

Comey, making his first appearance before Congress since a harshly critical inspector general report on the investigation, acknowledged under questioning that the FBI's process for conducting surveillance on a former Trump campaign adviser was "sloppy" and "embarrassing."

But the former head of the FBI dodged many of the questions.

"It looks like both the Democratic National Committee and Russian intelligence services manipulated the FBI under your watch. How could the world's premier law enforcement agency miss all of these signs?" asked Sen. Chuck Grassley (R-IOWA).

"I'm sorry, Senator. I disagree with a lot of aspects of your preamble, so I can't answer that one," Comey replied.

"It pretty much speaks for itself that maybe you aren't on top of things the way you should have been," Grassley told Comey.

Comey did say there were issues with FISA warrants issued against former Trump campaign adviser Carter Page. He said that was only a small part of the biggest investigation into Russian election interference.

A Justice Department inspector general report identified errors and omissions in each of the four applications that the FBI submitted to obtain warrants to spy on Page, who was never charged with any wrongdoing. The FBI relied in part on Democratic-funded research in applying for those warrants. The inspector general report, and documents released in recent months, have raised questions about the reliability of that research.

The FBI relied on that documentation "over and over and over" again even though it was "fundamentally unsound," said the Judiciary Committee chairman Sen. Lindsey Graham (R-NC).

"What do we do? We just say, 'Well, that was bad, that's the way it goes?' Does anybody get fired? Does anybody go to jail?" Graham said. "To my Democratic friends, if it happened to us, it can happen to you."

On Tuesday, Graham revealed that he had received declassified information on the probe from national intelligence director John Ratcliffe, even though Ratcliffe has said he does not know if it is true.

In a letter to Graham, Ratcliffe said that in late July 2016, US intelligence agencies obtained "insight" into Russian spycraft alleging that Hillary Clinton had "approved a campaign plan to stir up a scandal against" Trump.

But Ratcliffe added that American intelligence agencies do "not know the accuracy of this allegation or the extent to which the Russian intelligence analysis may reflect exaggeration or fabrication."