'Thank You to the Lord Jesus Christ': Thomas Rhett Wins Co-Entertainer of the Year with Carrie Underwood at ACM Awards 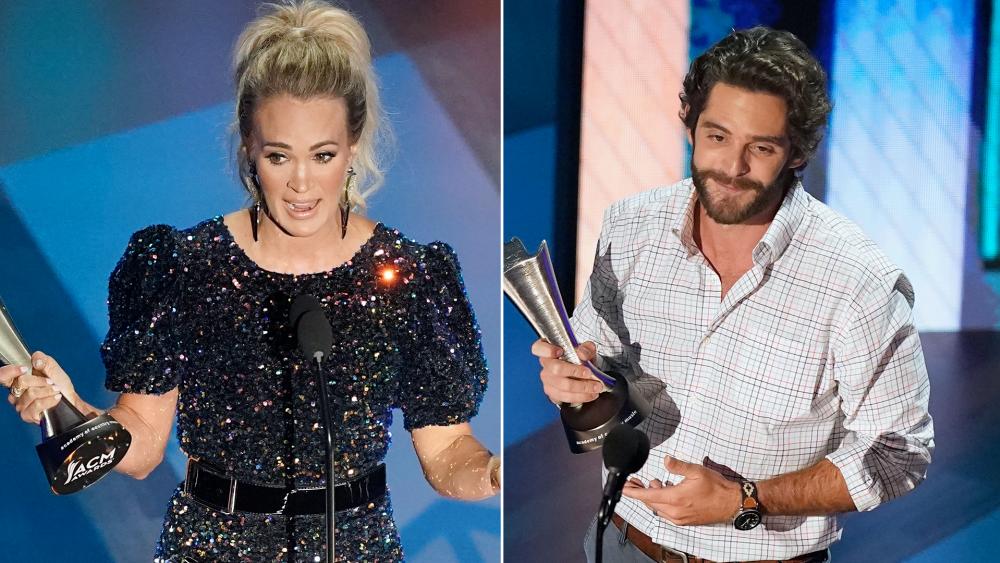 Country music recording artist Thomas Rhett thanked the Lord Jesus Christ on stage Wednesday night after he tied with Carrie Underwood for the Entertainer of the Year at the Academy of Country Music Awards (ACM) in Nashville.

The two shared the top honor, making history at the ACMs. A tie for Entertainer of the Year had never happened before at the annual Country music awards show.

After Urban announced the co-winners to the television audience, Rhett, accepting his award, said: "Oh my goodness gracious. Keith, what is happening right now? Thank you to the Lord Jesus Christ, my Lord, and Savior," he continued.

The Georgia native also thanked his wife, his young daughters, and others, along with his band, crew, and the fans.

Underwood added, "2020 man! Thank you, God, so much. All glory to God. Thank you to the ACM for putting me in such incredible company. I am more than happy to share this with Thomas Rhett."

Underwood is now the only woman to ever earn three Entertainer of the Year awards. She won back to back awards in 2009 and 2010.

You can see the entire list of ACM winners here.

While accepting the CMT Artist of the Year award last October, Rhett thanked everyone and then prayed on the stage of Nashville's Schermerhorn Symphony Center for fellow performer Kane Brown on the loss of his friend Kenny Dixon, who died after a car accident.

After accepting his award, he asked, "I don't know if this is very conventional, but can I just pray, really fast? Is that okay with everybody?" Thomas then began, "Father God, we love you so much. Loss is something that we can't comprehend, and so right now I pray that you would be with Kane and his family and his drummer Kenny and his family, and bring them peace that only you know how to bring somebody. Thank you for this night. God bless country music. We love you, Jesus. And in your name, we pray. Amen," CBN News reported last year.

That gesture touched Reba McEntire who commented on Rhett's prayer as she later appeared to accept the Artist of a Lifetime award.

"Thomas Rhett, God bless you for praying in front," she said. "You're special, you're special. That took guts, but as you said, you said, 'That might not be aired on this,' but He knows it better be aired. It better make the cut because that's what we need in our life, a little more God. We've got to give this world back to God."