'Your Dad Was a Hero': Biden Speaks at Service for Slain Capitol Officer 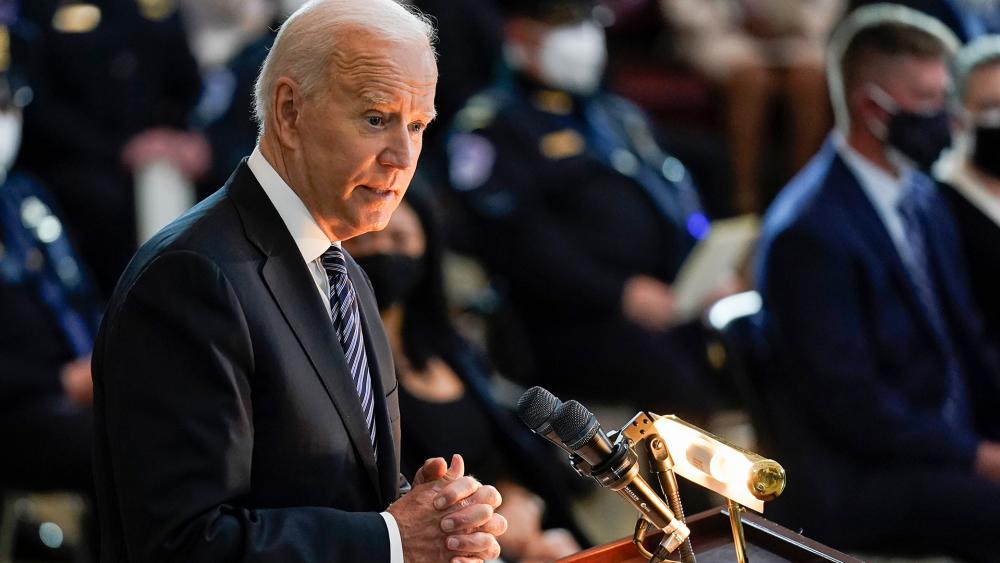 Tuesday was a somber day of remembrance in Washington as lawmakers, including President Joe Biden, and the U.S. Capitol Police force paid respects to one of their own. Officer William "Billy" Evans died in the line of duty on April 2 after a driver struck him while trying to break through Capitol barricades.

Evans is only the sixth person to lie in honor in the U.S. Capitol Rotunda, and the second Capitol police officer to receive the honor this year alone.

"Your son, your husband, your brother, your dad was a hero," said Biden while speaking at the memorial service.

"My prayer for all of you is that a day will come when you have that memory, and you smile before you bring a tear to your eyes," Biden continued.

Friends and family remember Evans as a welcoming presence at the Capitol who was known for his dad jokes and a big smile. He served as a Capitol Police officer for 18 years until Good Friday when a driver rammed into the north barricade of the Capitol killing Evans and injuring another officer.

"His sacrifice recalls the scripture, 'Greater love has no one than this, that he should lay down his life for his friends,'" said House Speaker Nancy Pelosi (D-CA) at Tuesday's memorial.

Earlier this year, Officer Brian Sicknick was also honored by having his casket placed in the rotunda after dying from injuries sustained while defending the Capitol on Jan. 6. Other non-government or military officials who've also received the high honor include Rev. Billy Graham and civil rights leader Rosa Parks.

Evans's death comes at a time when many Capitol police officers are still dealing with the trauma of what happened to them on January 6 and the feelings of being overworked and understaffed.