Republicans Blast 'Blanket Amnesty' in Biden Immigration Bill: 'Millions of Americans Are Out of Work' 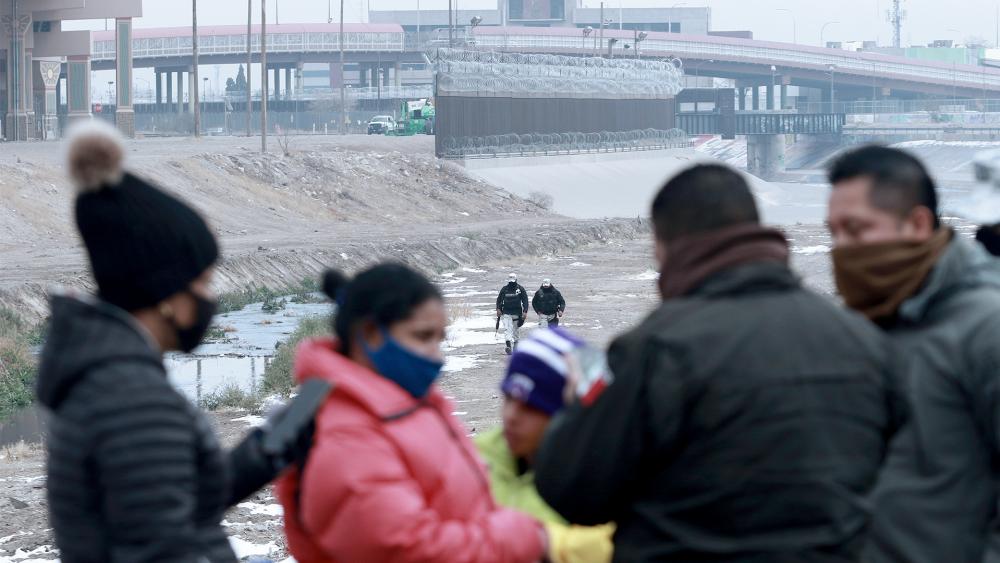 After decades of failed attempts by Congress to pass comprehensive immigration legislation, congressional Democrats and President Joe Biden are signaling openness to a piece-by-piece approach.

Democrats unveiled a broad bill Thursday that would provide an eight-year pathway to citizenship for 11 million people living in the country without legal status. Several Republican lawmakers pushed back against the radical proposal, saying it's a "nonstarter."

Rep. Jim Jordan of Ohio, the ranking member of the House Judiciary Committee, charged in a statement that the bill "rewards those who broke the law" and "floods the labor market at a time when millions of Americans are out of work."

"President Biden's radical proposal is a non-starter and should be rejected by Congress," he said.

The top Republican on the House Homeland Security Committee, U.S. Rep. John Katko (R-NY), criticized the legislation in a statement on Thursday, calling it an "unserious effort" that fails to secure U.S. borders or close "loopholes" in the legal immigration system.

Senate Minority Leader Mitch McConnell (R-KY) recently called the bill a "massive proposal for blanket amnesty that would gut enforcement of American laws while creating huge new incentives for people to rush here illegally at the same time," according to Fox News.

Even though there's been a lot of talk about ramming certain pieces of legislation through Congress because they have the majority, Democrats are not talking about an all-or-nothing approach to get some type of immigration bill passed.

"Even though I support full, comprehensive immigration reform, I'm ready to move on piecemeal, because I don't want to end up with good intentions on my hands and not have anything," said U.S. Rep. Henry Cuellar (D-TX). "I'd rather have progress."

The bill Democrats introduced Thursday would immediately provide green cards to farmworkers, immigrants with temporary protected status, and young people who arrived in the U.S. illegally as children. For others living in the U.S. as of Jan. 1, 2021, the plan establishes a five-year path to temporary legal status. If they pass background checks, pay taxes and fulfill other basic requirements, then, after three years, they can pursue citizenship.

The plan also would raise the current per-country caps for family and employment-based immigrant visas. It would eliminate the penalty barring those immigrants who live in the U.S. without authorization and who then leave the country from returning for three to 10 years. It also would provide resources for more judges, support staff, and technology to address the backlog in processing asylum seekers.

The bill would expand transnational anti-drug task forces in Central America and enhance technology at the border. And it would set up refugee processing in Central America, to try to prevent some of the immigrant caravans that have overwhelmed border security in recent years.

The plan includes $4 billion spread over four years to try to boost economic development and tackle corruption in Latin American countries, to lessen pressure for migration to the U.S.

Even before the new bill was unveiled, Democrats were reining in expectations for their final result. Senate Judiciary Committee Chairman Dick Durbin has said that any final Senate bill likely "will not reach the same levels" as Biden's proposal.

Some Democrats worry that if the bill is not done piecemeal, it will fail and could hurt them in the 2022 elections and maybe even beyond.