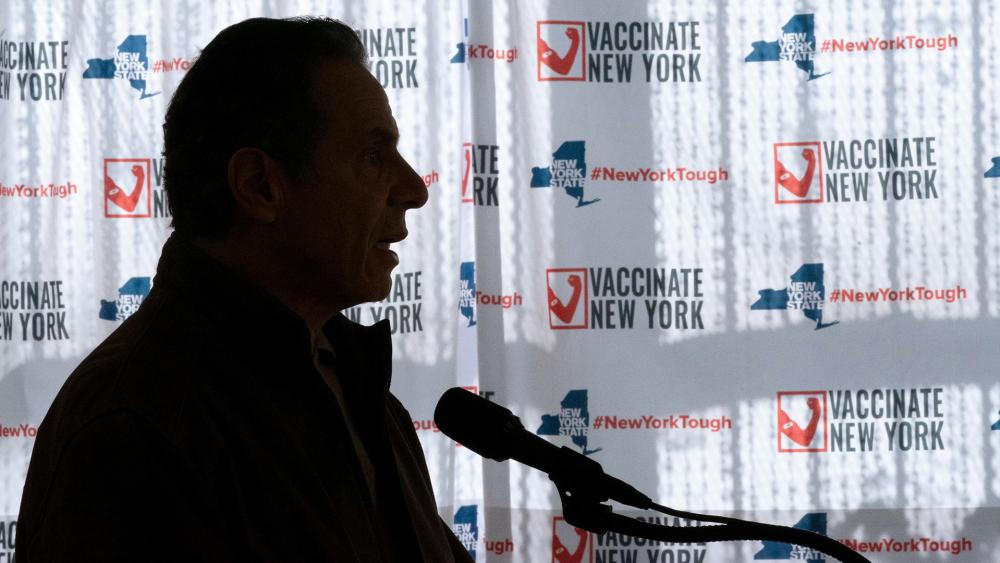 The office of the attorney general of New York has determined, according to a just-released report, that Gov. Andrew Cuomo’s administration underreported the state’s nursing home deaths by as much as 50%.

Letitia James, attorney general for the Empire State, published a 76-page report Thursday, concluding after weeks of investigation into the Democratic governor’s office that, when considering the number of nursing home residents who died of COVID-19 while in the hospital, the total number of fatalities more than doubled, CNBC reported.

Critics of the governor who have been sounding the alarm for months are already weighing in on the bombshell report. Steve Krakauer, the editor of the “Fourth Watch” newsletter and podcast, described the findings as “absolutely damning.” Meghan McCain, the lone conservative co-host of ABC’s “The View,” called Cuomo “a monster.” Fox News senior meteorologist Janice Dean, whose in-laws died of COVID-19 inside nursing homes, said the progressive governor “is going to have to answer for his role in the nursing home tragedy and the cover-up,” adding, “The angels won.”

Even BuzzFeed News’ Brandon Wall rebuked Cuomo, who — in the midst of the pandemic — authored a book about his leadership amid the pandemic. He sarcastically asked, “Which chapter of Cuomo’s book, ‘Leadership Lessons From the COVID-19 Pandemic,’ outlines coverups?”

“As the pandemic and our investigations continue, it is imperative that we understand why the residents of nursing homes in New York unnecessarily suffered at such an alarming rate,” James said in a statement Thursday. “While we cannot bring back the individuals we lost to this crisis, this report seeks to offer transparency that the public deserves and to spur increased action to protect our most vulnerable residents.”

As Dean previously talked about with Faithwire, much of the criticism of Cuomo hinges on a directive issued on March 25, 2020, by his Department of Health. The guidance barred nursing homes from denying admission or re-admission to residents — even if they had tested positive for COVID-19 or were suspected to be infected with the virus, which is incredibly dangerous for elderly and immunocompromised demographics.

The meteorologist’s father- and mother-in-law died in late March and early April.

“When it comes to tough questions about his leadership during this time,” Dean told us in June 2020, “Cuomo has shown he isn’t so tough after all. In fact, he prefers to place blame on anyone but himself for the disastrous decisions he’s made.”

For Cuomo’s part, the celebrity governor has repeatedly eschewed responsibility for what has happened in New York nursing homes.

As the Times Union reported, lawmakers and epidemiologists have long been skeptical of an internal investigation conducted in July by Cuomo’s own office. The findings from that analysis conventionally absolved Cuomo of all responsibility for the thousands of nursing home deaths linked to COVID-19 infections. Rather than concluding the March 25 order from the DOH may very well have contributed to the spike in fatalities, the authors of the internal probe placed the blame squarely on the shoulders of staff members whom, they claimed, brought the virus into the elder-care facilities months before Cuomo was aware of the impending outbreak.

Cuomo has also blamed God and “Mother Nature” for the number of deaths that happened on his watch. He told reporters in May 2020 that “nobody” should be prosecuted for those who died in nursing homes, arguing, “How do we get justice for those families of those 139 deaths? Who can we prosecute for those 139 deaths? Nobody. Mother Nature, God where did this virus come from? People are going to die by this virus — that is the truth.”

Lawmakers and health care experts have since been demanding an independent investigation into Cuomo’s handling of the pandemic, particularly as it pertains to his administration’s policies for nursing homes. Even some Democrats are on board with the call for an outside analysis: State Sen. James Skoufis, the Democratic chair of the chamber’s Investigations Committee, said Monday he would support the use of subpoena power in order to get answers about what went wrong in his state’s nursing homes.

It’s worth noting that, after hearing Skoufis’ comments, a hearing previously scheduled for Feb. 3 was moved — at the request of Cuomo’s office — to Feb. 25.

As of mid-January, Cuomo’s administration admitted to at least 8,201 COVID-19-related deaths inside the state’s nursing homes. The numbers the governor has been releasing, however, have been called into question for weeks and now, thanks to James’ investigation, it appears that has been for good reason.