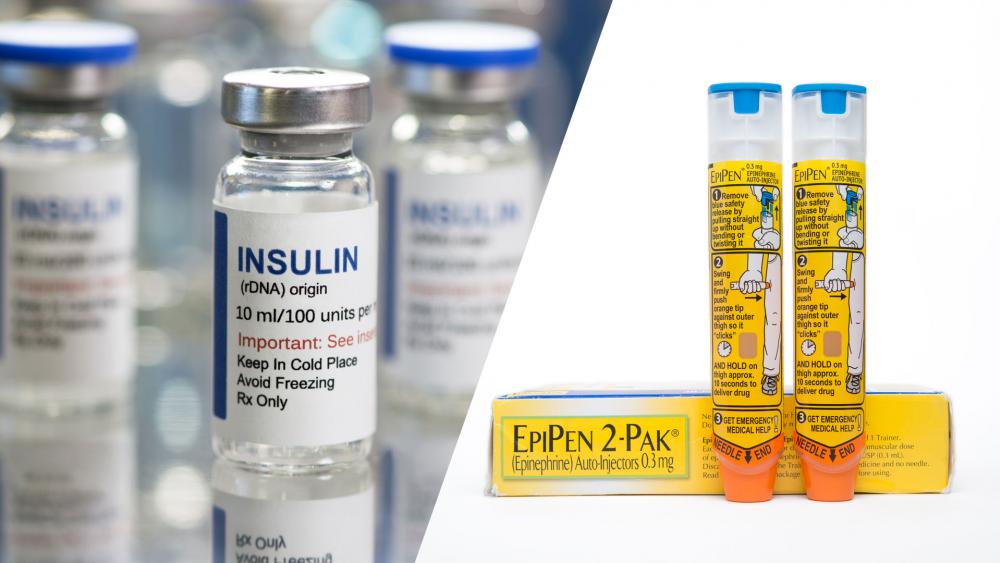 Chances are, if you're a diabetic, you could be affected by President Joe Biden's reversal of a rule signed by President Trump in December which was designed to lower prescription prices for insulin and epinephrine.

The Department of Health and Human Services (HHS) Thursday announced the rule would be put on hold until it can be reviewed in the next 60 days.

Insulin is used in the treatment of diabetes. Some 20 million Americans suffer from it. Epinephrine is used to treat severe allergic reactions.

Bloomberg Law reported the freeze is the Biden administration's large-scale effort to review all of the Trump administration's health policies.  If there are "fact, law or policy concerns", the HHS will delay the rules and consult with the Office of Management and Budget about other actions.

It was a move that made Mary Vought, executive director of Senate Conservatives, question if Democrats want higher insulin prices.

Last December, Trump ordered community health centers to help low-income patients to purchase insulin and epinephrine. It was an effort to make drug costs more affordable. Now due to Biden's reversal, the rule will not be implemented until March 22 if it's approved by the new administration, according to a Federal Register post.

It's no secret that Big Pharma hated President Trump in his efforts to reduce drug prices. Trump's "most favored nation" law even aimed to lower prices in Medicare by linking the costs of certain medicines to cheaper prices in other developed countries.

Sovereign Wealth Fund Institute reports there are three companies that dominate more than 90% of the world insulin market by value. Eli Lilly and Company, Novo Nordisk A/S, and Sanofi S.A. will benefit from Biden's freeze.

Humanevents.com also noted that during the 2020 election, Eli Lilly gave more than $138,000 to the Biden campaign and suggested that maybe "he is just returning the favor."

U.S. Rep. Dan Crenshaw (R-TX) also questioned Biden's reversal as an effort to get rid of everything Trump.

"Why add this to the chopping block? To 'own Trump'?" the congressman wrote on Twitter.  "Why exactly does Biden NOT want to pass on cost savings on insulin? Diabetics deserve better."

Why add this to the chopping block? To "own Trump"?

Why exactly does Biden NOT want to pass on cost savings on insulin? Diabetics deserve better. https://t.co/daNX64Dtny

U.S. Rep. Michael Burgess (R-TX) who's also a medical doctor, tweeted his disappointment in the Biden administration's move, writing:
"Insulin and EpiPens are not new. They have been saving lives for decades. Disappointed in the Biden Administration for delaying savings for the families and patients dependent on these drugs."

Insulin and epipens are not new. They have been saving lives for decades. Disappointed in the Biden Administration for delaying savings for the families and patients dependent on these drugs.