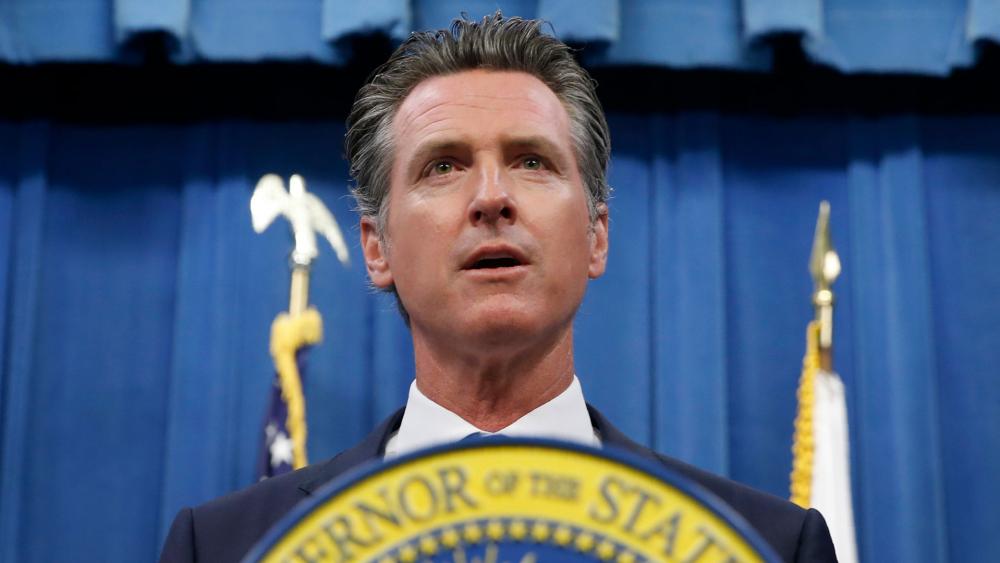 The Daily Mail reports Newsom lifted the lockdowns after seven weeks because that state is experiencing a 'flattening of the curve'.

He had said ICU capacity is projected to rise above the 15 percent threshold that triggered the lockdown measures.

Last week, state health officials told The Associated Press they were keeping all the data secret because it is complicated and might mislead the public. The release of the data points came after coronavirus experts, joined by a public access organization and a business group, said the information should be public, and as Gov. Newsom's political opponents decried the secrecy.

The secrecy in the Democratic Newsom administration brought recriminations from Republican legislative leaders and from former San Diego Mayor Kevin Faulconer, who is exploring a challenge to Newsom.

"Californians want to follow the science. Instead, we're forced to follow a governor who decides on a whim the fate of millions of Californians while refusing to release the data behind his contradictory and arbitrary decisions," Faulconer tweeted early Monday.

The timing of the lifting of the COVID restrictions was also questioned by some critics who accuse Newsom of lifting the restrictions in response to a threat of a recall.  A recall effort against him is underway in the state. Organizers have until mid-March to gather 1.5 million signatures needed to force a recall vote against Newsom, according to the Daily Mail.

Since 1913, there have been 165 recall attempts of state elected officials in California. Nine recall efforts collected enough signatures to qualify for the ballot, and of those, the elected official was recalled in five instances, according to the California secretary of state's website.

The most recent recall effort was back in 2003 when Democrat Gov. Gray Davis was recalled.  Arnold Schwarzenegger (R) was the elected successor and served until 2011.

In a press conference Monday, Cuomo said his administration was examining how "to open up more economic activity and reduce some of the restrictions."