'The Enemy Is Within': Pelosi Accuses Lawmakers of Threatening Violence 1 Day After DHS Warns of Domestic Extremism 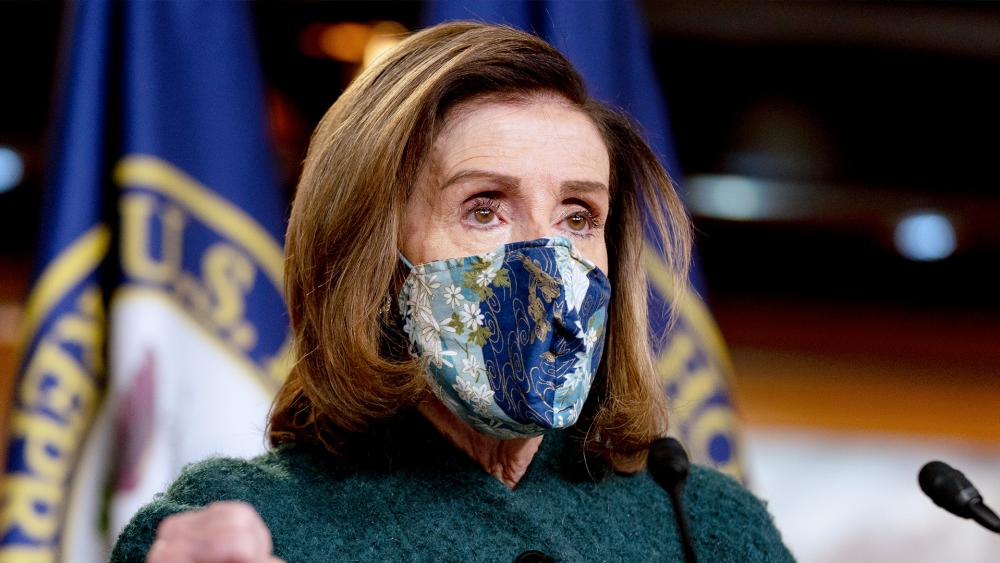 House Speaker Nancy Pelosi is railing against Republican lawmakers saying "the enemy is within" after she received a request for more protection from her Democrat colleagues.

JUST IN - House Speaker Pelosi on Republicans: "The enemy is within" the House: "We have members of Congress that want to bring guns on the floor and have threatened violence on other members of Congress."pic.twitter.com/QuRnIoALSH

Pelosi's claim of violence comes after a controversial post by Republican Rep. Marjorie Taylor Greene about going on offense against progressives. And Pelosi is presumably concerned about several Republican lawmakers, such as Rep. Andy Harris, who carry a firearm for personal protection.

Greene has responded to accusations against her with a tweet about her acceptance of all people.

Since the media wants to define me by my old social media posts, then why won't they run breaking news stories on these old post of mine?

The bulletin also suggested the Jan. 6 riot at the U.S. Capitol building may encourage extremists and set the stage for additional attacks. It gives a timeline to local law enforcement officials that runs until the end of April.

The department did not cite a specific threat but claimed there's “a heightened threat environment across the United States” that it believes “will persist” since Biden took office on Jan. 20.

"Information suggests that some ideologically-motivated violent extremists with objections to the exercise of governmental authority and the presidential transition, as well as other perceived grievances fueled by false narratives, could continue to mobilize to incite or commit violence,'' the bulletin said.

It did not mention any ideological or political affiliation. Instead, it warned about “individuals frustrated with the exercise of governmental authority and the presidential transition, as well as other perceived grievances and ideological causes fueled by false narratives.”

These individuals, DHS said, “could continue to mobilize a broad range of ideologically-motivated actors to incite or commit violence.

It is not uncommon for the federal government to warn local law enforcement through bulletins and advisories about the prospect for violence tied to a particular date or event, such as July 4.

But this particular bulletin, issued through the department's National Terrorism Advisory System, is notable because it effectively places the Biden administration into the politically charged debate over how to describe or characterize acts motivated by political ideology and suggests that it sees violence surrounding the election outcome as akin to terrorism.

The wording of the single-page document suggests that national security officials see a connective thread between recent violence over the last year motivated by anti-government grievances, whether over COVID-19 restrictions, the 2020 election results or police use of force. It also singles out racially motivated acts of violence such as the 2019 shooting rampage targeting Hispanics in Texas, as well as the threat posed by extremists motivated by foreign terrorist organizations.

DHS also notes violent riots in “recent days,” an apparent reference to events in Portland, Oregon, and Seattle, Washington which are linked to far-left groups.

The alert was issued by acting Homeland Security Secretary David Pekoske. Biden’s nominee for the Cabinet post, Alejandro Mayorkas, has not been confirmed by the Senate.