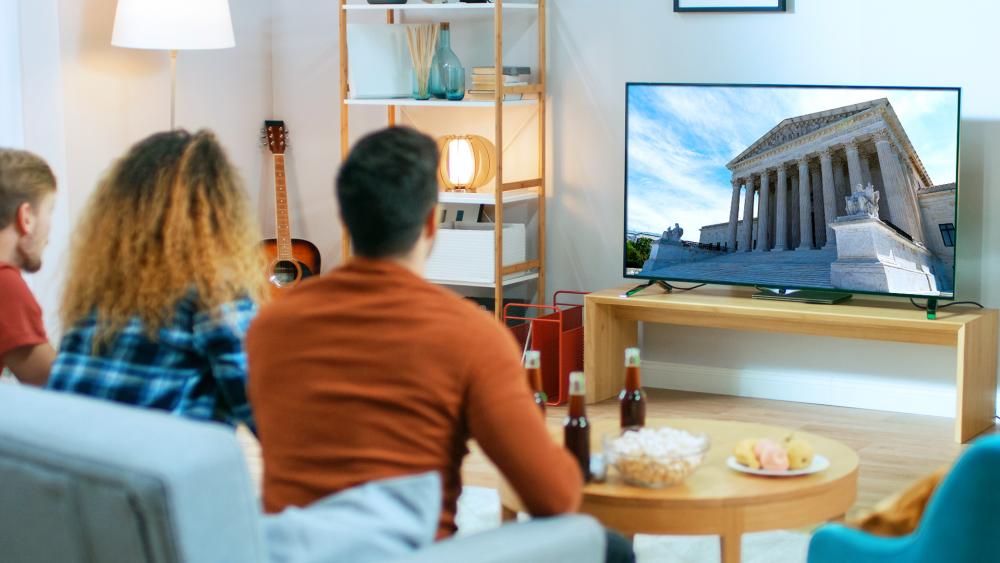 Cameras are everywhere these days. But one place they have not been allowed ever is during sessions of the US Supreme Court. Most justices have long opposed televising arguments.

In June, the Senate Judiciary Committee voted to require the high court to open up to on-camera sessions.

One of the leading proponents of the change is Sen. Chuck Grassley (R-IA) who wrote an op-ed in USA Today telling why he supports it.

Grassley cites the televising of the Derek Chauvin murder trial for the death of George Floyd in Minneapolis as an example of how cameras helped bring transparency to a tense and emotion-fraught process.

"Cameras in the Hennepin County courtroom didn't tilt the scales of justice, disrupt court proceedings or infringe on due process of the accused. If anything, the live feed delivered unfiltered assurance to the American people. It showed our system of justice at work and affirmed the independence of the judiciary as an impartial arbiter of the rule of law," Grassley wrote.

"Cameras in our courts fortify the public trust in our nation's administration of justice," he continued. "In these times of racial, political, and social divide, that's a priceless public good that can help rebuild faith in one another and our civic institutions."

But not everyone agrees. Memories of a cowed judge who seemed to "play" to the in-court camera during the O.J. Simpson murder trial give pause to many, only increasing concern that cameras change the behavior of lawyers and judges and impinge on how the court gets business done.

Forbes reports that's a big reason the nation's highest court has opposed it. It is actually one area of government where politics mostly has taken a back seat.

In a 2010 hearing on the matter, then-Justice Anthony Kennedy stated "A majority of my court feels very strongly… televising our proceedings would change our collegial dynamic."

Sen. Ted Cruz (R-TX) told Fox News he worries that cameras could "overly politicize" the High Court. He suggested that "you would see the lawyers for both sides behaving differently."

"Every single one of us behaves dramatically differently when the C-SPAN cameras are on. When the cameras are off and we're in a classified briefing, suddenly people have their jackets off," said Cruz. "They actually have conversations."

Grassley says a majority of state courts allow cameras in the courtroom, with discretion by judges to limit or prohibit coverage of trial proceedings. The Supreme Court has provided audio of its oral arguments to news organizations since the mid-1990s.

The Supreme Court periodically releases same-day audio for "big" cases, and according to Fox News, the court allowed live audio of oral arguments via phone during the pandemic.

According to Forbes, the bill to mandate television coverage in open sessions of the Supreme Court passed the committee 15 - 7, with four Republicans voting for it.

It allows a majority of justices to have some control over the use of cameras, allowing them to turn the cameras off for cases where they rule that televising the proceedings would violate the due process rights of any of the parties before the court.

The real question is whether televised court proceedings can provide needed transparency without distortion of truth, and whether "seeing yourself on television" will actually diminish the gravity of the court and politicize important issues even more.