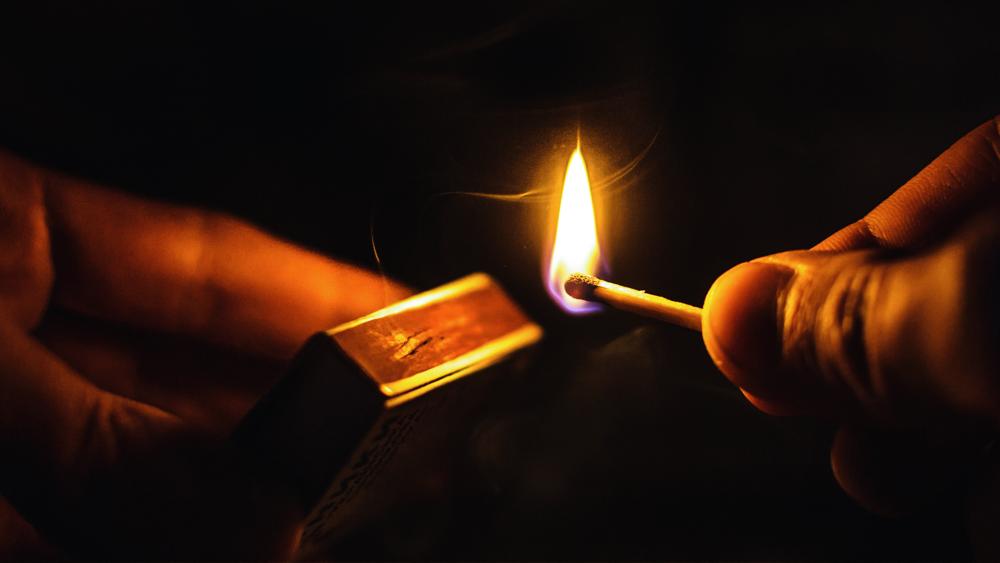 An apparent ongoing anti-Christian campaign in Canada has resulted in a total of 45 churches being attacked with some of the buildings being burned to the ground.

As CBN News has reported, terrorists are responsible for the attacks against mainly Roman Catholic churches serving indigenous congregations.

CTV News reports indigenous leaders are calling for the church arsons to stop.

"Burning down churches is not in solidarity with us indigenous people. As I said we do not destroy people's places of worship," said Jenn Allan-Riley, an assistant Pentecostal minister at Living Waters Church during a press conference last week.

"We're concerned about the burning and defacing of churches bringing more strife, depression, and anxiety to those already in pain and mourning," she said.

Seventeen of the 45 church buildings attacked have suffered fire damage or completely burned to the ground.

Counter Signal.com reports the fires and the vandalism span six provinces and the Northwest Territories. Some of the attacks have been in the heartland of First Nation's territory.

The Royal Canadian Mounted Police (RCMP) said they are investigating the church fires to see if they are connected.

As CBN News reported, terrorists have also targeted other churches not affiliated with the Roman Catholic church.  Last week, the building housing the House of Prayer Alliance Church in Calgary was set on fire.

Battalion Chief Keith Stahl told CBC News the fire was mostly confined to the outside of the building, but the interior did have heavy smoke damage. Police believe the fire was intentionally set, but have no suspects.

The congregation of 230 people has been unable to meet in the building due to the fire damage.

"We are refugees. We escaped from Vietnam to come here to get more freedom, to live, and we think it was a good country – and now it happened to our church," Pastor Nguyen said. "Maybe it is not safe to be here in Canada compared to Vietnam."

TERRORISM: "We are refugees. We escaped from Vietnam to come here to get more freedom, to live, and we think it was a good country - and now it happened to our church," Pastor Nguyen said. "Maybe it is not safe to be here in Canada compared to Vietnam" https://t.co/WNkEQ2Dq6f pic.twitter.com/7qoMYGsonH

The church fires were reported across Canada following the recent discoveries of unmarked graves on the sites of former boarding schools for Indigenous children, many of which were run by churches. The remains of nearly 1,000 bodies have been found so far, most of them Indigenous children.

On Tuesday, Canadian Prime Minister Justin Trudeau said his "heart breaks" after the discovery of more unmarked graves on the grounds of an Indigenous residential school in the southern Gulf Islands off the British Columbia coast.

The Penelakut Tribe says more than 160 undocumented and unmarked graves have been found on the site of the former Kuper Island Indian Industrial School.

"I recognize these findings only deepen the pain that families, survivors, and all Indigenous peoples and communities are already feeling as they reaffirm the truth that they have long known," Trudeau said during a news conference Tuesday in Ottawa.

"To members of the Penelakut Tribe, we are here for you. We cannot bring back those who are lost but we can and will continue to tell the truth," Trudeau said.

In an email to CBN News, Fraser Logan, media relations manager with the "K" Division of the RCMP in Alberta, responded to our inquiry about his district's ongoing church fire investigations.

The Bonnyville RCMP arrested and charged a teenager with arson on July 9 for setting fire to an old abandoned church building (Our Lady of Mercy) located on the Kehewin Cree Nation.

The Peace Regional RCMP, located in Peace River, is investigating the fire at Our Lady of Peace Catholic Church on July 3. The church received minor damages as a result of the fire and a broken window.  No one was injured. Fire investigators have ruled the fire to be arson.

The Morinville RCMP is still investigating the structure fire which burned the St. Jean Baptiste Church building to the ground on June 30 and caused the evacuation of nearby homes and businesses.

The Gleichen RCMP is still investigating two church fires in its region. A fire was set at the Siksika First Nation Catholic Church on June 28, which has been ruled as arson. Fortunately, the fire was extinguished before any significant structural damage occurred.  No one was in the church at the time of the incident and no one was injured.

There was also a break-in and the attempt to start a fire at the Siksika Anglican Church the very next day on June 29.

In an email to CBN News, the RCMP also provided information about recent reports of church arson in Manitoba.

The latest incident in that region was on July 5 in South Indian Lake in which the building of the United Church was destroyed by fire. No one was injured.

On July 3, 2021, Swan River RCMP received a report of arson at the Catholic Church in Pelican Rapids, Manitoba. The Pelican Rapids Fire Department was on the scene very quickly, and there was minor damage to the exterior and some smoke damage to the interior. There were no injuries.

The South Indian Lake RCMP also received a report on July 1 that someone had tried to burn the Catholic Church. A bystander was able to put out the fire before it spread but there was some damage to the back of the building.

The investigations into all of these cases are still ongoing and there have been no arrests.

The RCMP is asking the public's assistance for any information in relation to these incidents and identifying those responsible. You may call the respective RCMP detachment (links provided above) If you wish to remain anonymous, you can contact Crime Stoppers at 1-800-222-8477 (TIPS), online at www.P3Tips.com, or by using the "P3 Tips" app available through the Apple App or Google Play Store.