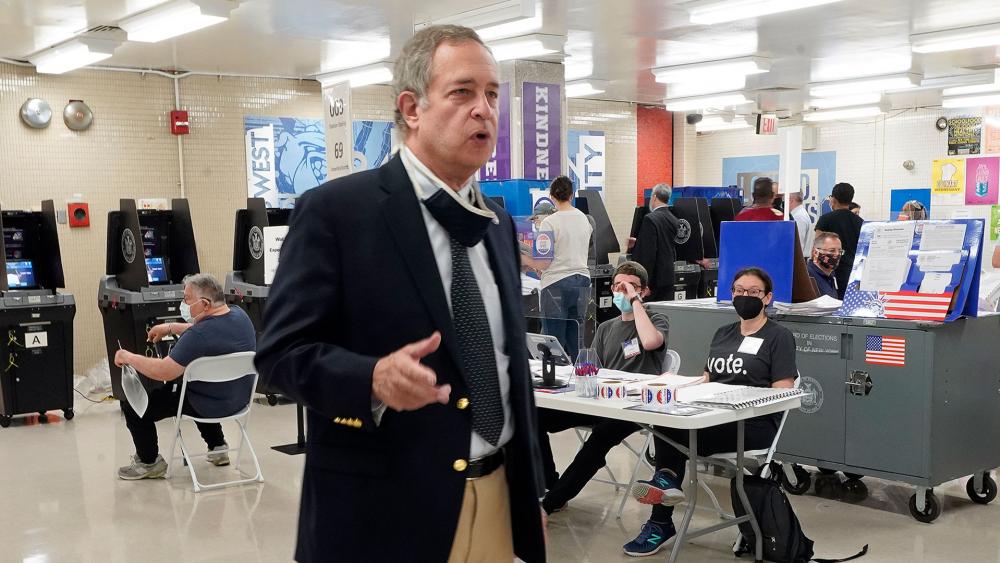 New York City elections officials have been struggling to figure out the results of the Democratic mayoral primary after a first attempt went disastrously wrong due to a massive ballot mix-up.

The election fiasco resulted after the accidental inclusion of 135,000 test ballot images in the vote totals.

The mayor's race, the first city election to use "ranked-choice voting", was thrown into disarray after the city's Board of Elections posted incorrect preliminary vote counts in the Democratic primary and then withdrew them hours later.

The city's system is reportedly based on a simple premise: Democracy works better if people aren't forced to make an all-or-nothing choice with their vote.

Rather than pick just one candidate, voters could rank up to five candidates in order of preference. Even if a voter's top choice doesn't have enough support to win, their rankings of other candidates still play a role in determining the victor.

But the system is more complex than a traditional election, making it tough to forecast a winner. And it would seem to take even longer to get results.

Officials at the New York City Board of Elections (BOE) apologized for their error and said they would release new ranked-choice results Wednesday for in-person voting in the June 22 primary.

"We are aware there is a discrepancy in the unofficial (ranked-choice voting) round by round elimination report," the BOE said in a statement on Twitter. "We are working with our RCV technical staff to identify where the discrepancy occurred. We ask the public, elected officials, and candidates to have patience."

Adams' campaign, which had pointed out the vote discrepancy after the faulty count was released, said the former police captain remained confident he would win.

Critics said the mistake Tuesday proved that the board was not equipped to handle the new ranked-choice system.

"Yet again, the fundamental structural flaws of the Board of Elections are on display," Mayor de Blasio said in a statement Wednesday.

De Blasio called for "a complete structural rebuild" of the board, which operates independently of his office.

Final results in the primary could still be weeks away. The results that were released and then withdrawn on Tuesday didn't include any of the nearly 125,000 absentee ballots cast in the Democratic primary.

Those ballots won't be added to the count until at least July 6.

Once certified, the Democratic primary winner will square off against Curtis Sliwa, the Republican founder of the Guardian Angels in the general election on Nov. 2.

The website RedState.com made the observation that "New York City — for a week — has been counting 135,000 "ballots" as part of the tabulation process that were never cast. No one noticed."

"Yet the Democrats and the media claim that GOP efforts to make state election officials 'check your work' in November were an assault on democracy when a combined total of 42,500 votes in three states determined the outcome of the election. Those states were using radically different election processes involving millions of mailed-in ballots for the first time, and in some instances using voting machines and software that had never been used before," RedState noted.

"This reality ENCOURAGES election fraud — the risk of being caught is almost zero because the process for uncovering fraud is unsuited to the task within the time available," the RedState article contends. "Once the election outcome is 'certified' there is no going back — fraud or no fraud. The goal of victory is accomplished, and the price paid was simply the need to engage in obstructionist conduct in the post-election litigation."

"It took NYC a week to recognize a blatant and obvious idiotic error — and it only did so after it was pointed out by one of the candidates and the media," the website continued.

Pointing to the broader presidential election questions from 2020, RedState contends, "The system is broken."