'If You Wait, It Could be Too Late': Franklin Graham's Plea to Christians to Get COVID Shot 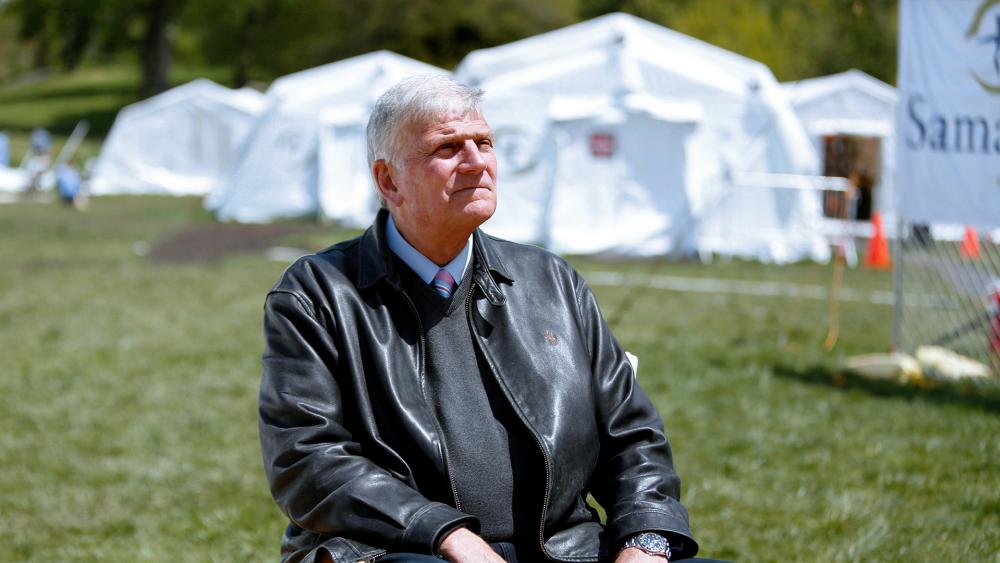 In this May 7, 2020, file photo, the Rev. Franklin Graham, president and CEO of Samaritan's Purse, sits for a portrait at his group's field hospital in New York's Central Park. (AP Photo/Jessie Wardarski, File)

One of the most well-known evangelists in the world is urging fellow Christians to get a COVID-19 vaccination, and he's taking his plea to the mainstream media.

Franklin Graham, president, and CEO of the Billy Graham Evangelistic Association (BGEA) and Samaritan's Purse told "Axios on HBO" about what he believes is a pressing need for people to be vaccinated.

Axios' Mike Allen asked Graham, "Nothing is more important to you than saving souls?"

"I want people to know that God loves them. He will forgive you and God will accept you into his presence," the evangelist replied.

"I want people to know that COVID-19 can kill you," Graham continued. "But we have a vaccine out there that could possibly save your life. And if you wait, it could be too late."

Axios reported during the interview in North Wilkesboro, N.C., Graham, 68, a staunch supporter of President Donald Trump, also spoke of his recent visit with Trump at Mar-a-Lago in Palm Beach, Florida. He also talks about President Biden and more.

Graham's full interview airs at 6:00 pm Eastern Sunday on "Axios on HBO" which can be seen on HBO and HBO Max.

Samaritan's Purse, the charity arm of the BGEA, has set up field hospitals around the world to help treat the onslaught of COVID-19 patients.

"We have seen firsthand — at least I have — what coronavirus can do to a person," Graham told NPR last month. "It's frightening, and you don't want it."

As CBN News reported in March, Graham told ABC News that there could be harmful consequences if pastors discourage church members from receiving the shot.

"I would hope that the pastors in the pulpit would tell people how they can be saved from God's judgment," Graham said, always putting the message of salvation first. Then he continued, "I think for a pastor to tell someone not to take the vaccine is problematic because what would happen if that person got coronavirus and died?"

"I think if there were vaccines available in the time of Christ, Jesus would have made reference to them and used them," he added.

Graham said last month he and his wife both have received the vaccine. But he drew the ire of some of his Facebook followers when he posted he believed Jesus would have supported the effort to get people to take the shots, according to The Charlotte Observer.