Biden's Presidency Tanking in the Polls, Majority Say His Administration Not Competent to Run the Country 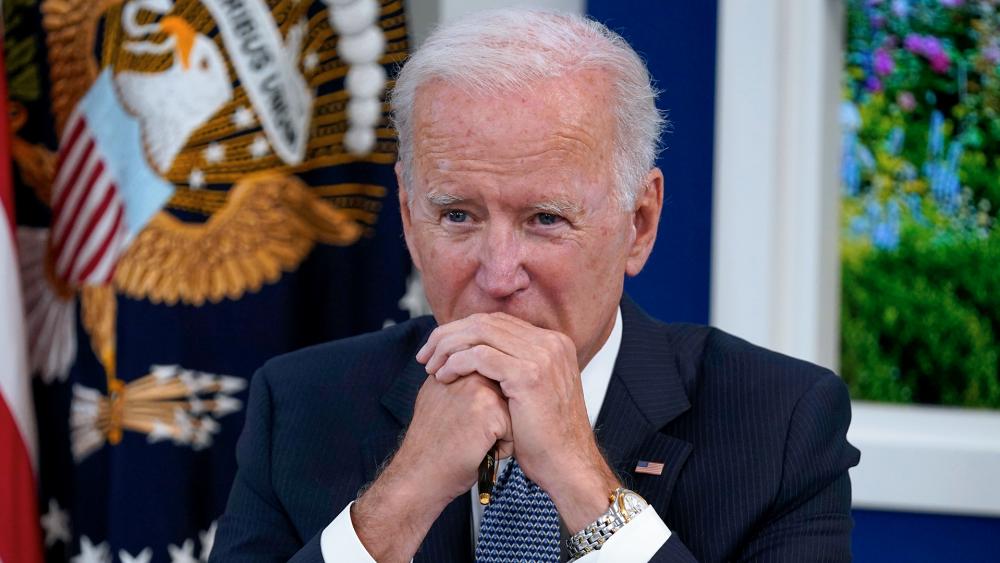 President Joe Biden listens during a meeting with business leaders about the debt limit in the South Court Auditorium on the White House campus, Wednesday, Oct. 6, 2021, in Washington. (AP Photo/Evan Vucci)

President Joe Biden's approval rating from the American people has dropped yet again as his Build Back Better agenda continues to be stalled in the Democrat-controlled Congress.

His approval was already down to 42% just a few weeks ago after the Afghanistan fiasco and the southern border crisis.

Biden had a high of 50% back in February, only a month after he took office.

Among Democrats, he still has an 80% approval rating, compared to 4% from Republicans, and 32% from Independents.

According to the Quinnipiac poll, Biden received negative scores in the double digits on all but one key issue when Americans were asked about his handling of the following issues:

The survey also reveals that more than half of Americans say the Biden administration is not competent in running the government (55% disapprove and only 42% approve).

"Battered on trust, doubted on leadership, and challenged on overall competency, President Biden is being hammered on all sides as his approval rating continues its downward slide to a number not seen since the tough scrutiny of the Trump administration," Quinnipiac University Polling Analyst Tim Malloy said in a prepared statement.

For its latest poll, Quinnipiac surveyed 1,326 U.S. adults nationwide from October 1-4 with a margin of error of +/- 2.7 percentage points.