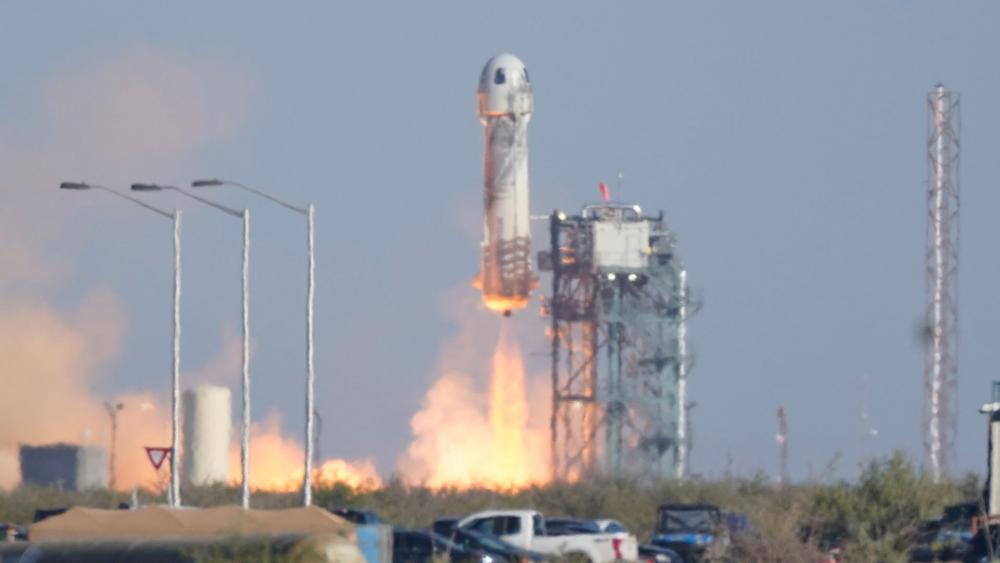 After years spent sailing among the stars on television and on the big screen, actor William Shatner has finally gotten a real-life glimpse of the world beyond earth's atmosphere.

And the "Star Trek" star made history in the process. At 90-years old, Shatner has just become the oldest person ever to blast off into "space".

For about 10-minutes on Wednesday, he joined Audrey Powers, a Blue Origin vice president and former space station flight controller for NASA, and Chris Boshuizen, a former NASA engineer, and Glen de Vries on a Blue Origin flight lifting off from a launchpad near Van Horn, Texas. The group took in an interstellar view of earth before parachuting safely back to the ground.

The 66.5-mile high-altitude flight included about three minutes of weightlessness and a view of the curvature of the Earth. 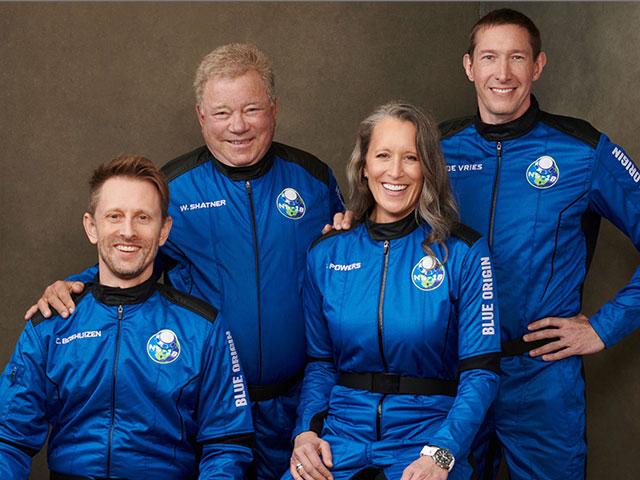 Sci-fi fans reveled in the opportunity to see the man best known as the stalwart commander of the starship Enterprise boldly go where no American TV icon has gone before. Shatner starred in the original "Star Trek" series from 1966 to 1969, back when the U.S. was racing for the moon. He also went on to appear in a string of "Star Trek" movies.

NASA sent best wishes ahead of the flight to Shatner, tweeting: "You are, and always shall be, our friend."

@WilliamShatner We wish you all the best on your flight to space.

You are, and always shall be, our friend. https://t.co/5nmXfvMydU pic.twitter.com/oL65h3y9Hi

Blue Origin company owner Jeff Bezos welcomed the quartet as he opened the hatch of the New Shepard capsule, named for the first American in space, Alan Shepard.

"What you have given me is the most profound experience," an exhilarated Shatner told Bezos after climbing out of the hatch, the words spilling from him in a soliloquy almost as long as the flight. "I hope I never recover from this. I hope that I can maintain what I feel now. I don't want to lose it."

The actor said he was struck by the vulnerability of Earth and the relative sliver of its atmosphere.

"Everybody in the world needs to do this. Everybody in the world needs to see," he said. "To see the blue color whip by and now you're staring into blackness, that's the thing. The covering of blue, this sheath, this blanket, this comforter of blue that we have around, we say, 'Oh, that's blue sky.' And then suddenly you shoot through it all, and you're looking into blackness, into black ugliness."

Blue Origin said it plans one more passenger flight this year and several more in 2022. Sounding like the humane and idealistic Captain Kirk himself, the company said its goal is to "democratize space."

The flight brought to 597 the number of humans who have flown in space.