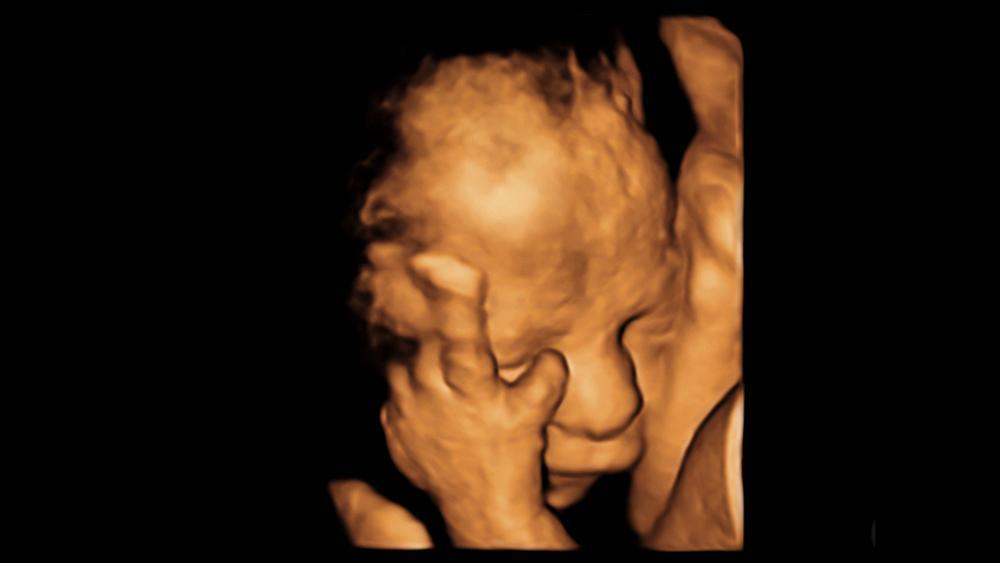 On Wednesday afternoon some strange and unsettling news began to leak out of our nation’s capital. The information flow picked up on Thursday, with major outlets reporting that “DC Police discovered five fetuses [aborted babies] at the home of an anti-abortion [pro-life] activist in Capitol Hill.” The home where the aborted babies were found is currently being used by Lauren Handy, the director of activism for a group called the Progressive Anti-Abortion Uprising (PAAU).

The group reportedly received the fetuses from a whistleblower from within a local abortion clinic. According to a press release, PAAU activists “privately arranged for the Metropolitan Washington D.C. Police homicide unit to pick up five recently discovered late-term aborted babies for forensic examination. Their late gestational ages, as well as their apparent sustained injuries potentially, show violations of the Partial-Birth Abortion Act as well as the Born Alive Infants Protection Act which are federal crimes.”

Live Action further reported that “Aborted babies discovered in DC may indicate infanticide after attempted abortions.” According to their investigative report by Sam Dorman, it appears that all of the babies were not only viable, but it appears they may have also suffered as the victims of failed abortions, which resulted in infanticide. Live Action included a quote from Dr. Robin Pierucci, a neonatal specialist, who claims, “I can say with confidence that these babies died at an age when they were viable, premature people.” Dr. Pierucci has noted that, in her work at a Neonatal Intensive Care Unit (NICU), she would “care for little ones this size and age.”

MORE  ‘I’ve Never Seen Anything So Evil and Grotesque in My Life’: Understanding What Happened in the Case of the 5 Full-Term Aborted Babies

Along with the story, the president and founder of Live Action, Lila Rose, shared a series of tweets with horrifying and heart-breaking images — the pictures of the aborted children. Along with the pictures, she also provided estimations of their approximate ages and descriptions of their wounds and the possible causes of death.

The bodies of at least 5 preborn children, some of whom may have been born alive and then killed, have been discovered in Washington DC.

Prepare for graphic imagery ahead in this critical thread

Rose suggests, “Baby girl 1 appears to be in the early 3rd trimester and has indications she may have been alive at the start of the procedure. If true means the abortionist would have committed an illegal partial-birth abortion, where a baby is partially delivered before a doctor ends her life.”

As a father of a son who was born early and undersized, it was the second image that hit closest to home for me. Rose captioned the image of this as: “Beautiful Baby Boy 1…looks to be between 30-32 weeks of gestational age. He is totally intact and the size of a small newborn. He appears to be completely normal and looks to be aborted using the induction method, which uses medication to induce labor.”

When I saw that photo, my stomach dropped. I thought to myself, This child looks to be about the same size that Jack was when Jack was born. Today, Jack is a happy, healthy 2-year-old — while this poor, nameless baby is dead, having most likely suffered horribly as he was put to death.

It can be easy to get caught up in the murky details of this story. How exactly did Lauren Handy get the bodies of the aborted infants? What did PAAU plan to do with them? Why were PAAU activists arrested? The group announced they are holding a press conference on Tuesday to address these lingering questions and more.

Another serious question is whether or not the D.C. police will actually investigate their causes of death. Early indicators to that end are not good. The Washington Post has reported that the “D.C. Medical Examiner has no plans to autopsy fetuses removed from antiabortion activist’s home.”

Sadly, in a culture of death like ours, what can we expect? Lila Rose continues to demand accountability, as we all should. She tweeted that it’s now “Day FOUR since DC Chief Medical Examiner + police obtained the bodies of five children, some of whom may have been victims of infanticide or illegal partial-birth abortion. Police claim they are “investigating” but admit no autopsy yet. Why? CME must act now. #JusticeForTheFive.”

Justice is an important and clarifying lens with which to consider this unfolding event. These awful photos show, for all the world to see, that a grave evil — a great injustice — has been committed. We dare not look away. We can’t pretend like we haven’t been given ample opportunity to see just what exactly the nature of this injustice is. If we want justice to be done for both the victims here and all the unborn children in our country who suffer under the threat of a similar fate, we must be clear-eyed about what exactly it is that is being done to innocent life under the false flag of “reproductive freedom.”

John Wesley Reid, editor-in-chief for the Standing for Freedom Center, aptly summarized how wrong-footed the D.C. police’s response to the discovery has been. He wrote, “A D.C. assistant police chief said the babies appear to have been ‘aborted in accordance with D.C. law’ and ‘There doesn’t appear to be anything criminal about that — except for how they got into the house.’” Reid went on to say, “It’s horrifying that the crime they are concerned about is how the dead babies got into a house — not the fact that they were killed.”

Horrifying indeed. This entire incident is truly horrifying on every level — from the fact that these babies are allowed to be legally aborted in our nation in the first place, to the apparent reality that they may have been further tortured and finally killed after failed abortions, to the callousness of the D.C. police, more concerned about where the dead babies were found than who killed them. Both the substance and the subject of this news are shocking — and we dare not look away.

It’s understandable that people would want to, of course, because these images are hard to look at. I saw a variety of individuals remark online that they “weren’t prepared” to witness such gruesome brutality.

But we dare not look away. If we are to have any hope of relegating the evil of legal abortion in America to the damned ash heap of history, more people need to see these pictures, not fewer. Let me be very clear: If you consider yourself part of the pro-life movement, you don’t have the luxury to look away. These precious, unborn, now lifeless children deserve the respect due to all those made in God’s image, to be looked upon and loved, even though they have been marred, dismembered, and destroyed by unspeakable acts of sinful cruelty.

William Wilberforce famously said, “You may choose to look the other way but you can never say again that you did not know.” As another William, one that history will probably not remember, let me exhort you that such a choice no longer exists. You must not choose to look the other way. If we want to drive the demonic practice of abortion from our land, we must confront the true nature of its evil work head-on. That means looking at these images, no matter how nauseous they might make us.

The images are graphic. They are gut-wrenching. But as they burn themselves into your mind, filling your eyes with tears, let them also fill your heart with a renewed, righteous answer to do whatever it takes to overturn Roe v. Wade and bring an end to the legalized slaughter of the unborn.

Proverbs 31:8-9 commands us to, “Speak up for those who cannot speak for themselves, for the rights of all who are destitute. Speak up and judge fairly; defend the rights of the poor and needy.”

But how can we speak of what we haven’t seen, and how can we know what the destitute are suffering if we don’t know which rights of the poor and needy need defending? These images both show and tell us exactly that. The destitute are the unborn. The right we must defend is their right to life. Let’s look, and then act, together to that end.

William Wolfe is a writer for the Standing For Freedom Center at Liberty University. Published with permission.