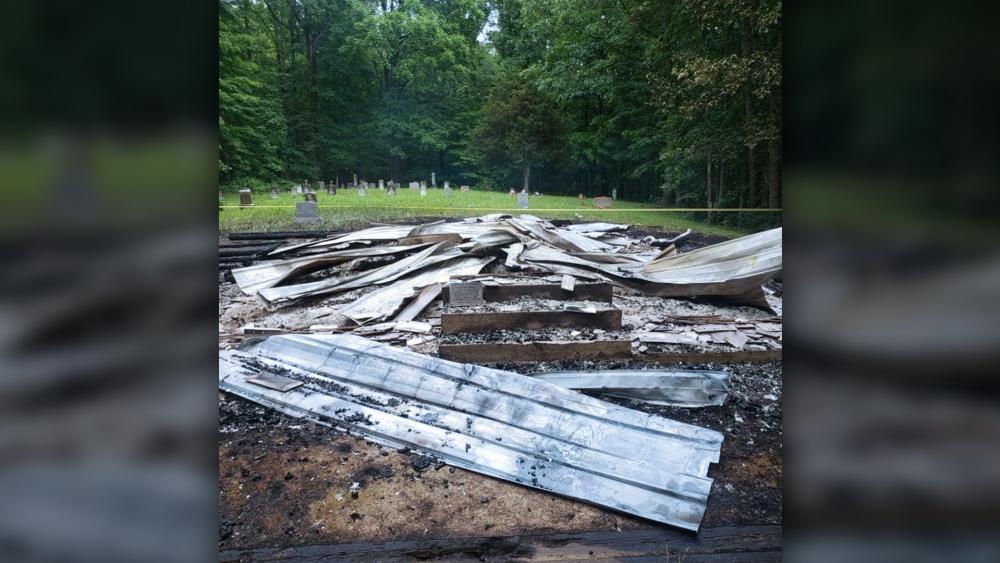 When firefighters arrived on the scene, this is all that remained of the St. Colman Catholic Church building. (Photo credit: Beaver Volunteer Fire Department/Facebook)

Authorities in Beaver, West Virginia are investigating a possible arson attack after a historic church building was destroyed by fire.

In a Facebook post, the Beaver Volunteer Fire Department wrote, "Upon arrival we found the structure was already burned to the ground and smoldering. At this time the fire is considered suspicious in nature and is being investigated as arson."

The Beaver VFD also shared photos showing the charred remains of the building. The only part of the structure not destroyed by the fire appeared to be the building's concrete steps.

In an emailed statement to CBN News, the Catholic Diocese of Wheeling-Charleston said: "The Diocese of Wheeling-Charleston is saddened to hear of the devastating fire at the historic St. Colman Catholic Church near Shady Spring, WV. Thankfully, no one was inside the building when the fire occurred, however, the structure is a total loss. The church, which was placed on the National Register of Historic Places since it was built in 1877 was not regularly used."

"The Diocese is truly grateful for the response of so many fire departments in the area, but the little church burned quickly and nothing can be saved. The cemetery behind the church will continue to be maintained," the statement continued.

CBN News has also reached out to the West Virginia State Police for an update on the arson investigation. We will publish that information here as soon as we hear back. 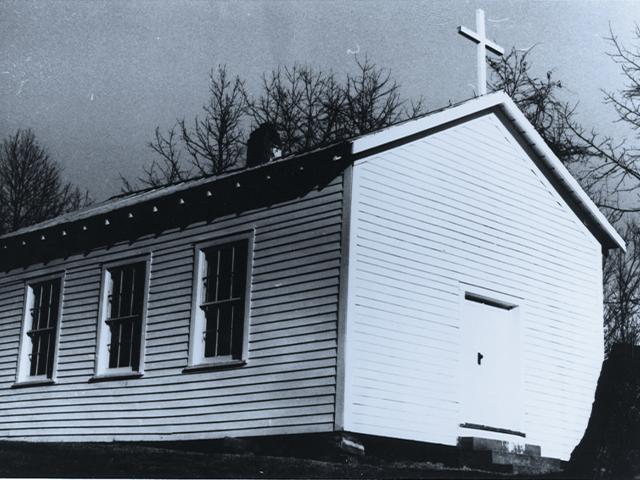 Listed on the National Register of Historic Places in 1984, the church building's original structure was built sometime between 1877 - 1878. It was a hewn log structure, which the National Register's application explains was "still evident in the hand hewn sills and joists that rest on the large foundation stones. The log structure was covered in 1928 by large clapboard wood siding that was, and is, painted white."

The church's cemetery located to the rear of the building was the principal burial ground for the Irish Mountain community, according to the application. The church building and cemetery were named a Raleigh County Historical Landmark in 1983. 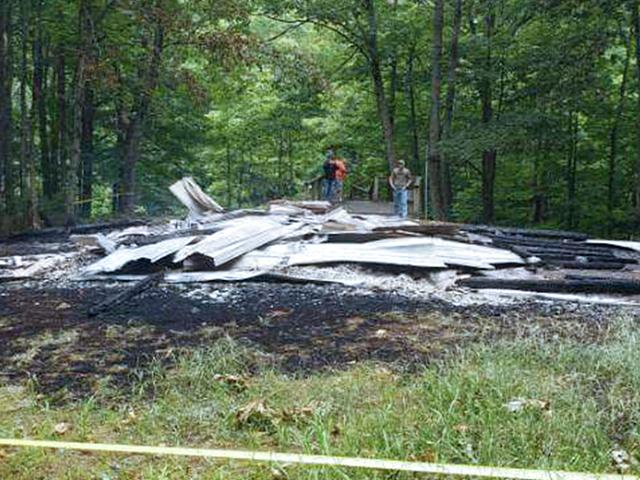 The Beaver VFD is asking for anyone with information about the fire to contact the West Virginia State Police, Trooper D. Daniels at 1-304-256-6700, the WV State Fire Marshall's Arson Hotline at 1-800-233-3473 or Crime Stoppers of Raleigh County at 1-304-255-STOP or www.crimestopperswv.com.