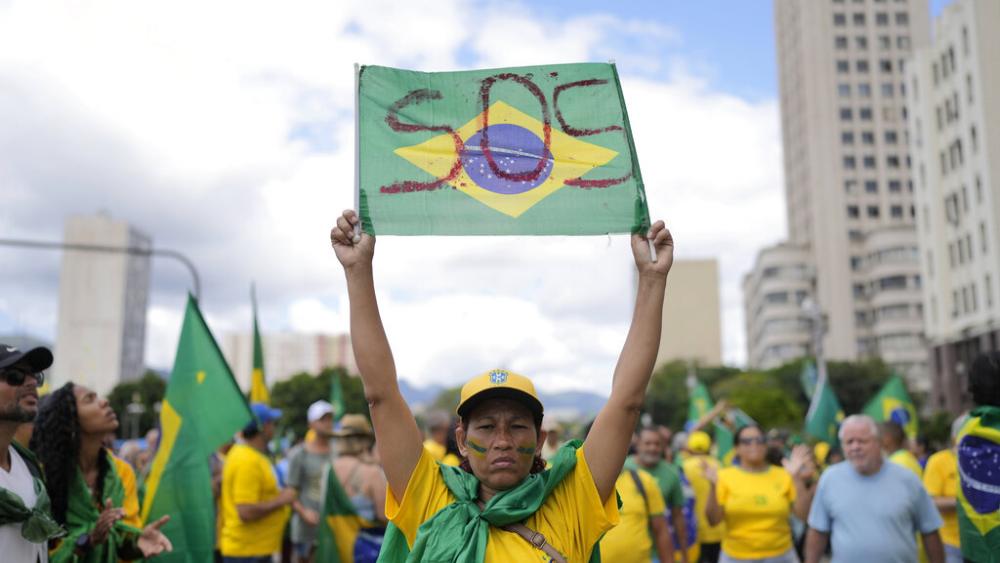 One week after Brazil's presidential election run-off, thousands of demonstrators remain gathered in front of a military building in downtown Rio for the 5th consecutive day, demanding the armed forces de intervene and block a change in government.

"When we try to demonstrate, we are called anti-democratic, we are called extremists," said Carlos Obispo, a demonstrator who covered her mouth in protest of against local media that, according to Obispo, doesn't cover their demonstrations.

There had been widespread concern Bolsonaro might present claims of fraud and challenge the results of Sunday's election, following the roadmap of former U.S. President Donald Trump.

But a week after the elections, no official claims of fraud have been made and Bolsonaro's Chief of Staff Ciro Nogueira told reporters he had received authorization from the incumbent for the transition process to proceed.

As demonstrators shouted for the military to take over in downtown Rio, da Silva supporters gathered in Copacabana beach for a carnival parade to celebrate the leftist leader's victory.

"I think they (pro-Bolsonaro and anti election outcome demonstrators) are going to get tired," said Andréa Bacellar, 40, a da Silva supporter at carnival parade.

"From all that crowd, you actually have a group where some radicals and a lot of people who have been lulled into the fear, the lies and I think that (anti election outcome protests) is going to dissolve," she said.

It was the tightest presidential race since Brazil's return to democracy in 1985, and marks the first time Bolsonaro has lost an election in his 34-year political career.