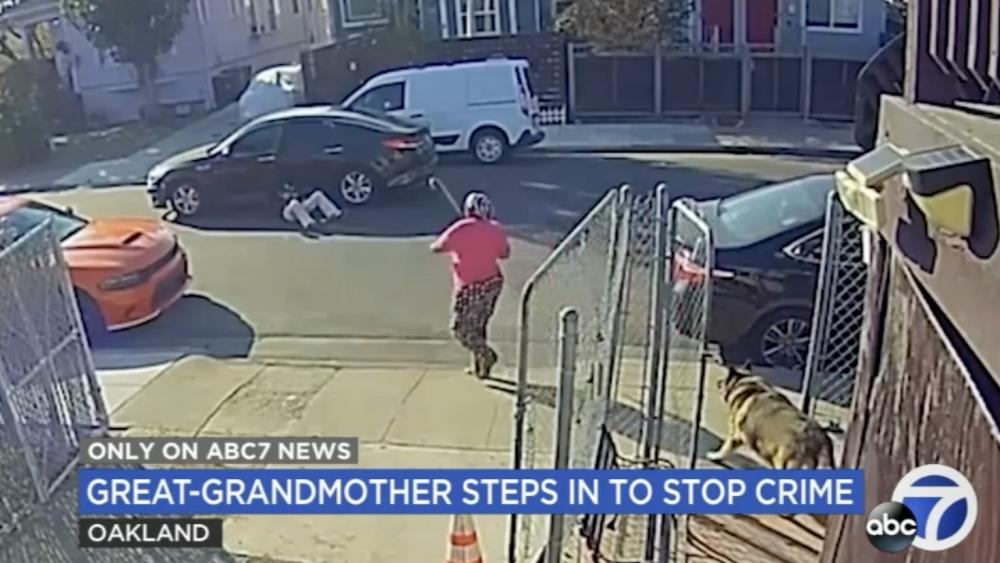 A cane-wielding great-grandma saved the day in Oakland, California, Oct. 12, after a fellow senior citizen was nearly robbed in broad daylight — and the entire incident was captured on camera.

Miss Faye, 76, told KGO-TV about the harrowing ordeal and why she chose to bravely and boisterously confront the culprits.

It all started when she noticed a vehicle coming down the street and saw a young man get out and allegedly assault another elderly neighbor.

Rather than stand idly by, Miss Faye bolted out the door to help.

The bold senior ran toward the car and attempted to beat it with her cane, reportedly causing the man to drop her neighbor’s purse before quickly driving off.

Video of the incident shows an individual on the ground during the shocking ordeal, with Miss Faye seemingly comforting the victim in the wake of the assault.

Remarkably, Miss Faye said she never thought twice about any worries or fears over what could happen to her as a result of the shocking intervention. Watch her explain the ordeal in her own words:

“I never thought about it. Fear never crossed my mind, ’cause I’m crazy, I guess,” she told KGO-TV through laughs. “I don’t know. It’s just something that’s in my nature. I do things, and it doesn’t bother me until a couple hours later. That’s how I’ve always been.”

Her community has understandably been dubbing her a hero after the ordeal. Fortunately, the woman who was nearly robbed, aside from some bruising, is doing fine.

Police continue to investigate and search for those responsible. 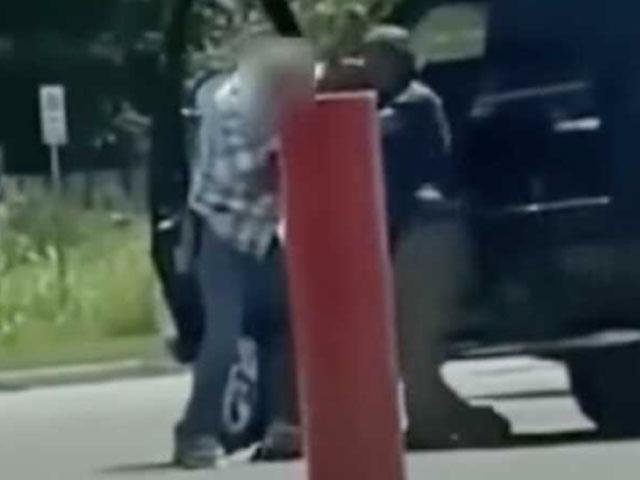