'God Put Me in the Right Place': Doctors Gave Man Just 20 Percent Chance of Survival. But He Defied Odds, Met the Guy Who Saved His Life 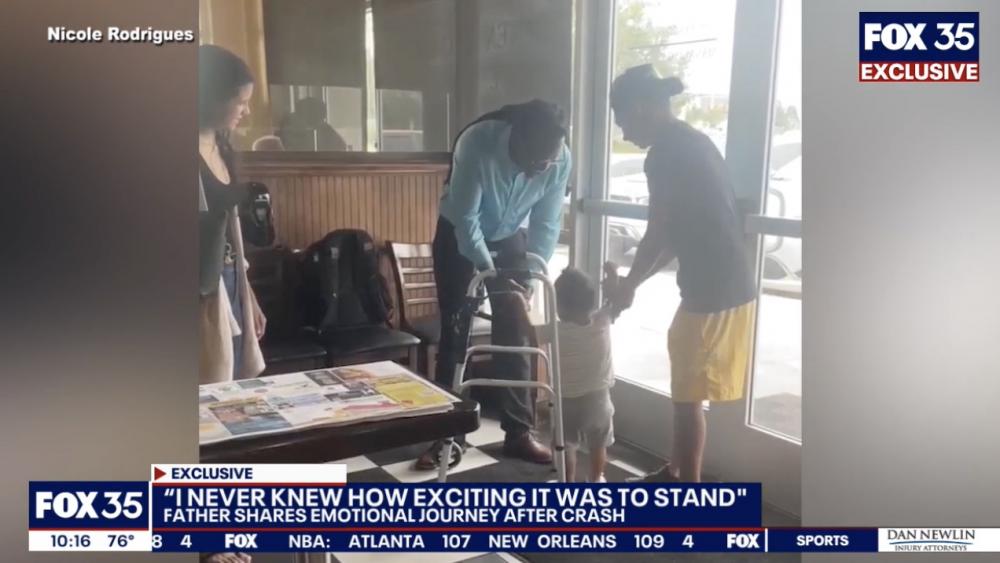 A hero was reunited this week with a father and son he helped rescue after their vehicle flipped over last summer and the dad nearly died.

Wisguere Dormevil was driving in Florida on July 4, when he came across a horrific scene: an overturned vehicle with multiple people on the ground.

He added, “God put me in the right place and at the right time.”

Dormevil took swift action to help. He told WOFL-TV what he encountered on the scene.

“He’s like, ‘There’s a baby in there, there’s a baby,’ and after that, I look down and see the baby sticking out,” Dormevil said, noting he helped lift up the overturned Jeep. “I held it up and they gave another boost of push and then the Jeep kinda lift up and the car seat and the baby was just sticking out.”

His actions were very literally lifesaving. One of the victims, Eddie Rivera, was reportedly given a 20% chance of survival — but is now on the road to recovery.

“I ended up flying out of the top of the Jeep, and I smashed my head on the concrete twice, and I slid with my whole body,” Rivera told WSVN-TV. What the doctors told me is that I have a 20% chance of life, and that they had to kinda reconstruct my head to make sure that I wasn’t gonna die on the operating table.”

A few months later, Rivera is making strides. After spending two weeks in a coma following the accident, he’s calling it a “blessing” to even be able to stand up after what unfolded.

His toddler son, Leo, was also in the car at the time of the accident. Leo suffered a broken leg but is also recovering well, according to WOFL-TV.

Dormevil was recently able to reunite with the family, calling the chance to sit down with them “exciting.” He’s hoping to raise money to help with hospital expenses.

As for Rivera, who wasn’t wearing his seatbelt before the near-death crash, he’s using the opportunity to try and inspire others to make a different choice.

“Wear your seatbelt, regardless of any situation, any circumstance, whether you’re in the back seat or the front seat,” he told WSVN-TV. “That seatbelt may — it could save your life.” 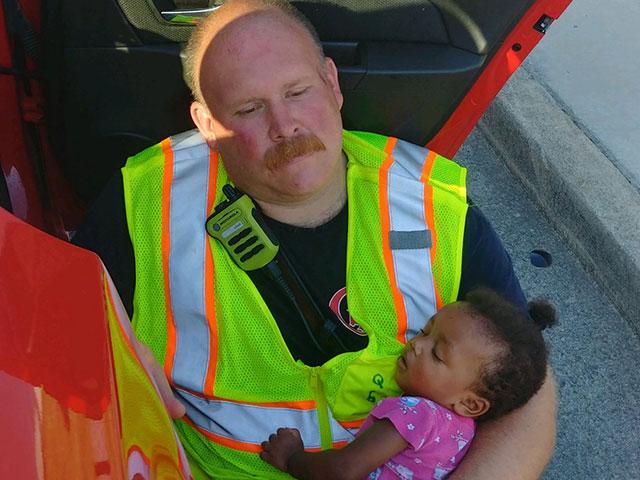 'This is Why I Do the Job’: Firefighter Cradles Baby After Car Crash
CBN News Email Updates