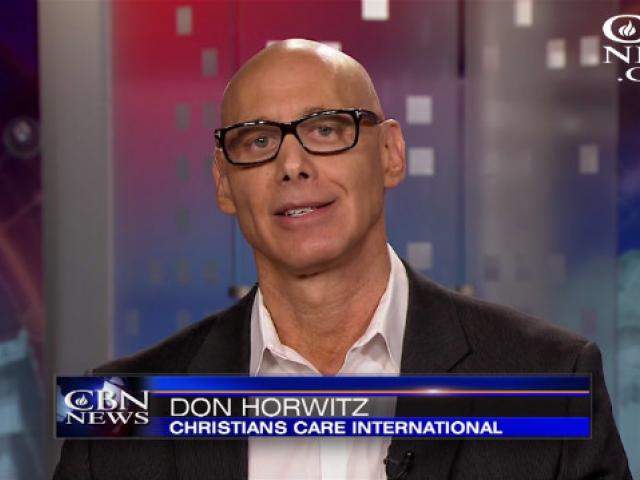 Hundreds of thousands of Jews in the former Soviet Union are trapped in poverty. The elderly are without food and water and many homeless children are suffering from neglect and abuse.

Since the 1990's, the ministry Christians Care international (CCI)-- formerly called "49:22 Trust" --  has been on the frontlines helping the Jewish people. This week the ministry is making new strides by opening a U.S office and launching a new website.

Horwitz who has been working in the former Soviet Union for more than 17 years, says the ministry is needed now more than ever before.

"The Jewish people are facing a humanitarian crisis right now," he told CBN News. "Elderly Jewish people, holocaust survivors, are starving to death every day because they don't have the money to buy food...I can't tell you how devastating it is to walk into these people's homes, see the conditions they're living in and see the suffering, the emptiness in their eyes"

While these poor Jews face poverty and the dark rise of anti-Semitism  in Europe today, CCI is standing in the gap and allowing Christians and Jews to work together side by side.

"We as Christians are standing up for our Jewish brothers and sisters, our holocaust survivors and letting them know we are by their side and will not let hem be alone," Horwitz said. "We offer daily meals, we offer health screening, exercise therapy, brain stimulating activities and psychological care to take care of our elderly people

While Christians Care International is helping Jews at home, the ministry is also a major hand in bringing impoverished Jews to their ancient homeland -- Israel. To date, the  ministry has relocated more than 87,000 Jews to homes the Holy Land.

Not only does CCI bring elderly Jews to Israel, they help them build a life once they get there.

"We offer vocational training in Israel so new immigrants can have the chance to get a great job as they adapt to their new life in Israel and contribute to Israeli society," Horowitz says.

Some might say that Horwitz -- a Jewish man who runs a Christian organization -- is an odd fit for the job, but he says it is not a coincidence he is leading a Christian ministry. He believes it's the hand of God at work in his life.

"God has led me on a remarkable path through my life that I wasn't even aware I was being led down." he said. "God led me on this path. God led me to this position"

He also believes God is calling Christians and Jews to unite during a time when anti-Semitism and Christian persecution are constant threats.

"Jewish people are being persecuted and being hunted down and killed. But it's not just Jewish people anymore. Christians around the world are being killed, too," he said.

By standing together, Horwitz believes Christians and Jews will see a better future.