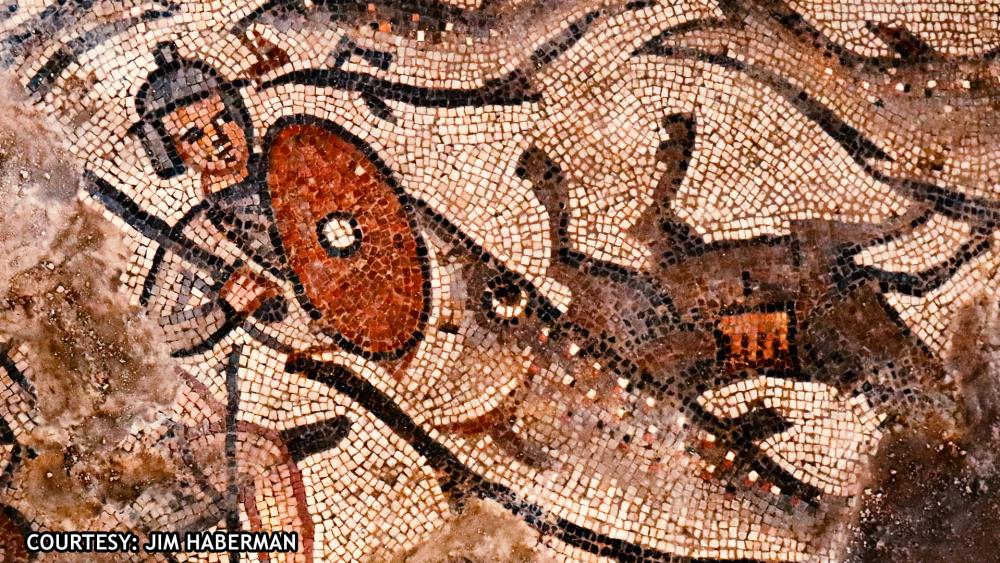 While excavating an ancient synagogue in northern Israel, experts have unearthed beautiful mosaics that show the parting of the Red Sea and Noah's Ark.

The mosaics were found on the floor of the synagogue in Huqoq, which dates back to the fifth century when it was a part of the Roman Empire.

According to a CBS news report these images are very rare for the time period.

"I only know of two other scenes of the parting of the Red Sea in ancient synagogues."

"One is in the wall paintings at Dura Europos , which is a complete scene but different from ours -- no fish devouring the Egyptian soldiers," Magness said.

"The other is at Wadi Hamam, but that's very fragmentary and poorly preserved," according to Magness.

Magness said the art depictions for the ark mosaic are also just as rare and the position of the ark is exact in the image.

"This panel is exactly as it should be...It's facing north, so people could see it as they entered from the south," where the main door would have been located," Magness said.

The excavation also discovered coins going back 2,300 years, which are vital for researchers to gain more knowledge of the synagogue and the associated village, according to a CBS News report.

"This is by far the most extensive series of biblical stories ever found decorating the mosaic floor of an ancient synagogue," Magness said.

UNC at Chapel Hill plans to continue their excavations at Huqoq in 2017.