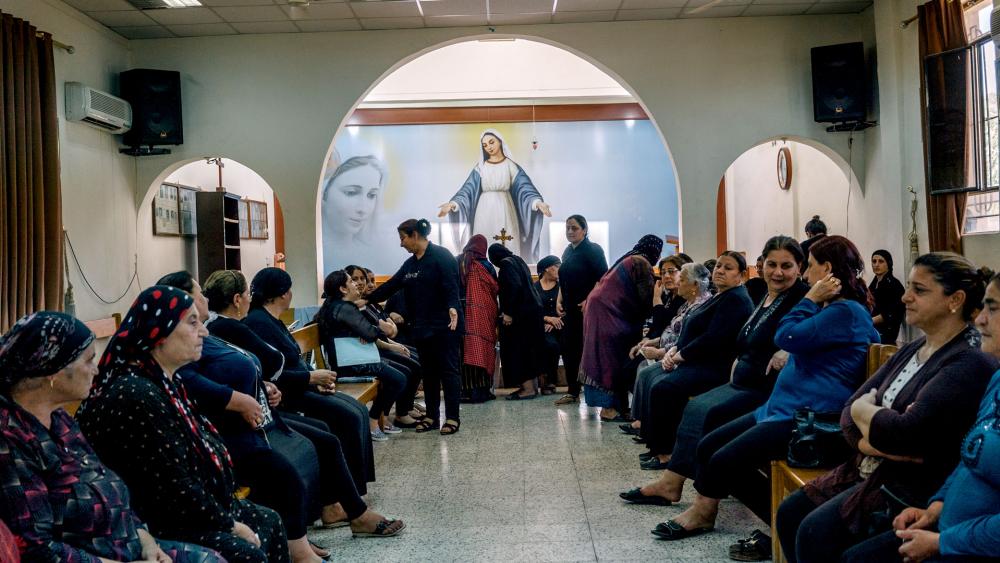 Another group of Iraqi Christians has been able to return home in northern Iraq, this time to a liberated village in Karamlis.

The church bell at Saint Addai Church tolled for the first time in more than two years during a tearful service Sunday.

Even as the congregation struggled to find hope for the future, they sang a hymn about the light of God.

"I stress again in the midst of this destruction, that God is always giving us light to spread peace and love and rebuilding," Rev. Thabet Habib told the few congregants who had returned.

Keramlis, a Christian town on the Nineveh plains in northern Iraq, fell to ISIS in August 2014, two months after the extremist group took Iraq's second-largest city of Mosul and surrounding areas.

The town was retaken by Iraqi forces three weeks ago as part of the push for Mosul, but most of its homes were destroyed in the process.

Many residents of the ancient Assyrian town some 18 miles southeast of Mosul now live in camps in Iraq's Kurdish region. Hundreds of others fled to neighboring countries, Europe, the United States and elsewhere.

Sahir Shamoun and his wife drove four hours from Zakho near the Turkish border to check on their home in Karamlis Sunday.

"I feel great sadness," he said. "I'm not sure when or if I'll be back. I think of my children. Will they have a future here?"

Christians once constituted a sizeable minority in Iraq, but their numbers have dwindled since the 2003 U.S.-led invasion as many have emigrated to the West to escape violence.

Shamoun himself said he has been displaced five times, and that he now believes there is no future for Christians or minorities in the Middle East.