Hong Kong Easter Exhibit Highlights the Truth of the Bible 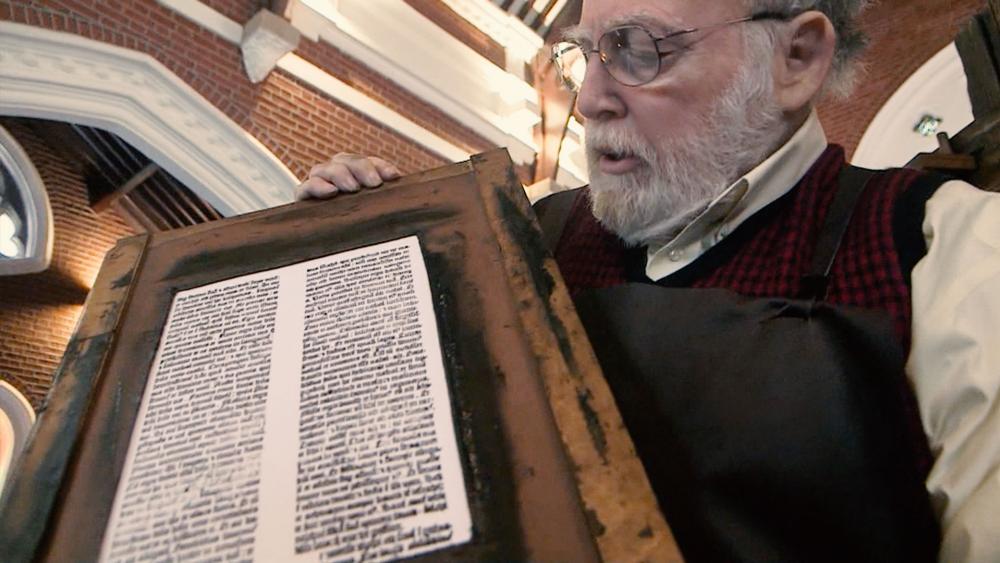 Hong Kong Easter Exhibit Highlights the Truth of the Bible

This year, they're hosting a rare exhibit called "Inspired." It's a showcase of ancient manuscripts, scrolls and artifacts—evidences that prove the Bible is real.

"It is printing that absolutely allowed the Bible to be distributed to the whole world," explained Dr. Rusty Maisel, who creates replicas of the Gutenberg press.

Maisel has been manufacturing replicas of the Gutenberg press for the past 20 years.

"I was able to get into the schools that would not under ordinary circumstances allow Bible items into the school. That's the reason for me of building presses," Maisel said. "It gets my Bibles into public schools."

The Gutenberg printing machine is among the more than 75 items on display at Hong Kong's St. Andrew's Church.

Others include rare artifacts, like ancient scrolls and manuscripts, that tell the history of the Bible and how it was preserved through time.

"People need to be affirmed that the Bible is true and trustworthy. They need to be inspired by its story of preservation. People sacrifice oftentimes life to preserve the Word," Dr. Scott Carroll, CEO of the Inspired exhibit, told CBN News.

"These stories, which are inspirational, build confidence in the Bible," he explained. "Ultimately, we hope it will drive people into a deeper relationship with the Lord through reading Scriptures, and even for people who are not believers, cause them to consider the wonderful evidence that we have for Christianity."

The Inspired exhibit has given the churches here in Hong Kong a special tool they can use to prove to people here that God's word is authentic and that it is the only thing that can give permanent hope, especially during times of political uncertainty.

"We have political changes, and people will know through this exhibit that God's Word is indestructible and reliable. And so we can trust our history, our future into God's hands," said Dr. Victoria Kwok, secretary general of the Chinese Bible International.

"How will this exhibit actually benefit the people of Hong Kong is if we as Christians come, we see it, but then we take out to the streets of Hong Kong, the fact that our faith is real and authentic," Snelgrove said.

God is using the Inspired exhibit to promote his word to different parts of the world. Next stop is St. Petersburg and Moscow on the 500th anniversary of the Reformation.