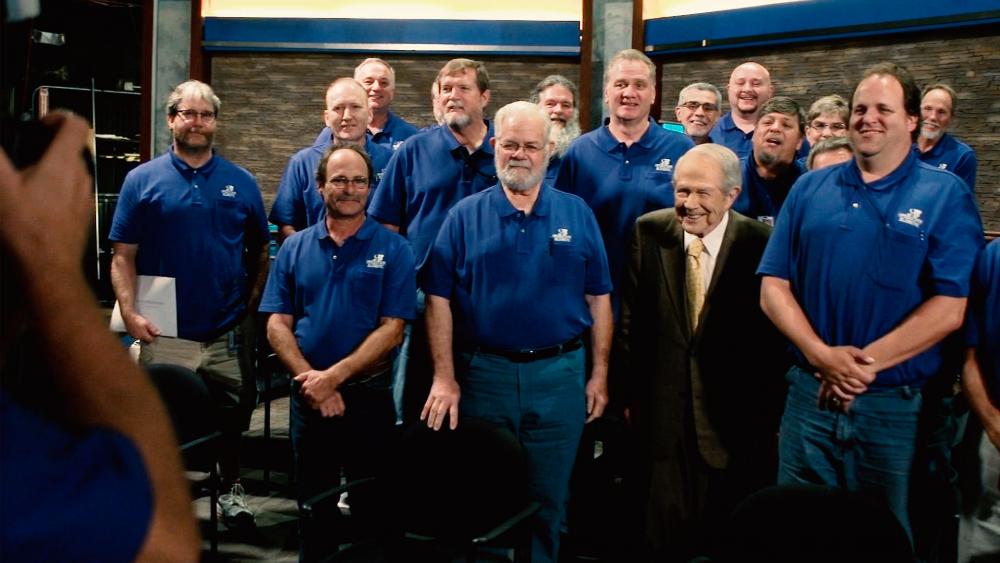 The drivers of the trucks recently got their picture taken with CBN Founder and Chairman Dr. Pat Robertson.

The Hunger Strike Force hauls food and supplies to those in need.

Over the fleet's 25-year existence, drivers have distributed 1.5 billion pounds of food and relief supplies.

"To me, it's like a life blood because when those trucks show up at a disaster site, it means hope has come in," Robertson said.

And the drivers say they love what they do.

"It feels good just to go into needy areas especially to see people when they light up when they see us coming, and then when I step outside of that truck, I feel so good to be a part of that, to be able to take care of those people," said Operation Blessing driver Darnell Woodard.

"I'm grateful for this opportunity; I love the Savior and appreciate CBN and Operation Blessing for the effect they have on people and the help they give," said driver Frank Kennedy.

Kennedy told CBN News that he believes his position is a calling and that "it's not drivers that minister; it's ministers who drive."