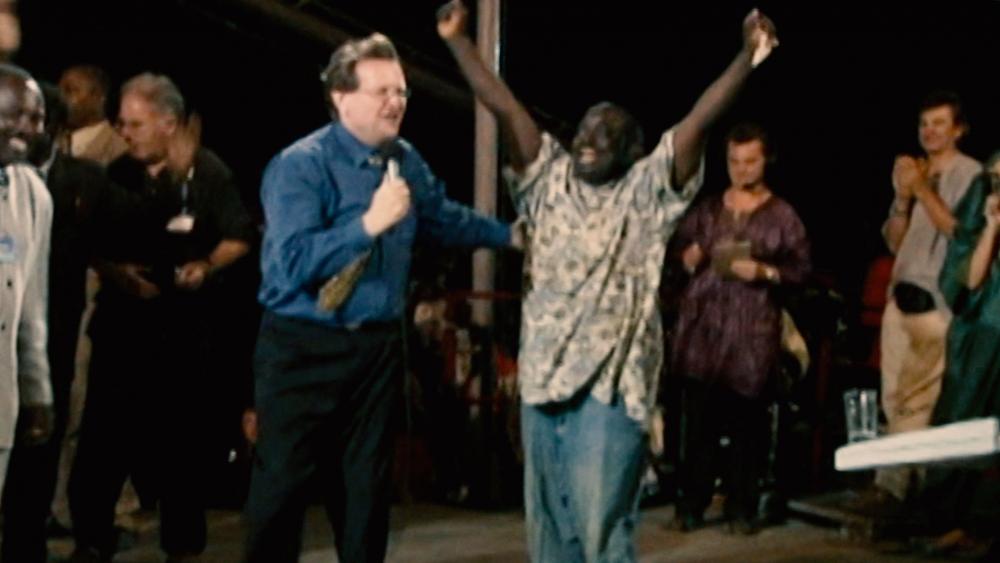 The number is staggering: 75,913,155. That's how many people have come to Christ through the ministry of Reinhard Bonnke.

The German-born evangelist is founder of Christ for All Nations (CfaN). Now, he's preparing for his final crusade, and has decided to go back to where it all began more than 40 years ago.

"The Lord spoke to me, that I should go back for one more crusade in Africa," Bonnke said on CfaN's website. "I want not only to see a gigantic harvest of souls but TO PASS MY BURNING TORCH to this generation."

Bonnke, his wife Anni, and their young son moved to the tiny African nation of Lesotho in 1969. The couple spent seven years working there as missionaries. It wasn't easy.

Bonnke says it was during those difficult years that he started praying to see more souls saved across the African continent.

He says God gave him a vision for "a continent washed in the blood of Jesus Christ."

In 1974, Christ for All Nations was birthed, and since then more than 75 million people have accepted Christ through the ministry.

All these years later, Bonnke says the vision still burns in his soul.

"Whether I am eating or drinking, awake or asleep, the vision is ever-present. It never leaves me."

Now, at 77, Bonnke is passing the torch to a new generation of evangelists as he prepares to retire after more than 40 years in ministry.

Lead evangelist of CfaN, Daniel Kolenda, has been tapped to succeed Bonnke. But before he leaves, Bonnke wants to return to the continent he loves so much for one final farewell gospel crusade.

"Recently, I traveled to Lagos, Nigeria to meet with the spiritual leadership there and they gave their unanimous support."

Although the crusade isn't happening until November, preparations are well underway.

"Currently we plan to recruit 500,000 counselors, 200,000 intercessors, a choir of over 23,000 and a security force of over 10,000," said John Darku, CfaN's African director. "There is great excitement from all the churches in the country, and we are expecting a spectacular harvest of people coming to Christ."

Thomas says the potential magnitude of his final crusade could be huge.

According to CfaN, the last time Bonnke held an event in Nigeria in 2000, 6 million people attended and 3.4 million made decisions for Christ.

"I don't think personally that there is one single man or ministry that has had this much of a profound impact on the length and the breadth of this beautiful continent than Reinhard Bonnke," Thomas added.

"I'm thrilled to join with Reinhard in this vision, and know that the results of this crusade will be farther-reaching and of even greater consequence than we can even imagine."

In a Facebook post, Bonnke said, "This will be a truly momentous event, where we believe millions will, not only hear the Gospel, but will be saved, healed, and delivered!"

For a man who has witnessed the power of the Gospel countless times, Bonnke says he wants to see the Lord move in new and greater ways this November in Nigeria.

"I believe God is going to do something I have never seen before."