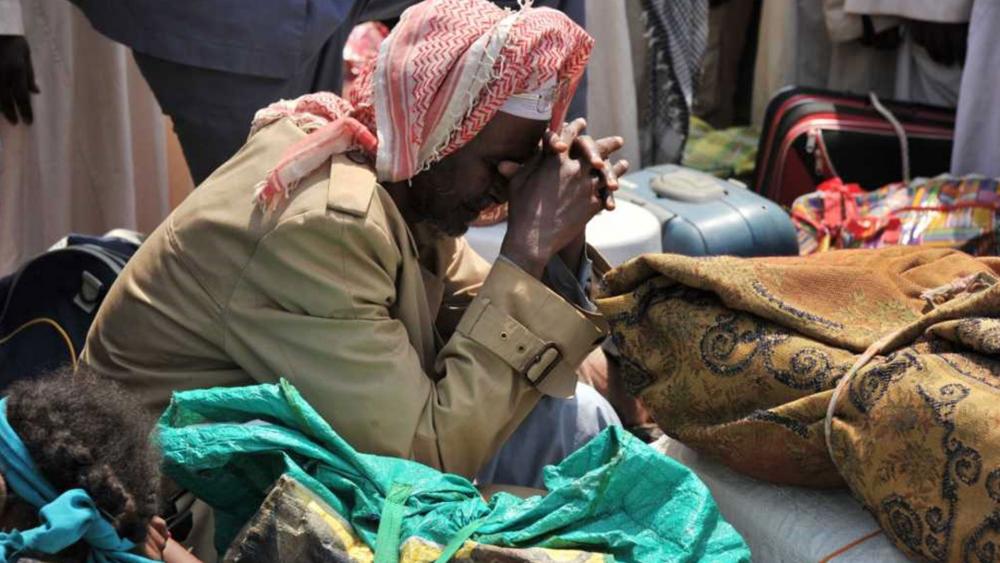 A missions group that smuggles Bibles into the Middle East is reporting that a radical Muslim who attempted to kill a Christian pastor earlier this month subsequently underwent a dramatic conversion to Christianity.

According to a report from Bibles for Mideast, Ibn Yakoobi was a “Muslim extremist” who was part of a mob that recently attacked Christians and destroyed their church in a central African country.

The missionary group said that Yakoobi then tried to kill the pastor of the church, but that some “supernatural” phenomena, including an intense storm, helped to protect the preacher and some of the other Christians there. The moment of supposed divine intervention left Yakoobi and other Muslims who observed it a state of curiosity about what exactly had unfolded during their attack.

Some people were so rattled that they even started attending the Christian prayer meetings.

And not long after the incident, Yakoobi himself is said to have stood up and challenged the imam at his mosque who was speaking out against the local Christians. Clearly emboldened by what unfolded, Yakoobi asked why the Muslim faith leader didn’t have the God-given ability to stop the Christians if they were as evil and wrong-headed he was claiming.

“Why then, imam, can’t you do miracles as Prophet Moses did and destroy their black magic?” he reportedly said. “If you can’t, don’t talk about it!”

After being beaten and kicked out of the mosque for openly rebuking the imam, Yakoobi reportedly had a vision of Jesus, with Christ telling him about the biblical sacrifice he made for all of humanity.

“I was brutally beaten, wounded, crucified and died on the cross of Calvary. After death, they pierced my side with a spear. But I rose from the dead,” Jesus said. “You are healed by my wounds. You are purified by my blood. You have salvation by my death. And you have eternal life by my resurrection. Now I give you a new heart and new life. Be faithful.”

Yakoobi became a Christian and rushed to tell his friends and family about his conversion — including some of the individuals who had originally attacked the church. In the end, some of those people also decided to embrace Jesus.

And that’s not all, many also realized the error of their ways and decided to rebuild the church they had previously destroyed.

“Early Saturday morning, the former attackers gathered together and collected new roofing materials and began rebuilding the church roof,” the Bibles for Mideast story reads. “They asked forgiveness of the pastor and believers, and promised to rebuild the rest of the church soon. They then joined in the day’s prayer service.”

The details of this story have not been independently verified, though this would hardly be the first time that a Muslim extremist claimed to have encountered Jesus and converted to the Christian faith. As Faithwire previously reported, a few months back a purported Islamic State leader plotted to kill a Christian man — but ended up changing course and converting to Christianity.

And there are scores of stories about Jesus reportedly appearing in dreams to Muslims — experiences that have led many to become believers in Christ.

– Ex-Convicts Were Consumed by ‘Drugs, Guns and Gangs’ but Their Redemption Story Proves People Can Change

– ‘Fight for Me’: American Pastor Reportedly Detained in Turkey on Bogus Terror Charges Pleads With Trump