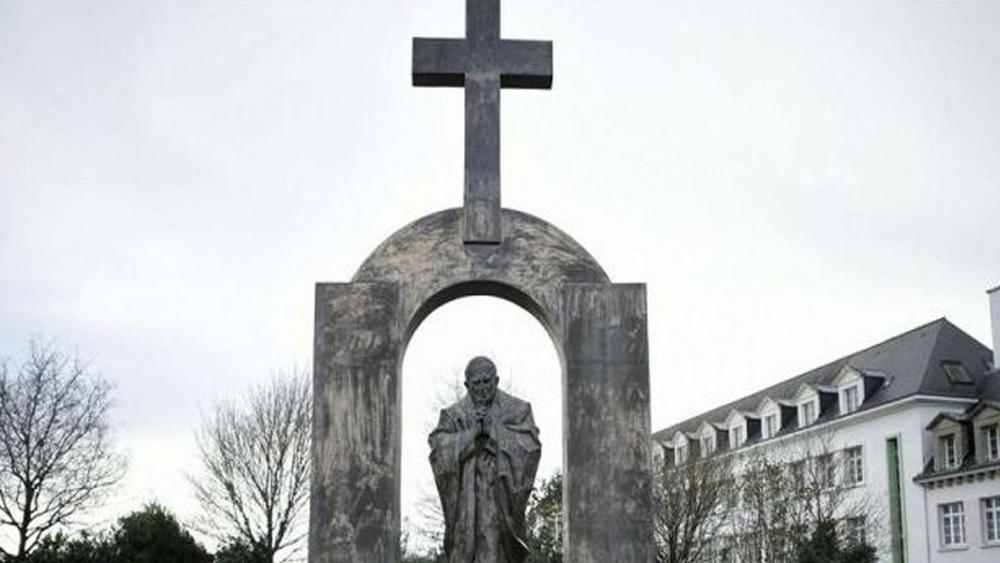 Some 350 Europeans rallied together to protest a French court's decision to remove the cross from Pope John Paul II's statue.

France's State Council, the country's highest court, said the cross violated a 1905 law calling for the strict separation of church and state. According to Express, the court says the statue can stay, but the cross must come down "within the next six months."

Critics are calling the move a blatant example of  "Christianophobia."

Protestors, which included activists from the groups "Front National" and "Don't Touch My Cross," demonstrated in front of the statue, holding up signs saying "Stop Christianophobia" and "Chase Christianism and you'll get Islam."

The ruling also triggered anger from the late pope's native country of Poland.

Beata Szydło, Poland's prime minister, offered to move the statue to the country to avoid the "dictates of political correctness".

"Our great Pole, a great European, is a symbol of a Christian, united Europe," she said.