'Light Will Always Break Through the Darkness': President Trump's Hanukkah Message to Jews Around the World 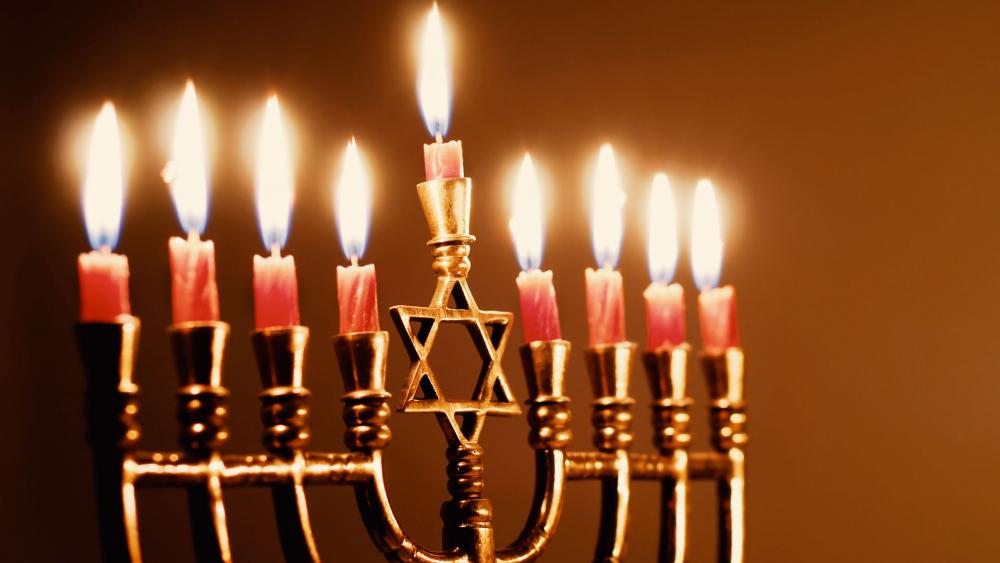 President Donald Trump and first lady Melania Trump sent their warmest greetings to Jews in the United States, in Israel, and around the world in celebration of the Jewish holiday of Hanukkah.

The eight-day Jewish celebration known as Hanukkah or Chanukah commemorates the rededication during the Second Century BC of the Second Temple in Jerusalem, where according to the historical record, Jews rose up against their Greek-Syrian oppressors in the Maccabean Revolt.

"For eight nights, Jewish families and friends will come together to engage in the lighting of the menorah. This special tradition started more than 2,000 years ago during the rededication of the Holy Temple in Jerusalem, which followed a trying period when Jews were persecuted for practicing their faith," the president and first lady said in a statement released Sunday by the White House.

The president also remembered those who lost their lives in the shooting at the Tree of Life Synagogue in Pittsburgh in October.

"Unfortunately, Jews today continue to face many different forms of violence, hatred, and bigotry around the globe.  We remember all those from the Tree of Life — Or L'Simcha Congregation — whose lives were tragically taken in Pittsburgh, Pennsylvania, this past October.  As one nation, we pledge our continued love and support for the victims, their families, and the community, and we pray that the victims' families find some measure of peace and comfort during this holiday season," the statement continued.

"Over the coming days, may the warming glow of each candle on the menorah help fill homes and hearts with love and happiness.  Together, we reaffirm the truth that light will always break through the darkness.  We send our very best wishes for a blessed and happy Hanukkah," the statement concluded.