Many Australians Are Turning Away from God, but These 2 Churches Are Booming 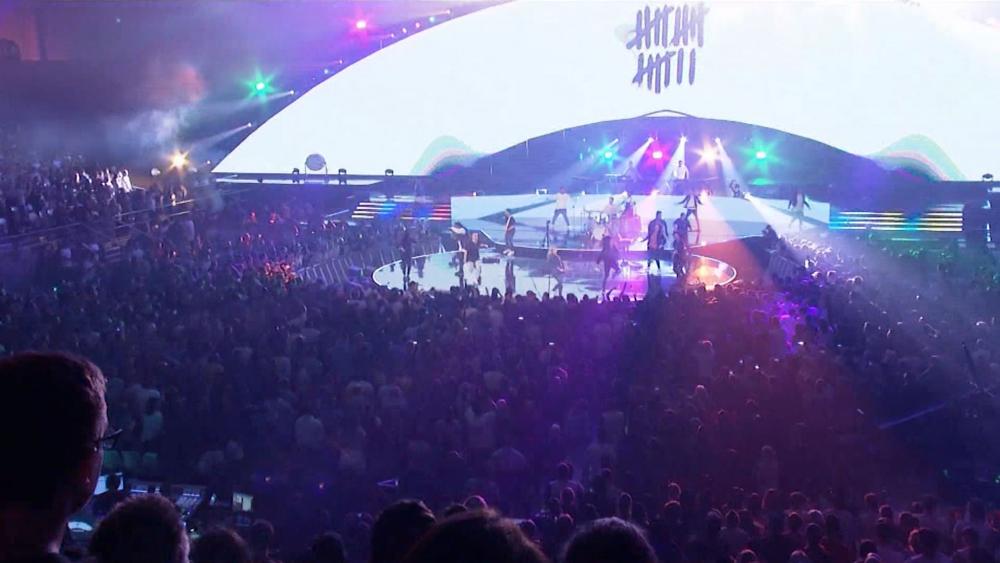 MELBOURNE, Australia – A new census reveals nearly a third of Australians say they have no religion. The country is rapidly becoming more secular and Christianity is also declining. But several churches are defying that trend.

Churchgoers say attending a Sunday service at Planetshakers or Hillsong is like going to a concert. Both churches are world renowned for their worship bands.

Planetshakers Senior Pastor Russell Evans says they have been blessed with powerful songs, but more important is how worship ushers the congregation into the presence of God.

"We can touch people's hearts with the presence of God and they can be changed in their hearts. Then we can disciple them to change their world," Evans said.

Planetshakers began in 2004 with 12 people. It has now grown to more than 30,000 in 14 years. Pastor Evans says the big number of people going to their church is a miracle because only 8 percent of Australians attend church services.

"The challenge of the church - sometimes we don't speak the language of the day, and we're wondering why we're not winning the next generation. If we can speak the language and have power - the gospel is the power of God - then people want to connect with it," Evans said.

Busloads of high school kids flock to Planetshakers Church on Sunday afternoons.
Youth leaders collect them from different parts of the city. And they say it's in this church that they find their identity and a sense of belonging.

Nya who suffered from anorexia and severe depression is one of them.

"I was getting bullied at that time. A couple of days later I went to the hospital, and I woke up three days later. One of my cousins from Planetshakers invited me to come to church. And that's when I encountered God. I went back to school and I kept coming to church. And now I'm becoming a leader at Planetshakers. I couldn't be more thankful," Nya said.

Susannah Harrison, another youth leader at this Aussie megachurch, said, "If you look at Australian youth today, mental health, mental illness is on the rise. So many teenagers coming in broken and it's in the presence of God in services, in small groups, that is where they find that love, they find that hope, they find that joy that they've been looking for."

Founded in 1983, Australia's massive Hillsong Church has expanded to 69 services in 27 locations across the country. Each week, more than 40,000 people attend Hillsong services. Like Planetshakers, its efforts are focused on reaching young people for Christ.

Born into a church with a global influence, Hillsong Youth Pastor Laura Toggs sees the importance of carrying on the church's vision. Its goal is to draw the nations to Jesus by meeting the needs of the emerging generation. Thus, the youth movement of brand new praise and worship, Young and Free, was created.

Toggs said, "I'm always amazed because I look out and I'll just see everywhere we go, young people dancing in that joy, dancing in that freedom. And I think, wow, that's such a fulfillment of the vision that God placed within our hearts."

Both Hillsong and Planetshakers are determined to win the remaining 92 percent of Australia to Christ.