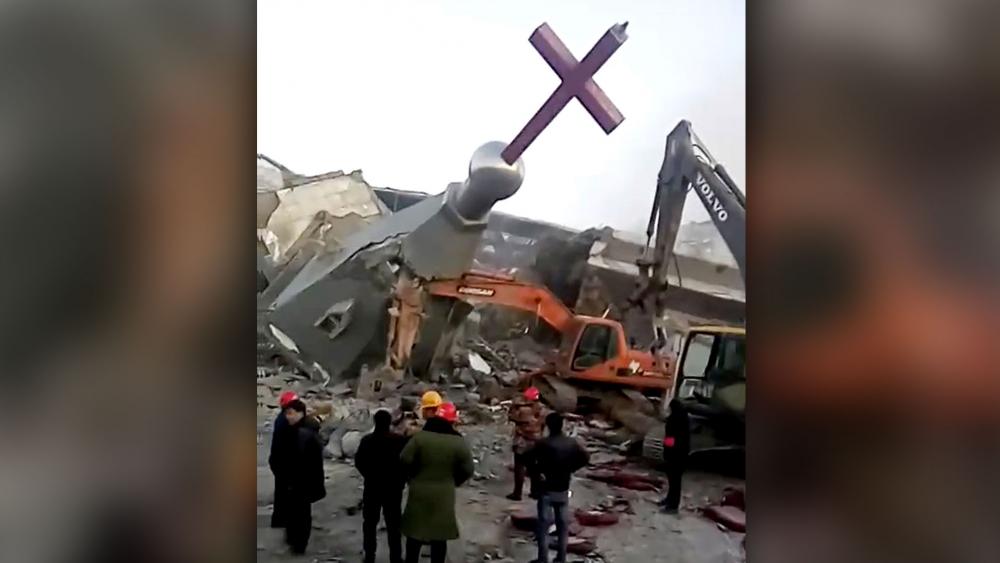 A church in northern China's coal country that once served as the worship center for more than 50,000 congregants is no longer standing.

All that is left of the Golden Lampstand Church in the city of Linfen in Shanxi province is the church's steeple and cross which now lays on top of a large pile of rubble.

This is not the first time Golden Lampstand Church has come face to face with Chinese government officials.

During the church's construction in 2009, 400 police and other officials attacked church members, defaced the building, and seized Bibles.

Several of the church's leaders, including the pastors and their relatives, were arrested. They were charged with illegally occupying farmland and disturbing traffic order by gathering together.

Evangelist Yang Xuan, the founder of the church, spent 3.5 years in prison and Yang Caizhen, his wife, was sentenced to two years in a re-education labor camp and beaten while incarcerated.

" … the police surrounded the Golden Lampstand Church. Patrol wagons guarded the church. Workers smashed the church's glass. At this point, excavators are digging into the church, but we are not allowed to enter or watch. The village head and the police from the local police station warned all the believers against entering the church. Now, we really have no idea what is going to happen," Yang Rongli told a ChinaAid reporter.

There are about 60 million Christians in China, but the increase of non-state-approved church is causing persecution from the government.

"The repeated persecution of Golden Lampstand Church demonstrates that the Chinese government has no respect for religious freedom or human rights," ChinaAid President and Founder Bob Fu said. "ChinaAid calls on the international community to openly condemn the bombing of this church building and urge the Chinese government to fairly compensate the Christians who paid for it and immediately cease these alarming demolitions of churches."

An unidentified official told the state-run Global Times newspaper that the recent demolition of Golden Lampstand Church was because the church did not hold the necessary permits.