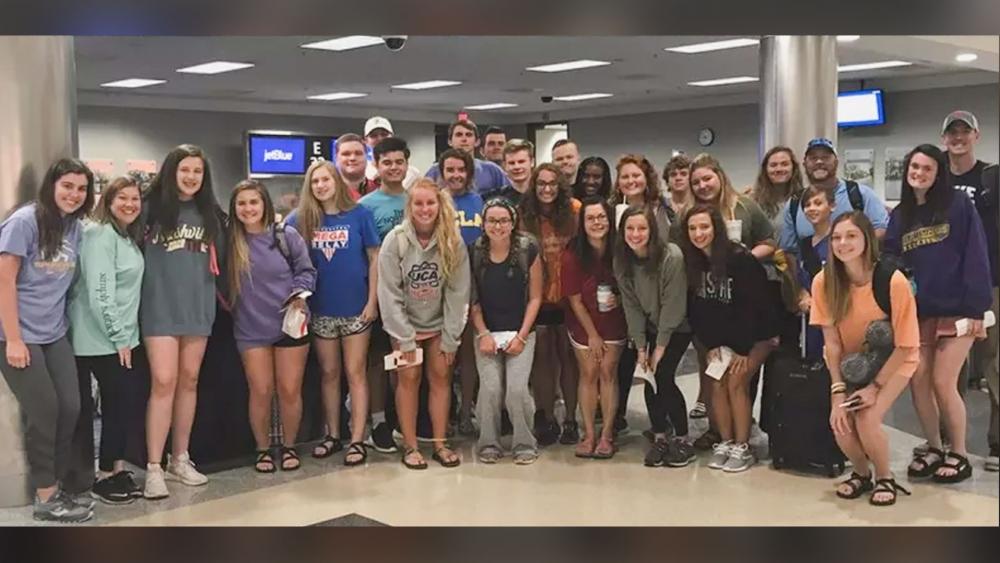 Several missionary groups are back in the United States after being trapped in Haiti amid violent protests. Volunteers from multiple states including North Carolina, South Carolina, Florida, Georgia, and Michigan were left stranded after riots over rising gas prices erupted in the capital of Port-au-Prince

A team from Woodland Community Church arrived in Florida Monday, much to the delight of their friends and families. The group were seen in a video holding hands and thanking God for bringing them back to safety.

"God we love you so much. Thank you so much for bringing us home," one of the group members prays in the video.

After dealing with protests in Haiti and being turned back on their way to the Port Au Prince Airport, Missionaries from Woodland Community Church in Bradenton reunite with loved ones. Details on the morning show @SNNTV pic.twitter.com/j4tfHGgjMr

Worship leader Jacob Wesley told SNN News the protests came as a blessing in disguise because it allowed them to invest in Haitans they were ministering to.

Teams from North Albemarie Baptist Church in North Carolina are also on their way back to the U.S. They were using a medical ministry and orphan care to bring the gospel to the Caribbean nation.

Pastor Brad Lynch told CBN News he thanks God for being with his teams during their mission.

"We are obviously very excited that they are coming home, that they're safe -- God has been unbelievably gracious during this time," he said.

A last minute opportunity allowed the teams to get on a plane Tuesday.

Lynch says the group is ready to return to Haiti in the fall.

"It has stirred up a fire in our people to get ready to get back to Haiti to minister there," he shared.

Kessington Church in Michigan also announced that their missionaries are flying home to the US on Tuesday.

"We are looking forward to celebrating their stateside arrival at the end of this journey. We are thankful for the support, encouragement, help, and prayers from so many in our community," the church said in a Facebook post.

Other ministries and volunteers are still trying to leave the country.

However, the State Department on Tuesday wanted U.S. citizens to avoid the airport in Port-au-Prince because of the violent riots.

"Due to the security situation, U.S. government personnel continue to shelter in place and U.S. citizens are advised to do the same. If you attempt to go to the airport, exercise extreme caution and only do so if the route is open," reads a travel advisory on the State Department's website.

"Do not travel to the airport unless you have a confirmed airline ticket. Contact the airline for information on seat availability. Expect large crowds and delays at the airport," it added.

Official numbers of injured and dead have not been released, but NBC News reported that several "bodies" are in deserted streets