VATICAN CITY (AP) — Pope Francis dug deeper into the roots of Chile’s sex abuse scandal by meeting Saturday with a group of priests who were trained in a cult-like Catholic community and suffered psychological and sexual abuse there.

Francis celebrated Mass with priests trained by the Rev. Fernando Karadima, a powerful preacher in Chile who was sentenced by the Vatican in 2011 to a lifetime of penance and prayer for having sexually and spiritually abused young parishioners through an abuse of power.

The Vatican said the Mass and subsequent weekend meetings would help Francis better understand life inside Karadima’s El Bosque community, which catered to the rich and powerful of Santiago society during and after the Pinochet dictatorship.

A Vatican statement said Francis hopes to help heal the divisions that the El Bosque scandal has created in Chile’s church and help rebuild healthy relationships between priests and their flock “once they become conscious of their own wounds.”

El Bosque generated some 30 priests and four bishops before Karadima was removed from ministry and a priestly society affiliated with El Bosque was closed. The recent eruption of the scandal has focused on one of the four bishops, Juan Barros after Francis strongly defended him only to then admit he had made grave errors in judgment.

But the scandal has spread far beyond El Bosque and has implicated the Chilean hierarchy, which has sought to place the blame on the church’s dramatic loss of moral authority on the Karadima scandal alone.

Francis’ meetings this weekend with priests trained by Karadima, as well as some other members of El Bosque, suggest he is trying to better understand the dynamics of a cult-like religious community where the abuse of power and spiritual abuse left lasting damage on victims even if they were not sexually molested.

The Rev. Eugenio de la Fuente, one of former El Bosque priests who has spoken publicly of the abuse of his conscience that he endured, told reporters late Saturday that Francis far exceeded his expectations by listening and consoling the group for over four hours.

The pope, he said, “was admirably empathetic and suffered from my pain.” De la Fuente said he left hopeful that the Chilean church could be reformed because “I see he has a complete and profound understanding of the problem and has truly clear ideas for going forward.”

The El Bosque scandal is similar to others that have recently roiled the Latin American church, including the Mexico-based Legion of Christ and the Peru-based Sodalitium. All three involved a closed, secretive religious community where a cult of personality grew around a charismatic leader whose demand for obedience and silence enabled him to sexually and psychological abuse by his followers.

In a letter this week to Chile’s Catholic community, Francis became the first pope to publicly refer to a “culture of abuse and cover-up” in the Catholic Church, suggesting that he is coming around to the view of victims and their advocates that the clerical culture itself is a big part of the problem.

The Rev. Francisco Astaburuaga, who has provided spiritual support to several of Karadima’s victims and was part of the meeting Saturday, said he agreed with Francis’ assessment in the letter.

“He asked forgiveness in the name of the church,” Astaburuaga told reporters. “It was very comforting, and a great sign of humility on the part of the Holy Father to once again ask forgiveness.” 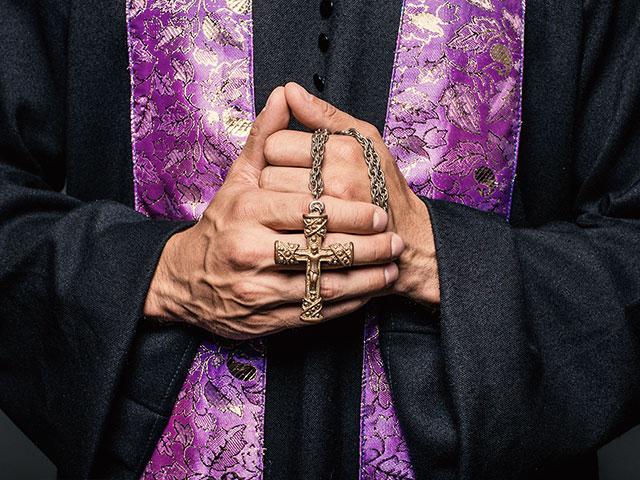